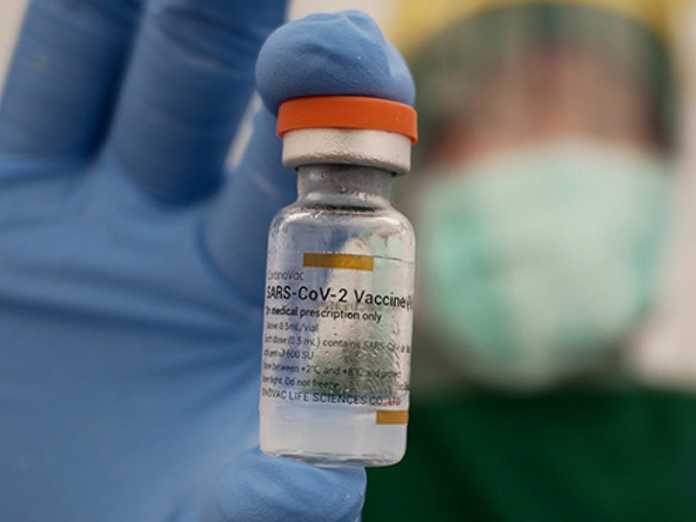 In the coming months, vaccine nationalism is likely to compound COVID-19 economic damage and penalize more lives. It reflects the utter failure of multilateralism. It is old colonialism in a new disguise.

After mid-January, WHO chief Dr Tedros warned that, due to unequal COVID-19 vaccine policies, “the world is on the brink of a catastrophic moral failure and the price of this failure will be paid with lives and livelihoods in the world’s poorest countries.”

And yet, in contrast, The Economist reported it was “Asian governments” that “are needlessly hampering vaccination drives,” due to their “nationalism and geopolitics.”

The simple reality is that by mid-January almost 40 million vaccine doses had been given in nearly 50 rich-income economies, whereas one poor nation had only 25 doses. As a result, 9 out of 10 people in poor countries are set to miss out on COVID-19 vaccine in 2021, according to Oxfam.

Last year, the pandemic relief efforts soared to an estimated $20 trillion, according to Bank of America. That is likely to unleash a series of debt crises in the future.

Thanks to misguided COVID-19 unipolarity, particularly by the Trump administration, the outcome has been historical economic and human damage. Despite the worst recorded global contraction, more than 110 million pandemic cases and over 2.5 million deaths, more will follow.

What has dramatically compounded the pandemic crisis has been the failure of the major advanced economies to implement the WHO’s multilateral preparedness plan.

Before fall 2020, that plan represented barely 0.01% of the world’s cumulative output loss, as measured by the costs of the global contraction. By shunning multilateral cooperation, developed countries chose exorbitant costs that will penalize both them but particularly the poorest economies.

Usually, neocolonialism is defined as the use of economic, political, cultural, or other pressures to control or influence other countries, especially former dependencies. Vaccine nationalism is a case in point.

Recently, Philippine president Rodrigo Duterte accused the European Union (EU) of holding up supplies of COVID-19 vaccines: “This is a fight among the highest bidders, who can pay first.” Actually, he has a point. And it’s not just the EU that has been hoarding vaccines.

On the basis of public records, governments in high-income economies, representing barely 16% of the global population, have struck pre-orders covering at least 4·2 billion doses of COVID-19 vaccines. According to a just-released report by Lancet, these countries have secured at least 70% of doses available in 2021 of five leading vaccine candidates, on the basis of known deals (Figure).

Multilateralism is moral, safer and cheaper

By late November 2020, Canada and the US had already pre-ordered up 8-9 doses of vaccines per person. The UK, Australia and the EU followed in the footprints with 5-6 doses per person. That contributes to higher prices, which hurts all countries, but particularly the poorest ones.

What we need is multilateral cooperation across all differences. Here’s why: It is moral, safer, and cheaper.

Multilateral cooperation is moral. It’s the right thing to do. And it reduces the current gap between high-income economies’ rhetoric and the devastating realities in the poorer economies, which may have adverse political repercussions over time.

Multilateral cooperation is safer. During global pandemics, we are only as safe as our weakest links. Like its precursors from the Black Death to the Spanish Flu, COVID-19 is democratic. Ultimately, it will spare no one. However, if containment involves all nations, it will minimize cases, deaths, and potentially fatal mutations.

Multilateral cooperation is cheaper. Due to vaccine nationalism, vaccines are still distributed too slowly, remain in short supply and mainly reserved for high-income economies. Recent research suggests that up to 49% of the global economic costs of the pandemic in 2021 could be borne by the advanced economies, even if they achieve universal vaccination in their own countries.

Unsurprisingly, the pandemic has drastically boosted inequality. If it is allowed to increase after the crisis, this will have a profound long-term impact on poverty levels, according to World Bank.

If all countries’ Gini indices increases by just two percentage points annually, the worst-case scenario would result in global growth contraction of 8%. That would mean that over 500 million more people would be living on less than $5.50 a day still in 2030 (compared with a scenario with no increase in inequality).

As a result, global poverty levels would soar higher than they were prior to the pandemic still in 2030.

Thanks to the failure of multilateral cooperation, the number of COVID-19 cases and deaths is now far, far higher than initially anticipated. In turn, the greater spread of the global pandemic has ensured a greater number of mutations.

Most of these mutations tend to be benign, but huge numbers contribute to rising probability of adverse outcomes. In recent months, new variants of the original virus have been spotted in different countries – UK, Brazil, South Africa, US – and seem to cause major changes in the way the pathogen acts, including its contagiousness.

Scientists in the U.K. had been watching the B.1.1.7 variant for some time before announcing in December that it might be at least 50% more transmissible than the original form. Moreover, scientists are concerned about another mutation in South Africa in which a genetic change may help the virus evade the immune system and vaccines. Similar concerns involve new variants in Brazil and the US.

The longer the crisis lingers, the greater remains the probability for potentially malignant outcomes.

With more than a hundred million infected people (and the real number may be substantially higher) creating antibodies against the virus, still other versions are likelier to emerge that could evade the immune system, reinfect even recovered persons and then become more widespread in a population.

That would represent still another outcome of the failure of multilateralism.