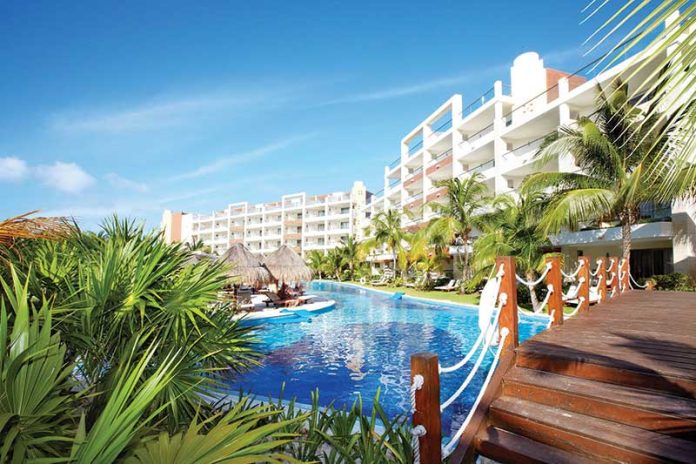 The Caribbean is a region made up of several islands and is characterised by the diversity of its countries, due to economic, political, ethnic and social differences. Many of these islands are part of the overseas territory of other countries, and many are sovereign nations. In most cases, the Caribbean countries have political stability. However, each of these nations has specific economic characteristics, with disparities between them that are obvious, such as the levels of poverty observed in Haiti. The heterogeneous characteristics of the region and the impacts arising from recent events – the pandemic and the war in Ukraine – will shape future prospects for the inflow of resources from foreign direct investment.

The Caribbean is a region made up of several islands and is characterised by the diversity of its countries, due to economic, political, ethnic and social differences.

The region was hit hard by the COVID-19 pandemic, due to the drop in the tourism sector, as well as the abrupt slowdown in global economic activity. The number of tourists plummeted, hitting rock bottom in May 2020. There were signs of economic recovery in the first quarter of 2021, but the movement lost strength in the second quarter, due to the reappearance of COVID cases. The pandemic, and its effects on the economy, may have left economic scars that will make it difficult for many of the regionʼs nations to resume growth.


The war in Ukraine resulted in a scenario of global economic uncertainty, negatively impacting the region. Specifically, the Caribbean will be affected by the drop in global trade, as the regionʼs main trading partners (the United States, China and the European Union) will experience a decline in economic growth. Current account deficits are also expected to remain high, because of the fall in tourism revenue and the increase in the prices of imported products. Inflation is another factor putting pressure on world economic activity, leading central banks to raise their interest rates to contain the persistent rises in prices. The result of this policy will be the deterioration of public accounts of indebted countries and the deceleration of the economy in this region and globally. Nations that depend on tourism activity will have greater difficulties in facing the scenario in prospect. On the other hand, the crisis in energy prices resulting from the war in Ukraine brought good news for oil and gas producing countries (e.g., Guyana).


As a result of the global situation, the growth forecast for the region is as follows:

In the economic context, a subgroup of countries in the region, known as “small Caribbean states”, stands out: Antigua and Barbuda, Bahamas, Barbados, Belize, Dominica, Grenada, Guyana, Jamaica, Monserrat, Saint Kitts and Nevis, Saint Lucia, Saint Vincent and the Grenadines, Suriname, and Trinidad and Tobago.

An analysis of this group is representative of the regionʼs challenges in attracting foreign direct investment. A study by the Organisation for Economic Cooperation and Development (OECD)1, points out a series of structural problems of small Caribbean states: low growth, low export growth, high level of public debt in relation to gross domestic product, levels of poverty, high youth unemployment. These indicators reduce the competitiveness of these nations, impacting economic growth, setting the conditions for a vicious circle.

Recent events (the pandemic and the war in Ukraine) have brought structural changes to the world. These events, especially the most recent one, put the economic globalisation movement in check, forcing corporations and governments to reassess partnerships (e.g., economic blocs) and productive and logistical structures. The old world order is no longer reliable, demanding new geopolitical and business strategies.

It is in this context that the resumption of foreign investment in the Caribbean is manifests itself. For the Caribbean, the watchword is “diversification”. Some countries are seeking to attract capital through development in new sectors of the economy, as the high concentration in the tourism sector proved to be fragile in the face of the situation imposed by the pandemic. The declines in the tourism sector ranged from 57 to 84 per cent. Despite government aid programmes, it is expected that it will take years for the sector to return to pre-pandemic levels.

The table below shows the importance of this sector for local economies:

Efforts to diversify the economy are being made in some countries, with government support. Nations like Belize, Guyana, Saint Lucia and the Cayman Islands, among others, are developing sectors such as renewable energy, agriculture, education, medical tourism, and business process solutions (BPS).

One factor that could contribute to the greater diversification of Caribbean economies is associated with the new world arrangement that is arising as a result of the contraction of the globalisation movement. In this regard, there would be some global retraction in relation to the trade liberalisation currently in force worldwide, which could contribute to generating the necessary incentives for the development of new economic activities in countries. This is obviously a hypothesis yet to be confirmed; however, some studies point to the existence of a negative correlation between economic openness and diversification of the economy.

Challenges to diversification range from problems with natural disasters to lack of resources and difficulties in obtaining public funding support, due to limited fiscal space. Lack of social reforms and low investment in education also contribute to explaining this situation.

Despite the difficulties that the Caribbean countries are experiencing, the flow of foreign investment is expected to grow in the region. War in Ukraine, which is pushing investment away from Russia, could benefit countries that are politically stable and that have relationships with trading blocs that will reshape global trade. Commercial insertion may bring the expected benefits in terms of foreign direct investment.

Below is some data on foreign direct investment in the region. Despite the largest volume being concentrated in tourism and the oil and gas industry, there are several projects in other sectors, which may suggest the regionʼs potential to receive investments.

Analysing a longer period (2013–21) reveals the countries that received projects as follows:

This article does not aim to explain the reasons for the flow of capital to the countries shown above. However it is expected that hypotheses already explored in economic studies can explain the distribution2.

In order to analyse the countries that invest in the region, information was compiled on foreign investment projects that took place between 2017 and 2021. The importance of North America and China in the composition of investment projects is clear. 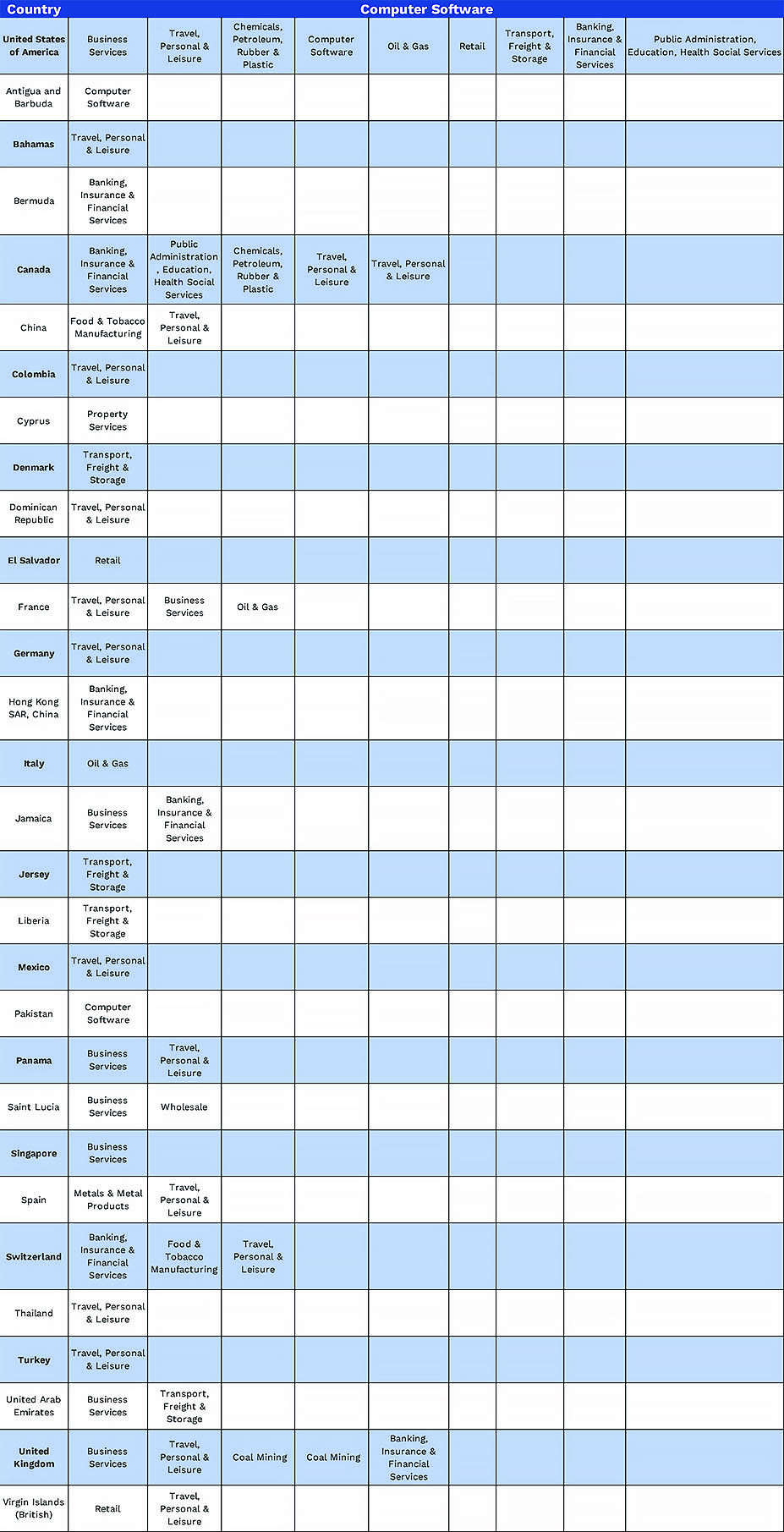 The Caribbean region is characterised by its heterogeneity. Despite the negative effects resulting from the pandemic and the war in Ukraine, the economy is expected to return to its pre-COVID-19 stage in a couple of years. Countries of the region are seeking to diversify their economies as a way of meeting the demands for better living conditions for their populations. The challenges remain the same; increasing the competitiveness of their economies will require investments in infrastructure and education. These are structural issues that need to be addressed amid the impact of the pandemic and the war.

A new geopolitical composition of world trade, represented by the contraction of “globalisation”, could provide a good opportunity to attract foreign investment. The resumption of the tourism sector and the increase in energy prices could drive new investments in some countries, opening space for them to focus on the development of new sectors.

Marcelo Fonseca, MSc in Economics, with more than 25 years of experience in business management, and a focus on finance, economics and controllership, Marcelo Fonseca has professional experience abroad in relation to economic and financial feasibility studies of new ventures and implementation of new projects. With operations in the oil and gas sector, he also maintains knowledge in business development and relationships with government agencies.
In addition, he has experience in the academic environment with a focus on Introduction to Economics, Economic Theory, Macroeconomics and Brazilian Economics.