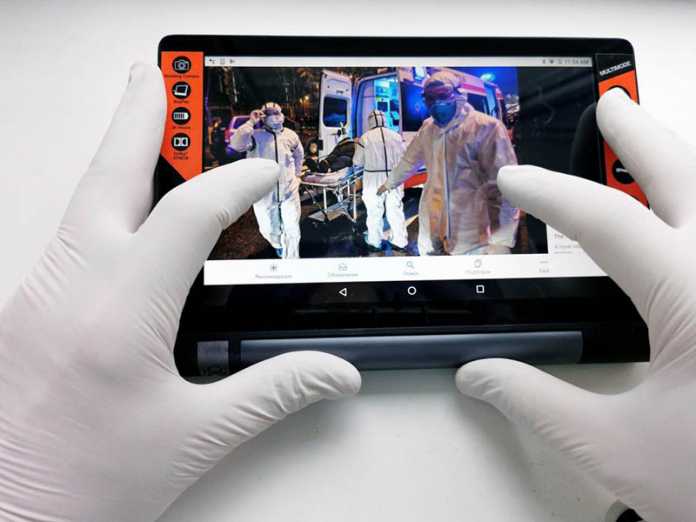 Recently, the joint WHO-China team released its report. Despite a year of politicized infodemic, much of the international media coverage shunned the scientific conclusions.

After months of work, the joint WHO-China team assessed the likelihood of four different possible pathways for the introduction of the virus (underlines added). Here are their conclusions:

This is not how these conclusions were reported, however.

When the report was released by the WHO, international media largely ignored most of the 120-page long, highly detailed scientific report. The likeliest COVID-19 pathways were set aside or downplayed.

Instead, the focus was on the “extremely unlikely” pathway, which fostered public perception that it was the most likely one. That pathway was used to reframe the report, its conclusions and recommendations, and comments by the WHO chief Dr Tedros.

Not much has been learned from the past, grave mistakes. A year ago, some of the same media contributed to the poor COVID-19 coverage, which, as I warned in my first COVID-19 report (April 2020) would have dark consequences.

Nonetheless, media attacks did not go away, but escalated, particularly against the WHO and Dr Tedros, and China.

What followed was an “infodemic,” thanks to dominant international media, particularly social media, which contributed to the consequent rise of hate crimes against people of Asian descent, particularly in the US but also in Europe.

And as media fallacies have persisted, these crimes have turned increasingly violent.

What is most intriguing about the WHO team’s report is not what it discloses but what it rules out.

In an extensive exercise, the team scrutinized some 76,253 records of cases of respiratory conditions by 233 health institutions in Wuhan in October and November, before the outbreak in late 2019.”

Based on data, the team “considered unlikely that any substantial transmission of SARS-CoV-2 infection was occurring in Wuhan during those two months.”

In light of facts, the team concluded that current evidence makes possible “no firm conclusion about the role of the Huanan market in the origin of the outbreak, or how the infection was introduced into the market.”

Nonetheless, after the release of the WHO report, much of dominant international media reported that Dr Tedros had put the “lab leak” theory back on the table.

A careful review of his comments, the lead scientists’ viewpoints, transcripts, and the full report suggests something different.

After a recap of the key conclusions and commendations, Dr Tedros, too, noted that the “laboratory leak” theory was the least likely pathway. But as he has stated before, there was need for further investigation, raw data, possibly additional missions. Until scientific research provides firm answers, all four pathways stay on the table, including the extremely unlikely one.

The stance can be seen as a diplomatic concession. Like the national security advisers of ex-president Trump and his State Secretary Mike Pompeo, those of Biden and Blinken still like to allude to the “lab leak” theory” or its variations. In parallel, President Biden has begun to work to return the US to the WHO, which ex-president Trump had exited.

Understandably, Dr Tedros is trying to make the US return smooth, by keeping all potential pathways on the table.

The problem of origins has been compounded by high-level disinformation. In April 2020, New York Times, among other major US media, reported that “Trump Officials Are Said to Press Spies to Link Virus and Wuhan Labs.”

In particular, the Times warned that “some analysts are worried that the pressure from senior officials could distort assessments about the coronavirus and be used as a weapon in an escalating battle with China.”

Indeed, the “lab leak” theory” has been discredited by WHO team, most scientists, even the CIA and the Five Eyes; the intelligence alliance comprising Australia, Canada, New Zealand, the United Kingdom, and the US.

However, the stories have had an impact. Last fall, a Cornell University study of 38 million articles in English-language media worldwide found that Trump was the single largest driver of misinformation.

The media stories were flawed but effective. By February 2021, one in three Americans believed the new coronavirus had been created in a lab, according to Pew Research. One in four thought it had been engineered intentionally. And most blamed China.

What got lost in the translation was Dr Tedros’s remark that the team’s assessment may not have been “extensive enough.” That could include the possibility that the virus was around months before Wuhan, in or outside China.

There is too much partial, if inconclusive evidence of pre-Wuhan events outside China – including in Italy, France, Germany, the UK, the US and elsewhere – to be ignored.

And as Voice of America (VOA) reported only recently, scientists chasing the origins of COVID-19 are now adding Southeast Asia to the search.

A spate of recent studies has found more viruses nearly as similar to SARS-CoV-2 as the one in Yunnan, China, further afield, in Thailand and Cambodia. As Peter Daszak, a lead scientist in the WHO team noted in the VOA interview: “We haven’t done enough work in Myanmar, Laos and Vietnam to really say there aren’t even more in those countries.”.

Setting aside informed speculation, disinformation campaigns and conspiracy theorists, broader international missions are warranted to examine the origin of the COVID-19 in every relevant country.

It would not be the first time that early attributions will later prove mistaken.

When the swine flu outbreak was first identified in Mexico City in March 2009, the Obama administration’s agricultural officials blamed it on Asia, without evidence. According to the New York Times: “In New Theory, Swine Flu Started in Asia, Not Mexico.” It led to an avalanche of media hype on the alleged Asian swine flu.

In mid-2016, over half a decade later, a scientific report by the Mount Sinai School of Medicine (NYC) attributed the 2009 H1N1 virus to pigs in central Mexico. By then, few any longer cared.

All potential COVID-19 pathways should be debated on the basis of scientific facts by the observers and the media. But media coverage should be based on the priority assessments of qualified scientists.