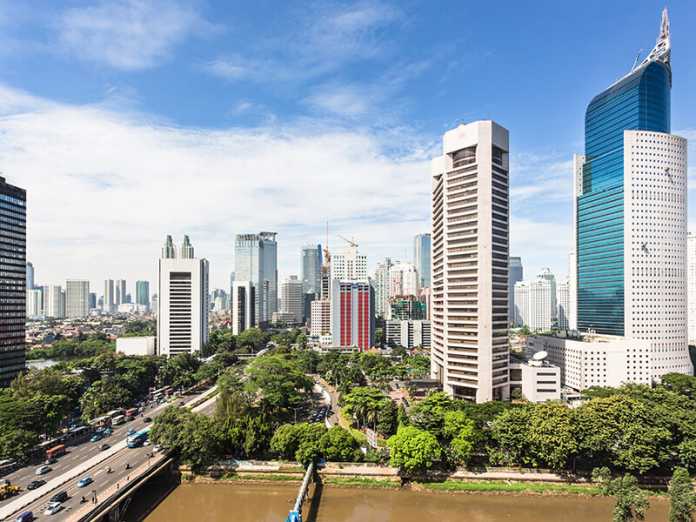 The Indonesian economy is supported by the manufacturing sector for decades. However, there is an irony when evidently this sector remains striving to obtain efficient performance. How shall Indonesia deal with this issue?

The Indonesian economy has been supported for several decades by the manufacturing sector. However, the contribution of this sector has continued to decline since 2009, until in 2019 the third quarter of its contribution reached 19 percent, much lower than its contribution in 2001 of 29 percent.

Many scientific studies contented that even though it contributes the largest, this contribution is not followed by the good performance of the processing industry, especially in indicators of production efficiency. The findings of various empirical studies identified that the processing industry still utilizes old machines and too low allocation for Research and Development (R&D), as well as limited managerial expertise. Consequently, even though it generates high output and contributes greatly to the domestic economy, the cost of the production process remains inefficient.

The fact that the performance of the manufacturing industry continues to decline is then exacerbated by the fact that the presence of large-scale domestic processing companies in Indonesia remains small. In a book published by the World Bank entitled “Making it Big: Why Developing Countries Need More Large Firms” written by Ciani et. al. (2020), empirical evidence revealed that Indonesia has merely nine large-scale companies for every 100 medium-sized companies in the non-agricultural sector.

On the other hand, to take an extreme comparison, the United States has 20 large-scale companies for the same number of medium-sized companies. This difference certainly indicates that the high output of the processing industry tends to be supported by medium to small scale companies.

An increase in the number of large-scale companies is mandatory as large companies can accelerate the improvement of the domestic processing industry through a more advanced system. Large companies are significantly more intensive in developing R&D, innovating, carrying out export-import activities, and implementing international standard quality in their operational production. If the quantity of this type of company increases, the performance of the Indonesian processing industry is more likely to improve.

Indeed, large companies might contribute to improving Indonesia’s manufacturing sector. However, this argument does not merely discourage small and medium scale companies that are being claimed by many people as pillars of the Indonesian economy. In fact, captivating more big companies in Indonesia might enhance the possibility of an externality process which is theoretically called the spill-over effect. Large companies that possess agile performance may become best practice or benchmarks for medium and small-scale companies through their involvement in the value chain, demonstration process, or identification process.

In the end, this article boils down to the question “how can the government increase the number of large companies in the manufacturing sector? Briefly, the answer is through foreign direct investment (FDI). This solution may sound classic and normative, but it is essential to revisit it anyhow. FDI, in the form of multinational companies, is important in the process of extending large domestic companies because of the access and extensive international market networks because of its affiliation with parent companies, which are generally located in developed countries. Through multinational companies, domestic companies can learn to create innovations. In other words, the process of creating innovation is a key indicator needed to increase the scale of production of processing companies in Indonesia.

Captivating more big companies in Indonesia might enhance the possibility of externality process which is theoretically called the spill-over effect.

A South Korean economist, Keun Lee, in his book entitled “The Art Economic of Catch-Up” suggested the “more-less-more-again” strategy carried out by large South Korean companies, which were not big at first, in the process of creating innovation. In the initial phase, these companies were active in the global value chain (GVC). This phase requires companies to meet stringent product standards and learn about the dynamics of innovation from international markets.

In a later phase, these companies withdrew from GVC and focused on building their domestic value chains and the domestic-product-consumption campaign for the Korean citizens. The exposure to the international market in the prior phase made the second phase successful, shown by the presence of gigantic companies such as Samsung, Hyundai, and KIA and lifting South Korea’s economy out of the middle-income trap of the 1960-1980s.

Reflecting on South Korea, Indonesia’s manufacturing sector as one of the targets for the giant FDI market should also be able to do the same. Multinational companies can become a benchmark for the dynamics of innovation for Indonesian domestic companies that are able to produce giant companies in the global market. Finally, the manufacturing sector as the largest contributor of Indonesian economy can be a central point of reliance as it may help to escape Indonesia from the trap of a middle-income country.