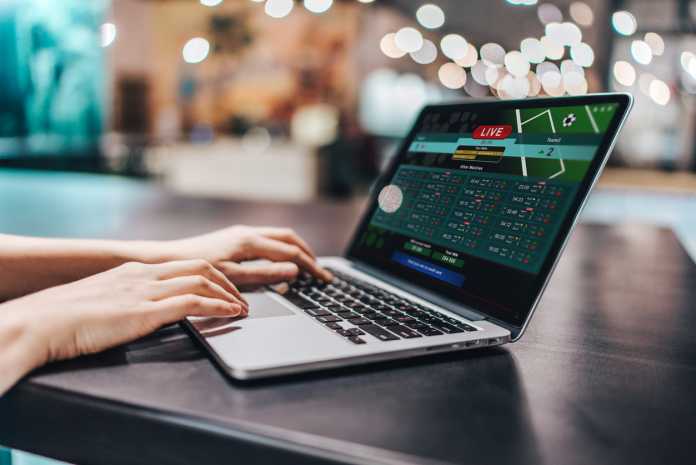 To suppress the effects of COVID, governments across the world have turned to lockdowns, restrictions and other drastic measures that have forced citizens to remain at home. More than ever, people are searching for new forms of entertainment to fight off boredom. With online gambling, there’s been a surge in popularity as people try their luck at online casinos.

People Have Time on Their Hands

COVID-19 has shown the world that the existing business model is vulnerable to pandemics. In this instance, millions of people are restricted to their home and this has harmed the economic prospects of industries that depend on physical attendance, such as hospitality, tourism, film and live entertainment.

With physical businesses damaged by coronavirus, it stands to reason that digital businesses have potentially seen a rise in customers stuck at home and who have free time. In Australia, for example, young men aged from 18 to 34 accounted for 79% of new online gambling accounts in June and July of 2020. The finding was made by the Australian Gambling Research Centre, with Dr Rebecca Jenkinson believing that the trend will remain for as long as people have additional time on their hands.

In the UK, the Gambling Commission revealed there had been an increase in gross gambling yield from £162 million in March 2019 to £186 million in March 2020, when the country first went into lockdown. The data does suggest that there was an initial rise in online gambling among UK players as they sought new ways to be entertained.

With online casinos, there are often bonuses and promotions to reward players for registering. For example, Spin Casino is offering up to $1000 as a welcome bonus for new players who want to deposit. When players are ready to transfer the funds, they can receive the bonus allowance of their choosing. By giving players the choice, they can stick to a budget they feel comfortable with.

Casino sites don’t just provide one form of bonus. In the example above, the offer is defined as a deposit bonus, which means that players are required to fund their account before they can receive the complimentary credit. However, there can also be no deposit bonuses that don’t require a player to stake any funds before receiving the offer. Typically, this form of bonus comes with higher wagering requirements and would have to be played through more times than a deposit bonus before a withdrawal could be granted.

There can also be game-specific bonuses and one of the most common available would be free spins. These are provided exclusively for slot games and can be included alongside deposit bonuses as part of a larger welcome package. At other times, free spins can be given out in celebration of a new slot being released at the casino. Players might also be fortunate enough to win free spins as one of the top prizes in a promotional event.

New players aren’t the only ones to benefit from being at an online casino, and many brands want to reward users for their loyalty. For instance, there are systems where users can generate points for every real-money wager that they stake. By earning points, these can determine where they place in the loyalty scheme. The players who rise to the higher ranks can receive a combination of the bonus offers discussed above. Coincidentally, Spin Palace has a loyalty club with Bronze, Silver, Gold and Platinum levels for players to target.

Hollywood has taken a significant hit from coronavirus, which has caused hundreds of productions to shut down and enforced numerous delays. After the eventual August release of Tenet struggled in cinemas, this spooked the major Hollywood studios. In response, several highly anticipated movies have been delayed until 2021, including the forthcoming James Bond entry, No Time to Die. However, streaming services like Netflix aren’t the only places to offer cinematic experiences, with some casino sites maintaining video slot collections that are themed on hit TV shows and iconic movie franchises.

From Swedish headquarters and studios across the world, NetEnt produces one of the largest ranges of video slots with Hollywood themes. Amid these times, players have been given access to an officially licensed version of Narcos, which is a Netflix show based on the Colombian drug trade of the late ‘80s and features Pablo Escobar, as portrayed by Wagner Moura. NetEnt also has the rights to Vikings, which blurs the lines of fact and fiction in this retelling of the tales of the blood-thirsty Norsemen.

NetEnt hasn’t just focused on box sets and has also developed several video slots from the silver screen. One example is Conan, which starred Arnold Schwarzenegger as the fearsome barbarian in a Golden Globe-winning release from 1982. The Swedish software developer has also produced several horror-themed slots, such as Creature from the Black Lagoon, The Invisible Man, Dracula and The Phantom’s Curse. However, it’s not all tension, with NetEnt having released Jumanji based on the 1995 movie that featured a magical board game.

Operating out of the UK, Microgaming has risen to become one of the most active developers of branded online casino content. Thus far, several enormous franchises have appeared among the newest Microgaming slots, including HBO’s global hit Game of Thrones. Alternative, fans of dinosaurs can instead look to Jurassic Park or Jurassic World for their Hollywood fix. Meanwhile, some of the other branded slot releases have included Bridesmaids, Terminator 2, Lara Croft: Temples & Tombs, Hitman, Tarzan and The Phantom of the Opera.

Playtech is another UK provider with a proven pedigree at securing elite-level Hollywood agreements. One of the most prominent examples has been Playtech’s long-term deal with Warner Bros and DC Comics. This has enabled Playtech to release jackpot slots based on Justice League, Suicide Squad, Man of Steel, Batman Begins, The Dark Knight and The Dark Knight Rises. For a casino player who also enjoys superheroes, such titles would be a welcome sight in their library of gaming options.

With COVID impacting the way companies do business, some have had to adapt by introducing new technological measures to ensure they can operate online. However, online casino sites have been ready the entire time, with their entire service offering available in the digital realm. For years now, online casinos have been developed with mobile compatibility as a priority. As a result, players can switch at ease between gaming on their laptop, tablet or smartphone.

Online casinos have also been required to address digital security. Quite simply, it’s not acceptable for any site to operate without being encrypted. Players are instantly informed by their browser when a site is operating without encryption and will be warned not to supply financial details or personal information. Those two elements are crucial for processing player registrations and casino sites have prepared by acquiring cutting-edge encryption and certificates from trusted specialists in digital security. The upsurge in online gambling amid COVID is something that the majority of casino operators were ready to welcome.