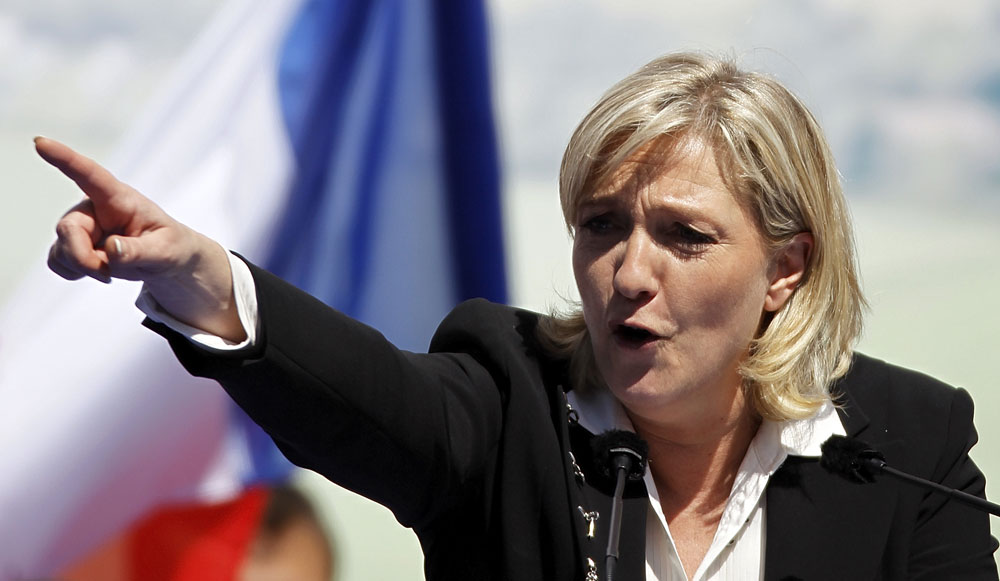 In France, President Hollande’s utter failure to foster broad consensus for structural reforms has paved the way for the most contested election in decades. While public debate focuses on the 2nd round winner, the real story is that Marine Le Pen’s agenda has already shifted the French political landscape.

In recent polls, the French presidential rivalry involves 3-4 viable candidates, which together account for 85-90 percent of the total vote. Until recently, the leader of the Front National, Marine Le Pen, and the centrist Emmanuel Macron, have each garnered about 25 percent in the polls. The two are followed by the centre-right François Fillon, who has about 20 percent, and the socialist Benoît Hamon, with 15 percent.

While Le Pen may win the first round, she is not likely to win the second round, in which her popular triumph would be likely contained by a coalition of her adversaries. Yet, the future belongs to Le Pen’s agenda which the next president must coopt to win – and coopt to sustain victory.

The French presidential election will take place in late April, but the real winner will be chosen in the second round in early May. Even if Le Pen won the first round, the consensus is that a centrist or a centre-right candidate will win the second round.

Marine Le Pen (49) is the youngest daughter of the veteran FN leader Jean-Marie Le Pen, a French far-right politician who supported euro-skepticism, opposed immigration and pushed for law and order, traditional culture and values. As long as he led the FN, it was a marginal far-right, anti-Semitic party with politically incorrect neo-Nazi associations. In the past decade, Marine Le Pen has successfully “mainstreamed” FN away from the margins and extremism. Nevertheless, she has had difficulties funding her campaign because of the opposition of every French bank to her political platform.

In her campaign, Le Pen continues to support traditional values, law and order, while opposing immigration and the EU. As her campaign kicked off, Le Pen pledged a fight against “two totalitarianisms, globalisation and Islamism” that seek to “subjugate France”. Running in the name of the French people, she reaffirmed the FN’s anti-immigration, protectionist and anti-EU stance. “The divide is not between the left and right anymore, but between patriots and globalists,” she said. “Financial globalisation and Islamist globalisation are supporting each other. Those two ideologies want to bring France to its knees.”

Her France needs greater independence, believes in a multipolar world and neo-gaullist geopolitics.

Le Pen wants to pull out of the Euro and a return to French franc, a referendum on EU membership within 6 months, and taxes on imports and the employment of foreigners in France. Building on Gaullist legacies, she is a critic of and wants to pull France out of the NATO. She would like to revise French relations with the US and has denounced French bandwagoning toward Washington. Her France needs greater independence, believes in a multipolar world and neo-gaullist geopolitics.

Dr. Dan Steinbock is an internationally recognised expert of the nascent multipolar world. In 2010, he predicted that Brussels opted for misguided policies to overcome the European sovereign debt crisis, which would prolong rather than resolve the challenges. In spring 2016, he forecast the UK Brexit and the outcome of the Italian referendum.

Dr Steinbock is the founder of DifferenceGroup. He has served as Research Director of International Business at India China and America Institute (USA) and Visiting Fellow at Shanghai Institutes for International Studies (China) and the EU Center (Singapore). For more, see www.differencegroup.net