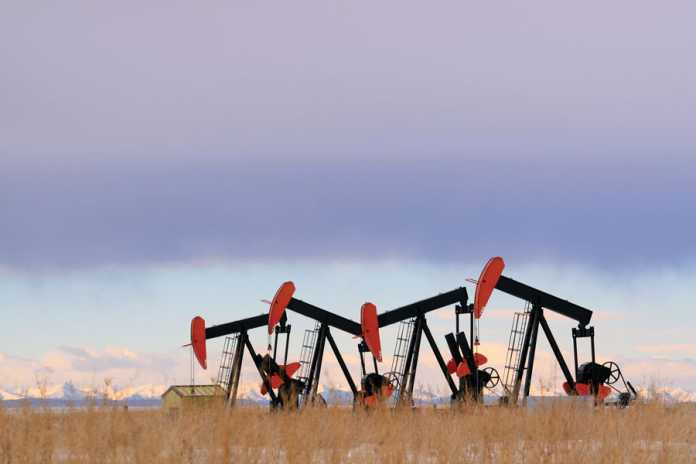 Alberta’s energy sector is a key economic driver and has been for decades. The rich resources available in Alberta, Canada account for the third largest reserves of crude oil in the world and the largest deposits of oil sands in the world. Additionally, for the past five years, Canada’s banking system has been ranked the most sound in the world and has provided great support to the strong economic growth in Calgary, gaining a strong reputation as a global energy financial centre.

International companies are investing billions of dollars into this industry and are forecasted to pump $20 billion of capital investment in 2012 alone. British Petroleum’s statistical review of world energy in 2011 highlights Canada as the world’s sixth largest oil producer and the world’s third largest natural gas producer and Calgary is home to the head office of nearly every major oil and gas company in the country.

The city is also home to the industry’s major trade associations, major pipeline operators and manufacturers, oilfield service companies, drilling companies, energy-related engineering firms and consulting firms, Canada’s national energy regulator, the National Energy Board, and numerous other industry bodies and associations. No other industry in the country is as highly concentrated as Canada’s energy sector and no other city in Canada has the human and financial strengths that Calgary offers.

Calgary’s high concentration of engineers, physical scientists and technician professionals provide the research, development, engineering, technical consulting and technological expertise to support the growth of Alberta’s energy industry. Calgary scientists and engineers have been instrumental in the development of techniques for horizontal drilling, shale fracking, SAGD (Steam Assisted Gravity Drainage – an in situ method of extracting deeper oilsands deposits), THAI (Toe-to-Heel Air Injection) and other new technologies for extracting hydrocarbons – many of which were not in use a decade ago.

As a result of the strength of the energy sector, most major Canadian financial institutions and lenders have a presence in Calgary, along with a growing list of international financial organizations. As of August 2012, 17 of the top 20 global investment banks had a presence in Alberta and as Canada’s M&A hub, it accounts for more than 26 per cent of the total M&A deal volume in the country-higher than any other Canada city during the same period (over $265 billion announced since 2007). Calgary’s finance and business industry is experiencing huge growth with 13,300 new jobs created over the past ten years, an increase of 39 per cent. In September 2012, the city ranked 23 on the Global Financial Centre Index (GFCI) – the well-established index measuring 77 global financial centres in terms of competitiveness.

The strength and uniqueness of Calgary’s financial services sector lies in its knowledgeable experience and sophistication of its workforce, particularly when it comes to the sell-side of the transaction. The energy sector in Calgary provides an attractive market for firms in financial services with a high concentration of capital-intensive companies, high deal velocity and large deal size. While only 3 per cent of the world’s energy M&A deals happened in Calgary in 2012, it represents 12 per cent of the total dollar deal volume.

Alberta’s increasing production of unconventional oil and gas has thrust the industry into the spotlight regarding environmental performance and CO2 emissions. The increase in production has necessitated proposals for new pipelines south to the US, west to the Pacific for export to Asia, and east to central Canada. Many of these proposals are proving to be quite controversial. In order to access new markets and to maintain precious social license, Calgary’s core industry needs to enhance its environmental performance in oil and gas and reduce emissions while also diversifying into new forms of energy production.

Few, if any, other cities or regions in the world can match the breadth and depth of Alberta’s significant oil, bitumen, natural gas and coal resources. Calgary’s sustainable and renewable energy (SURE) sector is working to develop solutions in renewable energies focused on solar, wind and biofuels; however, much of the work in this area also focuses around technologies to help ensure that traditional resources are produced in the most environmentally-responsible manner.

Calgary is well-equipped to support firms that are developing and commercializing new clean technology through a winning combination of human capital, financial clout, a strong knowledge-based economy and extensive renewable resources across Alberta, in particular solar, wind, hydro, and biomass – energy that can complement the enormous potential production of conventional and unconventional oil and gas and offer a new diversity in production and employment. This will help the city, province and country maintain energy-related prosperity even in the event of future shifts away from what has been a steady upward trajectory in worldwide fossil fuel consumption and Canadian oil and gas production, especially in the Western Canadian Sedimentary Basin.

Innovation and collaboration underpin everything that happens within Alberta’s energy sector. There are some recent examples that highlight this:

Canada’s Oil Sands Innovation Alliance (COSIA) is an alliance of oil sands producers, focused on accelerating the pace of improvement in environmental performance in Canada’s oil sands through collaborative action and innovation. Created in March 2012 with representatives from 12 companies, the alliance brings together leading thinkers from industry, government, academia and the wider public to improve measurement, accountability and environmental performance in the oil sands in four priority areas – tailings, water, land and greenhouse gases.

Calgary innovators rise to the challenge

Calgary hosted seven of the Virgin Earth Challenge finalists at the Global Clean Energy Congress in November 2011 and Virgin and several finalists returned in October 2012. The Earth Challenge $25 million prize was launched in 2007 and is to be awarded to a company that can demonstrate they are first to establish a safe technology and a robust commercial business proposition to capture carbon directly from the air.

Calgary Earth Challenge finalist Professor David Keith (former Canada Research Chair in Energy and the Environment at the University of Calgary and now at Harvard) of Carbon Engineering is one of the finalists. As catalysts, conduits and connectors, Calgary Economic Development is playing a role in connecting Virgin Earth Challenge finalists with the business community in Calgary to identify synergies and opportunities to make a real impact on reducing the impact of carbon emissions in our atmosphere while diversifying the city’s economy.

Alberta’s provincial policy framework has driven growth in the marketplace of technologies to address climate change. The Province has made a $2 billion plus commitment to the development of carbon capture and storage projects. Alberta was also the first province to place a price on carbon through the Provincial Greenhouse Gas Reduction Program.

Looking ahead, Alberta’s energy sector has some challenges to address. The top priorities are attracting and retaining skilled talent, market diversification, attracting capital investment and an increased focus on sustainable and renewable technologies.

With Calgary facing a looming labour shortage, attracting people to the city is now more important than ever. Calgary Economic Development’s Be Part of the Energy campaign was created to be an invitation for people who are considering a change in where they work or where they do business. While the skillsets in Calgary within the working population and students are enviable in terms of engineering and other skills, additional experienced people will be needed to develop the potential of both hydrocarbons and newer energy production methods.

No other industry in the country is as highly concentrated as Canada’s energy sector as no other city in the country has the human and financial strengths that Calgary offers.

The industry needs new pipelines to boost capacity and achieve greater parity for Alberta’s product within global pricing structures. This is primarily focused on transporting bitumen to the refineries on the US Gulf Coast and to the Pacific coast for export to China and other energy-hungry countries. To achieve popular and political acceptance of the necessary pipelines and the product they are carrying, both upstream producers and oil & gas transporters need to demonstrate that their safety procedures and operations meet standards for emission levels, water usage and environmental protection.

Alberta’s energy sector is a key economic driver for Canada and will continue to be into the future. Continued global investment into Alberta’s energy industry will ensure capital availability to develop key projects and fund new and innovative energy technologies to develop our resources in the most economic, environmentally-friendly way possible.

Calgary Economic Development is committed to telling the stories of the tremendous opportunities in Calgary and building on our strengths as a city by inviting people, business and investment from around the globe to Be Part of the Energy.