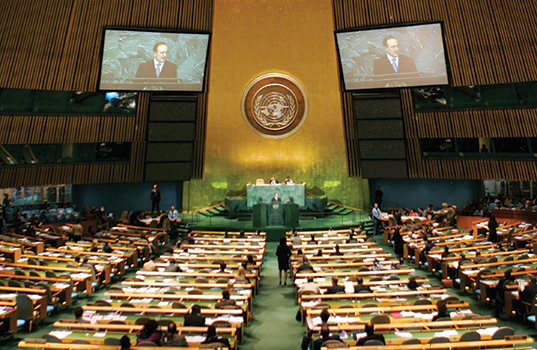 In recent years, the United Nations has come under attack as wholly inadequate to confront the modern realities of global conflict. Below, Charles H. Camp and Theresa Bowman argue that the central question may become how to balance peacekeeping and humanitarian motives with respect for the norms of state sovereignty.

In recent years, ‘mechanisms to govern the waging of war’, as President Obama termed the United Nations in his 2009 Nobel Lecture, have come under attack as wholly inadequate to confront the modern realities of global conflict.  President Obama observed that, ‘a decade into a new century, this old architecture is buckling under the weight of new threats. The world may no longer shudder at the prospect of war between two nuclear superpowers, but proliferation may increase the risk of catastrophe. Terrorism has long been a tactic, but modern technology allows a few small men with outsized rage to murder innocents on a horrific scale’.1

The U.N. Charter was drafted and signed in an age in which war and peace were defined by the global experience of the two World Wars – large, multi-state conflicts between state actors, measured largely by territorial gains and losses.

The U.N. Charter, the structural support of this ‘old architecture’, was drafted and signed in an age in which war and peace were defined by the global experience of the two World Wars – large, multi-state conflicts between state actors, measured largely by territorial gains and losses. Unsurprisingly, the U.N. Charter’s approach to self-defense and use of force deals squarely, on its face, with the framework in which it was devised: the goal was to prevent the kind of large-scale inter-state conflict that jeopardised global security in World War II. From the perspective of reducing inter-state conflict, the Charter’s implementation has enjoyed some success. From 1918 to 1941, the rate of inter-state wars per year per state was 0.036; this compared to a rate per year per state of 0.005 from 1945 to 1995.2 Scholars and statesmen alike continue to ask:

Given its upbringing, is the U.N. Charter now anachronistic in governing modern paradigms of warfare, such as the war on terror?

Notably, armed conflict between state actors and non-state actors, or extra-state war, is no modern invention. Instances of extra-state war date back centuries, emerging both in colonial and imperial contexts.3 When compared to its origins, the type of extra-state action that currently dominates international relations, raising complex questions regarding the scope of self-defense, is marked by important differences. Non-state actors in the war on terror are united neither by ethnicity, region nor citizenship. Combatants are individuals belonging to a diverse network of known terrorist organisations. Terrorist action is not limited to attacks against any one state actor. 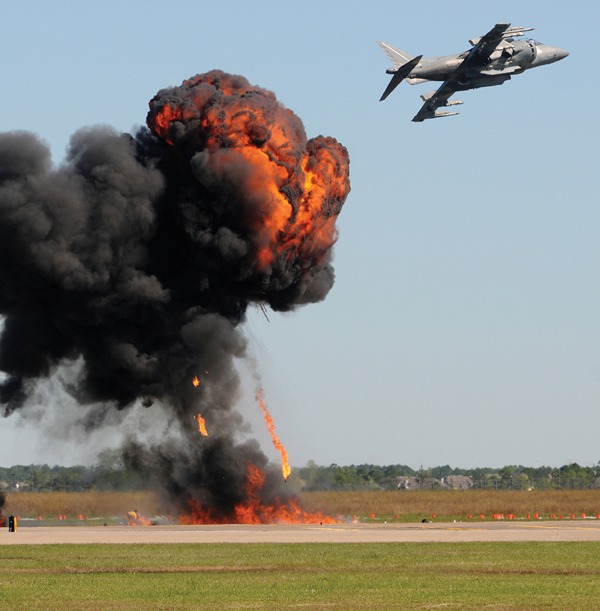 The legal framework of the U.N. Charter has proven to be open to the kind of evolution necessary to confront new challenges. The difficult and central question may become how to balance peacekeeping and humanitarian motives with respect for the norms of state sovereignty.

Given the global nature of the war on terror, the U.N. has not remained silent on weapons technologies that push the boundaries of permissible use of force. The U.N. has approved the use of remote surveillance technologies, namely drones, in peacekeeping efforts in the DRC.5 U.N. Secretary General Ban Ki-Moon stated in March of this year, ‘the use of these weapons [drones] is within the bounds of international law’.6

Some U.N. Charter provisions reflect a vocabulary and terminology that, on its face, now seems limited. Article 2(4) regarding state sovereignty is concerned with ‘territorial integrity’, but remote-controlled warfare has shifted the battlefield away from territorial norms.

That said, international courts interpreting the U.N. Charter continue to address its applicability to modern types of extra-state warfare. In Congo v. Uganda, the ICJ was confronted with the question of the legality of Uganda’s use of force on the territory of Congo. Uganda’s actions targeted a persistent and lengthy history of cross-border attacks by armed, non-state groups located in Congo. The Court concluded that Congo was not legally responsible for the attacks because that sovereign did not exercise control over the armed groups.7 Uganda’s use of force was judged to be illegal.

Given the global nature of the war on terror, the U.N. has not remained silent on weapons technologies that push the boundaries of permissible use of force.

Regardless of which of the many other legal propositions forwarded by courts interpreting the U.N. Charter proves determinative, the legal framework of the U.N. Charter has proven to be open to the kind of evolution necessary to confront new challenges. The difficult and central question may become how to balance peacekeeping and humanitarian motives with respect for the norms of state sovereignty. Professor Anne Marie Slaughter suggests that a concept of ‘legitimate difference’ is instructive: to ‘welcome the contributions of multiple civilizations, multiple countries, religions, legal traditions, but we still have to be prepared to draw absolute lines’.8

Theresa Bowman is an associate at the Law Offices of Charles H. Camp, P.C., practicing in the areas of international commercial disputes and arbitration. Before her current post, Ms. Bowman, a graduate of the George Washington University Law School and President of the Student Bar Association, completed a post-graduate fellowship as a judicial law clerk for the Honorable Reggie B. Walton, District Court Judge for the District of Columbia.