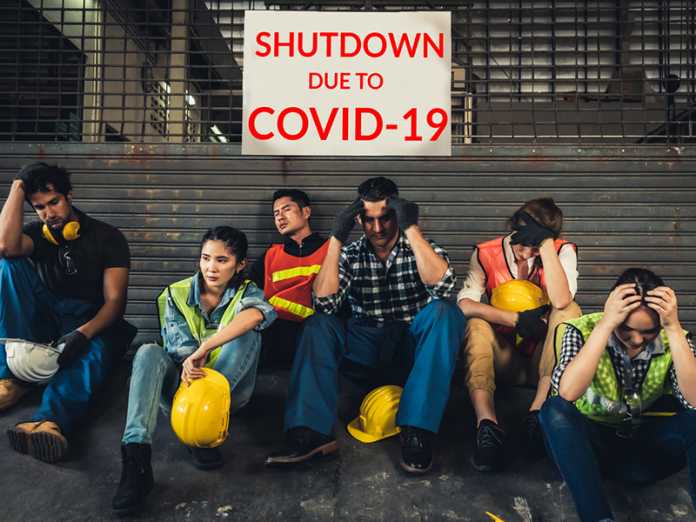 The outbreak of the Covid-19 pandemic continues to deepen. Unlike the past financial crises, this pandemic has dealt a sudden “systemic blow” to the global economy, causing the economic and social system to be completely disrupted. From production to consumption, from the real economy to the financial sector, from manufacturing to services industry, all of these are temporarily suspended due to the pandemic. The massive “freeze” in economic activity has led to a sharp rise in global unemployment. The International Labor Organization (ILO) has estimated that the impact of the pandemic will cause the world to see an increase of 25 million unemployed population. In terms of the breadth and depth of the economic shock, we are seeing a Great Depression-level economic crisis in the making.

In face of the outbreak, countries have introduced emergency measures to save the economy and jobs, in attempt to avoid the collapse of the economic and social system. How to effectively formulate policies and mobilize social resources to cope with the economic crisis under the extremely urgent situation has posed an unprecedented severe challenge to the governments and decision-making levels of all countries. If there is a deviation in the policy direction and idea, the policy timing will be delayed, policy resources will be consumed, and the economic shocks will not be effectively alleviated.

Conventional monetary and fiscal policies generally do not directly affect consumers, but instead exert the policy effect through policy intermediaries or economic carriers.

Most countries’ response policies, tracked by the ANBOUND’s research team, have stuck to the conventional policy of emergency and aggressive monetary and fiscal policies to combat the crisis. In terms of monetary policies, some countries have adopted measures such as interest rate cut, reserve requirement reduction, quantitative easing, reverse repo and provide various financing tools. The core of these measures is to release massive liquidity to the capital market to support the market. For example, the Federal Reserve has cut the interest rate by 150 bp to the lowest zero interest rate and launched an unlimited quantitative easing policy. In terms of fiscal policies, some countries have adopted such measures as tax cuts and fee cuts, fiscal subsidies, fiscal allocations, fiscal procurement, and payment, etc. to provide financial support to local governments, enterprises, and individuals. Some fiscal policies directly affect individuals, such as giving checks/cash to households or providing unemployment benefits.

However, in such a Great Depression-level economic crisis, it is not enough to have conventional monetary and fiscal policies. Conventional monetary and fiscal policies generally do not directly affect consumers, but instead exert the policy effect through policy intermediaries or economic carriers. For example, the interest rate policy exerts policy effect on enterprises, investment institutions and individuals through banks and bond markets; tax incentives or fiscal subsidies work only through enterprises or project carriers. In the normal operation of the economy, these conventional policies play a role by stimulating the production and service sectors. However, when the economic system — market, supply chain, industrial chain, and enterprises are all subject to large-scale systematic impact, the policy intermediary carrier is seriously damaged and the role of conventional policy tools will be significantly reduced. If the social system slows down to a state of “basic maintenance”, it is useless to only expand the resumption of work and production. If a company that has no orders and production lines are forced to shut down, there is little point in allowing it to expand its financing, as this will only add to its liabilities.

From an international perspective, some countries have recognized the importance of consumption policies and have begun to take action.

Considering the full impact of the recession, this is not the time to adopt conventional policies; instead breakthroughs in policy thinking and design are necessary. As some analysts point out, these should be bailout and hedging policies, rather than stimulus policy and counter-cyclical adjustment. In a recent internal policy review, Chan Kung, chief researcher at ANBOUND, made a key suggestion: try to iron out the economy with aggressive consumption policies in the face of the depression. In the face of the urgent need to help the economic plight and the unemployed population, the conventional monetary policy and fiscal policy is far from enough, and even some ineffective policies that occupy a lot of economic resources should be put aside.

From an international perspective, some countries have recognized the importance of consumption policies and have begun to take action.

In the United States, for example, while the Fed propped up Wall Street, the government introduced a USD 2.2 trillion third round of economic rescue bill, including aid checks for individuals or families earning less than a certain amount a year. On April 6, House Speaker Nancy Pelosi said the U.S. will soon roll out a fourth stimulus package worth at least USD 1 trillion, including cash handouts to individuals, expanded unemployment insurance, small-business loans, and food aid. In contrast to the Republican Party’s focus on the interests of the business sector, the Democratic Party’s preference for “blue-collar workers” and emphasis on subsistence is more conducive to consumption and more relevant to the current reality of American society. In Europe, Germany’s EUR 50 billion bailout also goes directly to individuals — small businesses and self-employed will receive up to EUR 15, 000 in direct aid over three months. Spain has also said it will respond to the crisis with a universal basic income, which would become permanent once it is in place and will continue to be implemented after the outbreak.

It can be seen that these policies focus on families and individuals are people-oriented consumption policies. Chan Kung believes that these people-oriented consumption policies could be more effective. Remember that one of the main causes of the crisis was the lack of effective spending power, which exacerbated the overproduction (which in effect took up more capital). If money is sent directly to the people to encourage consumers to buy things, it will directly promote final consumption activities, and that consumption will in turn drive industries and services sector. Chan pointed out that under the crisis, the same money given to enterprises and consumers have a very different effect. If you give the enterprise a certain amount of money, it may be just a drop in the ocean. Yet, if the same amount of money is given to the consumers, they would probably buy a lot of things right away. It should also be noted that increased consumption not only boosts production but also helps to consume some of the excess capital by channeling resources to real consumption.

In China’s case, it is crucial for the country to introduce consumption policies to restore its economy. For a long time, China has been a major producer and infrastructure country, and its policy departments and officials have been adept at manufacturing and infrastructure projects. However, China is very unfamiliar with how to develop its consumption. This is a phenomenon that ANBOUND has pointed out many times in its research on consumer society — China’s government departments and policy system are so ill-suited to the transition to a consumption-oriented society that they don’t know what to do or how to do it. Yet, in the face of the impact of the depression, especially when the domestic resumption of production in the absence of orders, China’s policy departments should take decisive and bold adjustment, and try to shift the focus towards consumption policy.

Promoting consumption policies in this way leads to an expansion of government debt. Hence, debt and financial risks should be taken into account in the policy design.

To put it in perspective, China’s terms for saving its economy by expanding its debt are very different from those of the United States. The United States, which has the tools of the dollar and de facto control of the global financial system, is now worry-free to expanding its debt. But China’s situation is different, it constrained by the scale of its debt in terms of its economic size, fiscal capacity and its ability to guard against risk. Nevertheless, China is also the world’s second-largest economy, though it has not been able to expand its debt as the U.S., the Chinese government still has considerable room for debt expansion. If used well, the introduction of consumption policy could play an effective role to deal with the crisis. In addition, we should pay attention to risks in the implementation of consumption policies. Because consumer coupons are converted into local bonds, they can be controlled financially. As long as local governments do not misappropriate bond funds and actually use bond financing to pay off consumer coupons, there should be no major problems.

The crisis caused by the Covid-19 outbreak is a depression-level economic crisis with a far greater impact than the financial crisis. In response to the depression, the conventional monetary and fiscal policies should be implemented along with aggressive consumption policies to iron out the economic shock.

Can You Travel Internationally? Here’s What You Need To Know Now

How Can Understanding Analytics Help You Do Better in Business

5 Simple Tips to Speed Up Your Business Computers

The Importance Of Bollinger Bands In FX Trading

Chief Revenue Officer: What They Do and Why You Should Hire One

How to Get into Stock Trading Safely While Living Abroad

The Right to Prepare for Getting a Mortgage

Why should blockchain be regulated?

Can You Travel Internationally? Here’s What You Need To Know Now