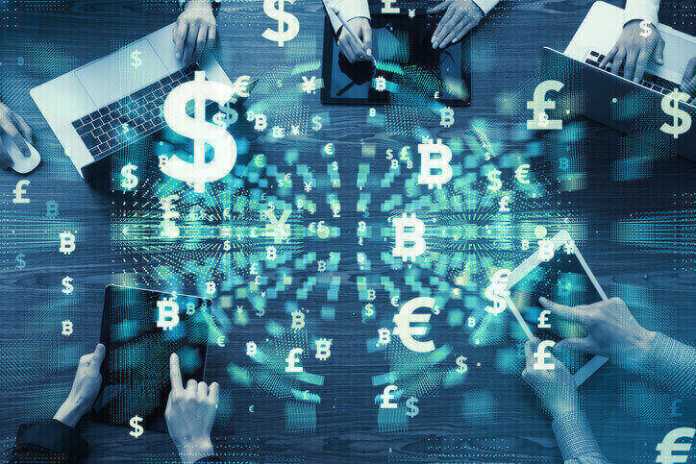 A new paper finds that exposure to an epidemic in the current year significantly increases the likelihood that an individual completes financial transactions via remote-access technologies such as mobile banking or ATMs. Such shifts are most prevalent among younger, more economically-advantaged individuals, and mainly occur in subnational regions with the pre-existing digital infrastructure.

Epidemics are known to trigger changes in economic behavior and to accelerate technological and behavioral trends. The Black Death in the 14th century caused the death of more than 75 million people around the world and led to a gradual substitution from labor-intensive agricultural technologies to the previously-invented capital-intensive ones such as the heavy plow and water mill. Covid-19, to take a more recent example, has increased remote working, online shopping, and telehealth.

But there are important differences across socioeconomic groups in their ability to utilize such new technologies. Workers in the well-paid professions have been better able to shift to remote work, compared to store clerks, custodians and other individuals. Women found it more difficult to switch to remote work, given that they are more likely to be specialized in occupations involving face-to-face contact. Age matters for technology adoption: those older than 65, being less flexible in learning new technologies, also found it more difficult to adjust to new modalities necessitated by the pandemic. Overall, Covid-19 seems to have accelerated ongoing behavioral trends.

In a recent paper, we investigated these issues in the context of fintech adoption. We asked whether earlier epidemics (such as Ebola, MERS, or Zika), occurring in the course of the last decade, induced a shift toward remote-access financial technologies such as online banking and ATMs and away from in-person activities in bank branches.

Online and mobile banking is a particularly informative context for studying whether past epidemics induced the adoption of new technologies and, if so, by whom and where. Since at the time of epidemic exposure physicians’ offices in many countries did not possess the capacity to provide such services remotely, analogous studies of telehealth would naturally have some limitations. Studies of remote schooling in the context of past epidemics would similarly be constrained by the fact that few schools and homes had access to reliable internet and a flexible video conferencing technology such as Zoom. In contrast, people have been using their computers and smartphones for banking applications for years. Residents of a variety of different countries have available banking options that involve both in-person contact, such as banking via tellers in bank branches, and digital alternatives, such as banking via the internet or mobile phone app. These alternatives have been available for quite some time; thus the switch from in-person to remote-access technologies—if it exists—is more likely to be observed in this specific setting than others.

In our research, we combine data on all epidemics worldwide since 2011 with nationally representative Global Findex surveys of individual financial behavior fielded in more than 140 countries in 2011, 2014 and 2017, together with background information about the same individuals in Gallup World Polls. We find that exposure to an epidemic in the current year significantly increases the likelihood that an individual completes financial transactions via the internet and mobile bank accounts, makes online payments using the internet, and completes account transactions using an ATM instead of a bank branch. Interestingly, the separate impacts on ATM and in-branch transactions almost exactly offset. This suggests that epidemic exposure mainly affects the form of banking activity—digital or in person—without also increasing or reducing its volume or extent. While the limited time span covered by our data allows for only a tentative analysis of persistence, our results suggest that the impact of epidemic exposure is felt mainly in the short run rather than enduringly over time.

We find that it is mainly young, high-income earners in full-time employment who shift to online/mobile transactions in response to epidemics. These patterns are consistent with other research showing that early adopters of other digital technologies tend to be relatively prosperous and young.

Finally, we document the role of local internet infrastructure in conditioning the shift toward online banking. We match 1km-by-1km time-varying data on global 3G internet coverage from Collins Bartholomew’s Mobile Coverage Explorer to the sub-national region in which each individual resides (see Figure 1 for the raw global data). 3G is the critical threshold for coverage, since 1G and 2G are too slow and limited to support phone-based banking apps. Being able to measure the internet coverage at the subnational level also allows us to compare the individuals with and without access to internet infrastructure in the same epidemic-hit country.

There is strong evidence that individuals living in regions with good internet coverage are more likely to shift toward online banking in response to an epidemic. Importantly, we fail to find any consistent effect for 2G coverage when this variable is included in the estimation side by side with our 3G measure, confirming that the relevant technology for the epidemic response is related to the internet and not to the overall mobile phone usage.

In sum, epidemics occurring in the last decade appear to have induced significant changes in the adoption of new financial technologies. But those behavioral changes are not equally striking everywhere. It turns out that such shifts are most prevalent among younger, more economically advantaged individuals, and in places where there exists robust modern IT infrastructure enabling the use of mobile banking apps. We should not be surprised by the early evidence of Covid-19 driving similar trends in fintech adoption.

The article was published on ProMarket and it was originally published in VoxEu.

Orkun Saka is an Assistant Professor of Finance at the University of Sussex, a Visiting Fellow at the London School of Economics and Political Science and a Research Associate at the Systemic Risk Centre.

Barry Eichengreen is the George C. Pardee and Helen N. Pardee Professor of Economics and Professor of Political Science at the University of California, Berkeley, where he has taught since 1987. He is a Research Associate of the National Bureau of Economic Research (Cambridge, Massachusetts) and Research Fellow of the Centre for Economic Policy Research (London, England).

Cevat Giray Aksoy is a Lecturer of Economics at the Department of Political Economy at King’s College London. He is also a Principal Economist in the Office of the Chief Economist at European Bank for Reconstruction and Development in London and Research Associate at the IZA Institute of Labor Economics and London School of Economics.
The views expressed in this article are those of the authors and do not necessarily reflect the views or policies of The World Financial Review. 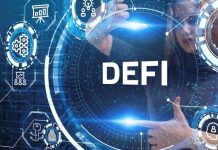