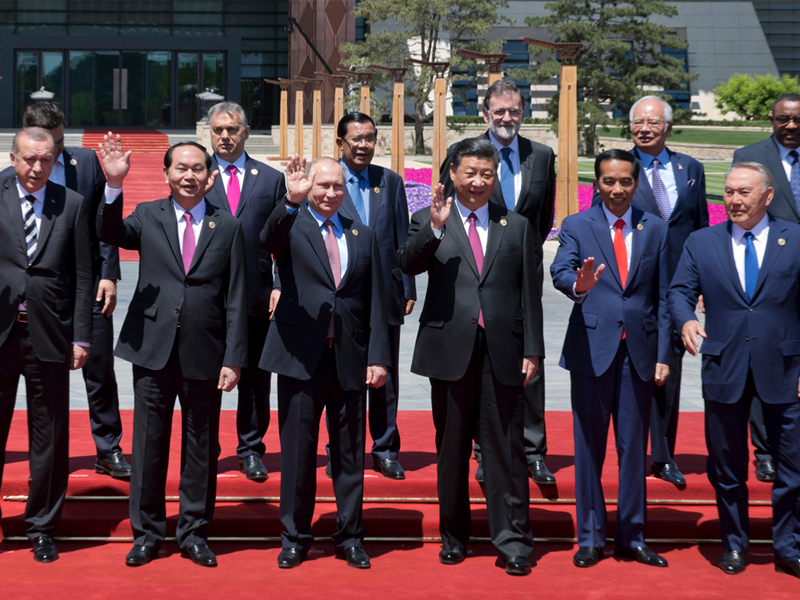 China celebrated the progress of its ambitious One Belt, One Road initiative in Beijing in May 2017. The OBOR is vast in scale, dwarfing the last major multilateral development initiative of our times, the US-led post-War Marshall Plan for the reconstruction of western Europe. It is also geographically vast, encompassing virtually all of Asia, much of Europe and Africa’s eastern regions. This Initiative has the potential to transform Eurasia and also major parts of Africa, so what it is about and what does it tell us about its architect?

The BRI is vast, building six vast economic corridors – China-Mongolia-Russia, New Eurasian Land Bridge, China-Central and West Asia, China-Indo-China Peninsula, China-Pakistan and Bangladesh-China-India-Myanmar – across Eurasia and it is set to become the centrepiece of China’s development strategy, according to Vice-Premier Zhang Gaoli.1 Combined, these corridors will create an intricate network of 56 European and Asian countries working alongside each other, generating billions of dollars in investment capital and revenue, and creating employment opportunities across Asia and much of Europe and Africa. China today projects its influence westwards, in the context of the BRI, through investment, construction, extraction and commerce – through the exercise of soft power on a massive scale. The sum of $4 trillion allocated to the OBOR has the potential to be transformational in its impact. Inter-OBOR trade of over $2.2 trillion is anticipated. The OBOR is also the focus of China’s direct investment largesse, which provides the vehicle for the mobilisation of Chinese businesses in Asia. So, in 2015 44% of China’s engineering projects were in the OBOR countries, but the figure had jumped to over 52% in 2016.2 This will inevitably rise as projects across the Initiative’s frontiers get under way. That China has embarked upon it is a measure of the country’s self-confidence and a public expression of its efforts to become the heart of Asia – to become Asia’s “indispensable power”.

That China has embarked upon it is a measure of the country’s self-confidence and a public expression of its efforts to become the heart of Asia – to become Asia’s “indispensable power”.

So, the (BR) Initiative should not be taken lightly by outside observers; nor should it be viewed in isolation of China’s other strategic policies. These other policies take different forms and manifest themselves differently too. The OBOR (and the associated AIIB) forms the latest the ring of the circles in China’s strategic priorities in Asia, which combines cooperation with ASEAN as a strategic imperative, and the strengthening of the Shanghai Cooperation Organization as a security priority, as the other. Together, it seems to me, these spheres form China’s three circles of influence in Asia. These, in different but complementary ways, contribute to China’s efforts of building security and economic bonds across its neighbourhood. Using different mechanisms arguably enhances and accentuates China’s strategic reach as each of these circles has the material power to change and shape countries’ policies and regions well beyond their immediate areas of attention. Together they multiply China’s policy instruments and give it a credible voice across continents – from the Pacific to the Atlantic.