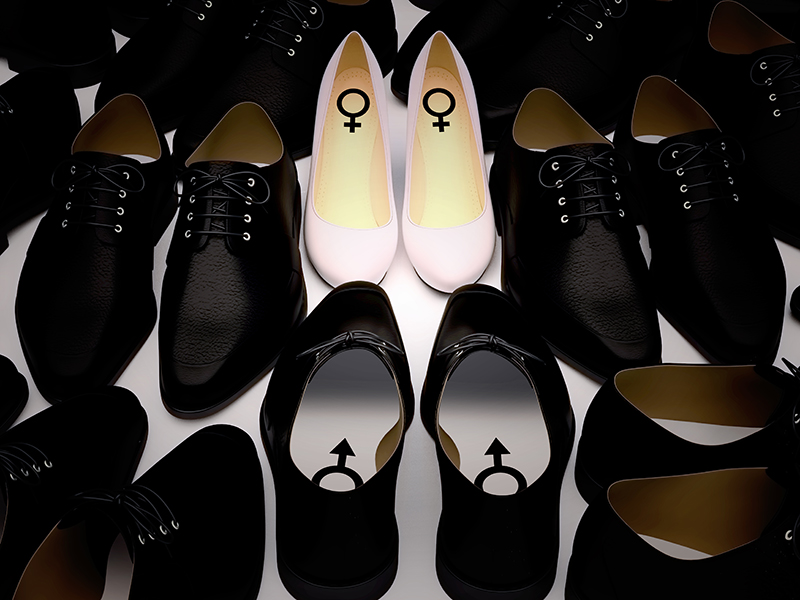 Women’s rights have long been the centre of arguments since ancient times. Though societies have formidably dealt with the issue the best way they could, these efforts are shortchanged due to the underwhelming support for empowerment. In this article, the author imparts practical measures on how The Government of Indonesia can alleviate its citizens’ cry for gender equality.

Women are no longer half of humanity according to the latest data of human sex ratio by the Central Intelligence Agency. For every 107 men in the world, there are only 100 women. The factoid holds behind this figure is that gender imbalance is a result of evolution and biology, nothing else.

It is not a completely false notion that evolution and biology engenders the imbalance between the number of men and women. But one may ask, does it explain the unequal participation in the economy, politics or even education? Gender inequality as we know, is the implication of external forces that oftentimes disregard women as the global citizens who deserve the rights as much as those given to the opposite gender.

The unequal participation of men and women is believed to exist in multifarious parts of human life. The Global Gender Gap Report, which provides yearly update on gender parity in the health, political, and economic sectors, reveals on its 2017 data that gender parity is on the range of 0.6 out of 1. Breaking it down into sectors on average of 144 countries, 98% of the gap in health outcomes has been resolved.1 Meanwhile only half of the gap in economic participation has been closed.

Economic participation is judged across several indices which include labour force participation, wage equality, and estimated earned income. Poor women participation in all indices demands strategic measures which could directly mitigate the issue.

According to the data released by the Central Bureau of Statistics of Indonesia in February 2018, the labor force participation rate of Indonesia is 69.20%, which means that for every 100 workforce in the economy, there are 69 who participates.2 This is a staggering number if we look from a different angle which shows us that almost one-third of Indonesia’s population ages 15-64 are unemployed.

Gender Inequality is the implication of external forces that oftentimes disregard women as the global citizens who deserve the rights as much as those given to the opposite gender.

The figure is even more shattering if we analyse the data from the gender-based perspective. In the first quarter of 2018, the Indonesian Central Bureau of Statistics revealed that the employment to population ratio (EPR) of men is 78.62%, whilst those of women is 52.73%. This means that nearly half of women are unable to participate in the Indonesian economy.

Above all, governments are the stakeholders that handle matters related to the welfare of all its citizens including women who are marginalised. The fact that different dimensions of well-being and deprivation are deeply intertwined suggests that policy created by the Government must include all of the dimensions on the consideration. Nowadays it seems that the pro-poor policy growth does not pay attention to gender gap issue that is very likely to worsen the situation.

Perhaps the word “prevention” is unsuitable for this condition as the Government of Indonesia does not ban women from employment. Yet the Government also does not initiate such policies or programs that can ameliorate women’s participation in the economy. Gender inequality is not even mentioned in the National Medium-Term Development Plan (RPJMN).3 The inability of women to gain financial independence through employment is found to be detrimental on their capability and well-being.

The absence of such economic opportunities is directly linked to deprivation. Not having the necessary income, women will find themselves endure various kinds of hardships with basic needs, health and education going unmet. The multiplier effect of gender inequality in the economy is severe as it can impede the country to achieve a robust economic growth. Contrarily, increasing women participation in the economy contributes to higher economic growth.4

To better illustrate the positive impact of women’s empowerment on the economy, one best practice is provided as an example. In Cambodia, the Ministry of Women’s Affairs (MoWA) and the Cambodia national Council for Women (CNCW) are supporting their country progress on gender equality and women empowerment through designing policies for gender-responsive approach in the economy. Another form of support received by women in Cambodia is through the Cambodia Women’s Empowerment Project initiated by a local NGO. The project provides deprived women with entrepreneurial skills as well as the introduction of new employment opportunities such as in the tourism industry. This will enable them to have the capability to participate in the workforce.

In Indonesia, 98.8% of business entity are Micro, Small and Medium enterprises (MSMEs), which is evidenced to contribute 30.25% to the gross domestic product (GDP) of Indonesia.5 With the majority of small businesses being in the informal economy, they are not legally and socially protected by the state hence the workers.

The majority of Indonesian women (57.9%) in the labour force are working in the informal sectors, a 2014 data by International Labour Organization suggested.6 As previously elaborated in the informal economy, people often feel less valued of their energy and capability and they are often socially excluded from the formal economic activity. Realising this, the Government must take a responsive approach to make these people, most specifically women, feel valued.

It is therefore important to praise an effort that aims to relieve such issue. The Ministry of Women Empowerment and Child Protection of Indonesia recently invented a program focussing on empowering women through micropreneurs. The initiative originated from comprehending the dominant role of MSMEs in the Indonesian economy and its revolutionary approach on addressing poverty and gender inequality.

This finding is an important reminder that we need to overhaul our strategies on closing the gender gap. The 42% gap in economic participation that is yet to be resolved demands unique approaches and strategies that directly target the root causes of gender disparity which are multidimensional. Guaranteeing equal participation of men and women in the economy would not only lead to acceleration of gender equality but also helps the country achieve its desired economic growth, said Dollar and Gatti (1999).7 As such, under-investment on women’s economic empowerment would recoil on the positive economic growth that the country experienced and hamper the country’s realisation of its development agenda.

Perhaps the word “prevention” is unsuitable for this condition as the Government of Indonesia does not ban women from employment. Yet the Government also does not initiate such policies or programs that can ameliorate women’s participation in the economy.

To prevent the issue from happening, the utilisation of both top-down and bottom-up approaches is necessary. While the role of policymakers is most likely to make the most important contribution, it seems that the SDG 5, Gender Equality and Women’s Empowerment, is deemed the least important among SDGs objectives on Indonesia’s macroeconomic strategies for development. Indeed this is a torment for every feminist who understands the implication of disproportionate rights of men and women in the society.

Quoting what Gloria Steinem said when she was asked why gender equality matters, without hesitation, she answered “because gender inequality is the basis of all things”. Gender inequality is intrinsically connected and linked with other SDGs objectives therefore they have to be a part of the conversation.

One of the agreements from the World Summit for Social Development held in Copenhagen, 1995 is concerning the inception of policies and strategies for addressing social development issues and the need to address its root cause, by giving special priority to the needs and rights of women who often serve as the majority of the vulnerable and disadvantaged groups and persons.8 By designing gender-based policies, it will be more feasible to close the gender gap in the near future.

In addition to recognising the importance of gender equality on the country development agenda and policies, closing the gender gap might also use the bottom-up solution which in this matter means investing directly to women who are marginalised.

In addition to recognising the importance of gender equality on the country development agenda and policies, closing the gender gap might also use the bottom-up solution which in this matter means investing directly to women who are marginalised.

Without any particular push, the world could achieve gender equality 100 years from now. But the question is, “Do we want to wait for at least a century to make it happen?” If we want to witness it happen during our lifetime, ceteris paribus, it is simply impossible for gender equality to be resolved without any intervention.

We do not need centuries of endeavour to close the gender gap. What we need are solid macroeconomic and microeconomic approaches which put gender equality in both the global and national development agenda. And who knows, the target that somehow seems enigmatic could be achieved within a decade.

Namira Samir is a researcher and consultant based in Indonesia whose main interests rely in multidimensional poverty alleviation, regional inequality and Islamic social finance. She holds a master’s degree in Islamic Finance and Management from Durham University, UK.

Payday Loans In Toronto: How To Borrow Money Quickly

How to Boost Your Business Cash Flow During the COVID-19

How to Make Money with Photography