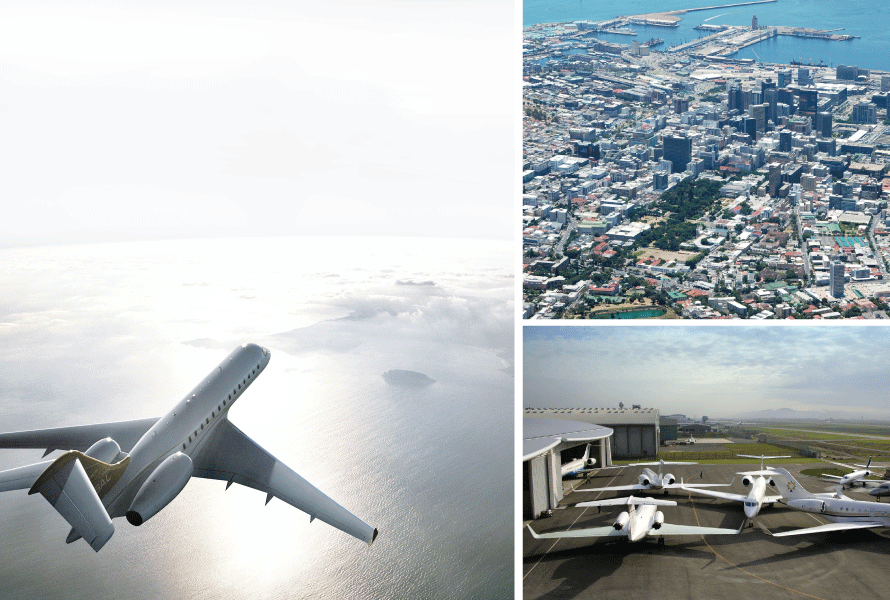 Operating in an environment in which Africa is still recovering from the global recession, ExecuJet have a crucial role to play in ensuring business is picking up as efficiently as possible.

A specific focus for ExecuJet is to take up the challenge of providing modern, safety regulated aviation services to all growth industry sectors to make a contribution to a more efficient, growth focussed African economy.

In an effort to energize the market, African governments have increasingly adopted new policies such as privatising state-owned enterprises, lowering corporate taxes, increasing the openness of trade and strengthening regulatory and legal systems. This enabled a private business sector to emerge which is said to be one of the bases of Africa’s new economic growth.

A specific focus for ExecuJet is to take up the challenge of providing modern, safety regulated aviation services to all growth industry sectors to make a contribution to a more efficient, growth focussed African economy.

These structural changes helped to fuel an “African productivity revolution” by supporting companies in achieving greater economies of scale, increasing investment, and becoming more competitive as described by the McKinsey Global Institute in 2010.

There are a number of ways in which a private aviation company like The ExecuJet Aviation Group contributes to this economic development. Many industries can be impacted positively by reviewing their transportation and logistics models and the efficiency it can provide. Along with the obviously important safety factor, time and money are saved by making the more practical choices when considering company travel alternatives. This does not only apply to the risk and safety aspects involved in transporting company teams to remote areas where mining, oil and gas and other related industries are found but also applies to the typical day in the life of many operating businesses. These companies require transport from A to B in the most efficient way with the ability to continue their operations in a comfortable safe and private environment.

In the last three years ExecuJet Africa has become more valuable as an air transport partner to the mining industry by offering all the safety standards associated with VVIP flights to all types of mining charter services.

For a company the idea of chartering or owning an aircraft may initially appear to be a “luxury” decision more than a necessary one, but the experience in managing aircraft and providing the charter service to a number of companies in a range of industries has shown great cost savers in terms of the expense and reliability factors compared to reliance on entirely scheduled airline itineraries options when running a business. More importantly the ability to arrange travel to a wider range of destinations is a far easier option when looking at business charter and ultimately there is an impact on the day to day operations, both in time and money.

In the last 5 years ExecuJet Africa has become more valuable as an air transport partner to the mining industry by offering all the safety standards associated with VVIP flights to all types of mining charter services: from one-off missions through to Fly-in/Fly-out (FIFO) missions in support of mine construction projects. They have been flying senior management and mining executives and contractors from many mining groups over the years on an ad-hoc basis. Mining like many other industries, is already a demanding business, operating in harsh conditions in remote areas. It is important to reduce travel risk as much as possible by using a reputable, safety conscious aviation company knowledgeable of the region. ExecuJet undergoes regular safety audits by international, independent Aviation Safety audit organisations such as ISBAO and more recently Argus Pro achieving a Platinum status rating.

Africa has benefited from the surge in commodity prices such as oil, minerals grain and other raw materials over the past years. With the development of various industries, Africa will witness strong economic growth going forward. If the continent wants to increase their economic power and their per capita income further, Africa needs to continue in modernising and developing their economies. One aspect which enhances this is the transportation and logistics sector. Business Aviation can play a strong part in this.