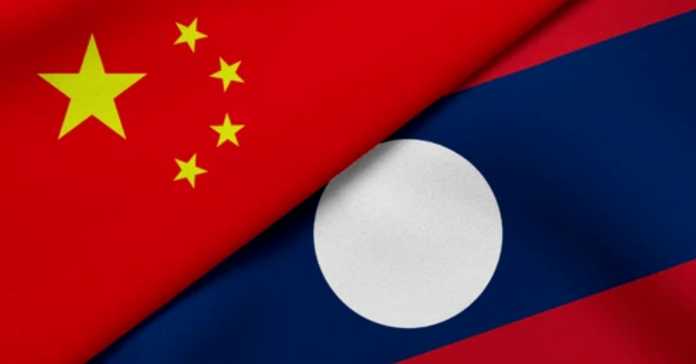 Since time immemorial, the movement of people and goods from one place to the other has been a part and parcel of human activity. By travelling from one region to the other, people have discovered new cultures, new markets, and new social and economic opportunities that have brought together distant countries, created allies and contributed immensely in establishing diplomatic relations around the world. To further strengthen access to the invaluable social, economic and environmental gains that are related to transport, faster and efficient modes of transportation are being built to integrate cities, towns and villages across different regions in an attempt to truncate travel time of people and goods – as the old adage goes ‘‘time is money’’, a clear indication that the relevance of time transcends every sphere of life.

However, prevailing transportation infrastructure gap, a major snag that impedes inclusive growth and shared prosperity is evident across every region of the world – a challenge that China is effectively addressing via the Belt and Road Initiative (BRI), a collaboration between China and other countries across the regions of the world to fill the global transportation infrastructure gap. While the construction of the BRI is ongoing in several regions, the latest episode of this massive project is the 1,035 kilometre-stretch railway that connects Laos to the BRI network which commenced operation on Friday, 3 December, 2021.

With an electrified passenger and freight railway that connects Vientiane, the capital of Lao Peoples Democratic Republic (PDR) to Kunming, the capital city of China’s Yunnan province, the landlocked Southeast Asian country can now access new markets and opportunities that were non-existent in the past at a fast pace, particularly as travel time between these two locations has been minimized by the new railway to 10hrs, far below the 30hrs spent travelling on road.

Apart from the railway reducing time and cost of travel for people and goods, it is worth noting that, the construction process of the China-Laos railway has been accompanied with indirect notable socio-economic gains such as the creation of 110,000 local jobs and the protection of the environment as the project has a total of 3.07 metres square of green area along the line together with an all-important feature that protects elephants around the railway.

Without delay, the first trip on the China-Laos railway has began fostering the next phase of social and economic gains which unlike the previous merits are direct benefits – on board the first train that travelled the China-Laos route were potash products that have been manufactured by the Sino-Agri International Potash Company, a china-Laos joint venture that is located in Laos that produces Muriate of Potash (MOP) fertilizer for agriculture.

With the China-Laos railway set to generate significant economic and social gains through the establishment of similar joint enterprises, and concurrently promote trade, serve as a launch pad for entrepreneurial ventures to access new markets and facilitate other economic activities across diverse industries in participating countries as the region becomes more attractive to investors around the world, the World Bank in a recent report (2020) has indicated that the China-Laos railway which is part of the BRI has the potential to spur aggregate income in Laos by as much as 21 percent in the long-run.

While the China-Laos railway has filled a major transportation infrastructure gap, this panacea has also presented Laos with an opportunity to become a land-linked country as it connects to the BRI, a move that will open huge doors to attract new investors, startups and other multinational companies which will create jobs, accelerate economic growth, promote shared prosperity and reduce inequality.

Certainly, the China-Laos railway is not limited to achieving economic outcomes in participating countries. In truth, the colossal transport infrastructure has a potential of augmenting access to social services such as education and healthcare in Laos. Admittedly, strengthening access to these resources is essential for alleviating extreme poverty, mitigating inequality and improving living standards. However, in addition to all these benefits, Laos also stands the chance of improving the quality of the country’s human capital through this railway infrastructure which will significantly improve access to higher education in China. In fact, with the China-Laos railway projected to have considerable long-term benefits, especially in the case of Laos, where the country is expected to create an enabling environment that connects the railway facility to key production and consumption centres, in order to reap maximum benefits from the project in the future.

To be fair, this goal cannot be realized without policymakers in Laos building a strong capacity to complement current efforts. To effectively manage the railway facility and other related economic activities, the country is presented with a window of opportunity now to tap into China’s vast experience in human capital development and capacity building via academic exchange programmes. A classic example of this arrangement is the cooperation framework agreement that was signed in 2017 between Shanghai Institute of Technology and the Souphanouvong University in Laos which allowed two batches of undergraduate and postgraduate students to be granted admission to study in Shanghai during the 2018 and 2019 academic years. This agreement between the two parties has been influential in building human capital and scaling up the facility management capacity of Laos – at the end of 2020, the first batch of the students from Laos who graduated with a major in railway engineering from Shanghai were assigned to the China-Laos railway construction site.

Even though the China-Laos railway has the potential to yield significant socioeconomic impact today, it is important programmes such as this one that could contribute substantially in augmenting the human capital and capacity in Laos to effectively manage the railway infrastructure and all related social and economic gains in the future.

Alexander Ayertey Odonkor is an economic consultant, chartered economist and a chartered financial analyst with a master’s degree in finance and a bachelor’s degree in economics and finance – together with a stellar experience from the International Monetary Fund (IMF), Alexander holds postgraduate certificates from Harvard University, New York Institute of Finance, Massachusetts Institute of Technology (MIT), University of Adelaide, Curtin University and Delft University of Technology. Alexander is also an author and columnist for the China Global Television Network (CGTN), The Brussels Times, The World Financial Review, China Daily, The Diplomat, The Business Standard (Bangladesh), Pakistan Today, The People’s Daily, Daily News (Sri Lanka) and the Business and Financial Times (B&FT). Some of his articles have appeared in NTS Bulletin (Nanyang Technological University), NextBillion (University of Michigan), and several other top-notch publications.