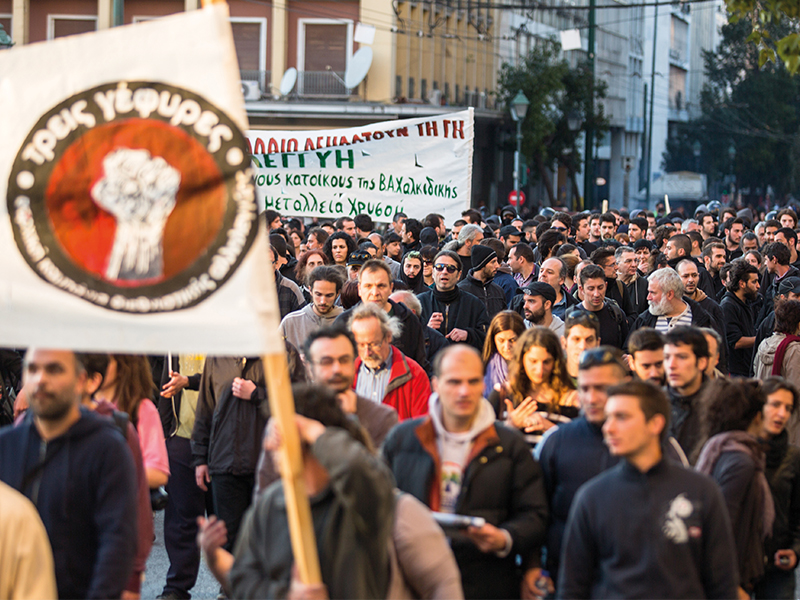 The Greek debt crisis has persisted for years now with no easy or clear way in which to resolve it. However, Professor Salamon from Johns Hopkins University argues that a win-win solution is possible by using the tool of debt swaps, which would allow Greece to escape from debt without defaulting on its loans and offer its creditors conditionality on the use of the forgiven resources.

Two things have become clear in the Greek debt crisis. First, Greece’s creditors cannot afford to allow Greece to default on its debt and withdraw from the Euro. But second, Greece cannot afford to fulfill its existing debt obligations. Yet, defaulting on the debt or requiring Greece to fulfill all the terms of its existing debt obligations appear to be the only two options Greece and its creditors, respectively, so far seem to have come up with. So the deadlock persists.

Fortunately, however, a win-win route out of this impasse exists. It is a route that has been used multiple times in similar situations for more than 30 years all over the world and with generally quite positive results. It is a route that Germany, the European nation most insistent on holding Greece to the full terms of its debt obligations, used to good advantage in relieving Poland’s first post-Communist government from the terms of a jumbo loan its predecessor regime had secured from Germany five years earlier and promptly found itself unable to repay. In the process, Germany won the new Polish government’s agreement not to contest the re-unification of Germany and to finance the Foundation for Polish-German Cooperation that has pacified the once-fractious German-Polish border region.

And it is a route that Germany has used on at least 19 other occasions since 1993 to relieve such nations as Indonesia, Jordan, the Philippines, Peru, and Madagascar of crushing debt burdens through the multi-lateral Highly Indebted Poor Country (HIPC) initiative and other bilateral actions managed by the German Federal Ministry for Economic Cooperation and Development (‘BMZ’).1

Nor is Germany alone in taking this compromise route. Neighbour Switzerland, hardly a slouch when it comes to insisting on adherence to contracts, celebrated the 700th birthday of the Swiss Confederation by creating a Swiss Debt Reduction Facility (SDRF) as an integral part of its development assistance program. Italy and Spain have adopted similar measures and the United States has done likewise, establishing the Enterprise for Americas Initiative in the 1990s, and the subsequent Tropical Forest Conservation Act, through which it helped a number of Latin American countries survive their debt crises by transforming billions of debt owed to the U.S. government into local development funds underwriting significant conservation and development projects.2


Most important for creditors: debt swaps generate conditionality. Debt is forgiven, but only if the debtor agrees to devote some share of the forgiven debt to an agreed upon purpose.
And what is the vehicle responsible for such alchemy? The answer is the debt swap. Debt swaps are transactions that allow debtor nations to escape from debt without defaulting on their loans. The transactions are relatively straightforward, though requiring careful preparation. Faced with a partially or totally uncollectible debt, a creditor nation offers to cancel all or a portion of a loan owed to it by a debtor nation if the debtor nation agrees to apply all or a portion of the amount cancelled towards a mutually determined development project in the debtor nation.


Properly structured, debt swaps can produce win-win outcomes for all parties. Most important for creditors: debt swaps generate conditionality. Debt is forgiven, but only if the debtor agrees to devote some share of the forgiven debt to an agreed upon purpose. Carefully done, the purpose can yield benefits for the creditor as well. Often a structure is put in place to receive the agreed upon sum and ensure that it goes to the agreed purpose. In some cases, the creditors secure a meaningful role in the management of the resulting entity. In the case of the German forgiveness of its jumbo loan to Poland, for example, an independent foundation was created with joint German and Polish board members and co-directors.

For debtors, the advantages are also substantial. In return for its submission to the conditionality of the creditors, the debtors get long-term relief from the burden of paying off a debt, something that is often missing from the conditionality under which they are frequently suffering anyway. As a result, they can use funds that would otherwise go to the creditors for internal, developmental purposes. Carefully targeted, these funds can be used to stimulate economic growth, allowing the debtor nation to outgrow at least some of its remaining debt, an advantage to both parties.

Can the debt swap instrument be used in the context of the current stand-off between Greece and its creditors? Clearly, there are complications. For one thing, the sheer scale of the Greek indebtedness—at over €300 billion—exceeds anything that this instrument has yet been used to resolve. For another, debt swaps have not been used within a currency union such as the EU. This may obviate one of their major advantages: the fact that they allow a debtor nation to pay off a foreign debt in local currency paid to local enterprises, and this currency can simply be printed. No such easy option is available when control of the currency is in foreign hands. Finally, European citizens may take political vengeance on any politicians soft-hearted enough to let Greece off the hook in so profligate a manner.

In the era of free money that the ECB has created for other countries, it makes no sense to deny the continent’s most desperately needy country equal treatment.

Fortunately, however, there are answers to each of these complications, though perhaps not without a certain leap of faith. So far as the scale of the debt is concerned, the initial leap need not be total. A substantial portion of the Greek debt is held by European governments and the International Monetary Fund. An initial debt swap tranche could take the form of swapping €20 billion of IMF debt and €10 billion in debt of two or three EU countries and the resulting proceeds used to underwrite a Greek Development Fund.

So far as the currency union complications are concerned, the European Central Bank could relax the reserve requirements on Greece banks, allowing some effective expansion of the Greek money supply. To protect against some inflationary excesses, these funds would be under the control of a Greek Development Fund overseen by a combination of Greek officials and representatives of the same troika that is currently imposing conditions on Greece, but this time doing so with funds that will go directly into Greek development rather than foreign government coffers. To the extent that these funds go for productive expenditures, such as infrastructure construction, their inflationary impact could be muted and their impact felt in expanded employment.

Finally, to the push-back from European citizens, the European Central Bank has indirectly provided an important rejoinder in the launch of its “quantitative easing” program. Fundamentally, “quantitative easing” is providing to every European Union country except Greece essentially what the debt swap arrangement would be providing to Greece—i.e., a nearly free expansion of their money supply designed to stimulate economic development and employment growth. In the era of free money that the ECB has created for other countries, it makes no sense to deny the continent’s most desperately needy country equal treatment.

Nobody truly expects Greece to pay off all of its debt while pursuing crushing austerity provisions. Similarly, especially following the past several weeks of negotiations, Greece can hardly expect to gain outright debt forgiveness. A first step down the road toward a sizable debt swap offers both sides a convenient out. Creditors get to avoid an outright haircut and to set continued conditions on on-going debt relief, and Greece gets significant relief and the opportunity to invest in its own economic future.

Here, therefore, is a third route out of the Greek debt crisis that deserves serious consideration.

Lester M. Salamon is a professor at the Johns Hopkins University and a former Deputy Associate Director of the U.S. Office of Management and Budget. He is the author, most recently, of Philanthropication thru Privatization (Bologna: il Mulino, 2014), which examines debt swaps and other mechanisms for building charitable endowments out of the proceeds from the sale or transfer of government-owned or –controlled assets.

When is the Best Time to Trade Forex?

Can We Use Unsecured Installment For Living Expenses?

The First 5 Steps to a Global Business

4 important tips to trade the gold

Creating an effective trading plan in the Forex market

The Consequences of an Enterprise Cyber Attack