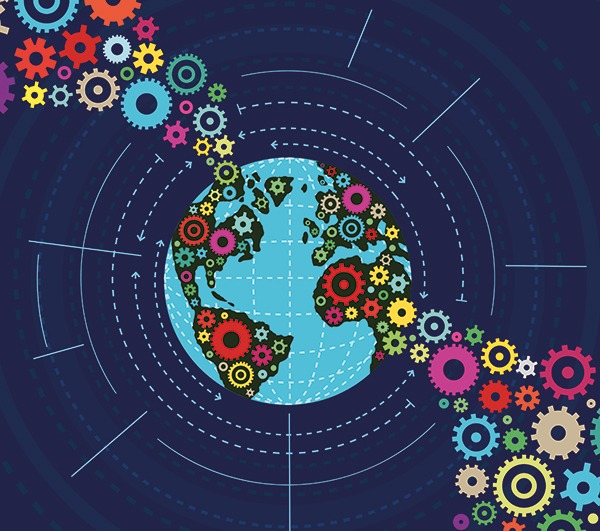 Below, in an excerpt from Dynamics Among Nations: The Evolution of Legitimacy and Development in Modern States, Hilton L. Root argues that the linkages between liberal internationalism and modernization theory fail to provide convincing explanations for variations in governance that can arise from the local pursuit of wealth and power, and discusses how global change processes are being shaped by the properties of networks of interdependent but diverse actors who respond to cues both from their local and their global situations.

All development and security policies presume a theory of change. This book considers the partnership of modernization theory, the dominant theory of social change since World War II, and liberal internationalism, the foreign policy agenda the West has promoted in political and economic development since the Cold War.1  It will contrast the analytical framework of modernization theory with that of the evolutionary theory of complexity to explain unforeseen development failures, governance trends, and alliance shifts.

International liberalism presumes that if developing societies adopt trade, monetary and fiscal reforms that integrate them into the global economy, the intensified speed of economic change will lead to changes in other societal structures and expedite a sociopolitical convergence toward global cooperation—a truly international society. It did not anticipate that social and political change move at a much slower pace than economic and technological change, and that considerable divergence can occur between the pace of economic and technological transition and the much more glacial pace of cultural and societal transitions. Instead of the anticipated convergence toward a common framework of values, the growing economic interconnectedness is accelerating growing diversity and disparity between the West and newly rising powers.

As it transitions from regional applications to global repercussions, liberalism must face many challenges it did not anticipate, and for which it is ill prepared. The world’s population growth and the flow of interregional trade are concentrating among regimes that operate far from first world conceptions of optimality. Both of these trends, trade shifts and demographic pressures, have implications for the evolution of global cooperation and for the kinds of policies that can be sustained through international cooperation.2 The linkages between liberal internationalism and modernization theory fail to provide convincing explanations for the unanticipated variations in governance that can arise from the local pursuit of wealth and power.3