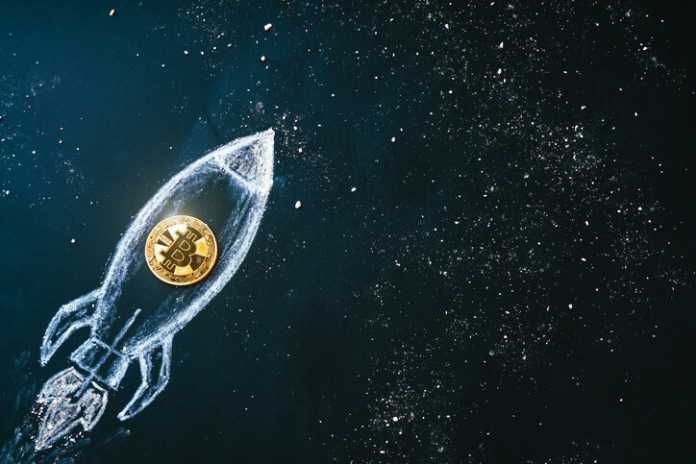 
Bitcoin sparked the birth of the cryptocurrency industry and was designed to replace paper-based currencies and gain worldwide recognition. Over the past few months, the price of Bitcoin has fallen greatly after reaching a value of $65,000 in April 2021.

Cryptocurrency experts predict that Bitcoin will be a more powerful global currency than the US dollar by the end of 2050. Investors and experts are struggling to predict the expected value of this currency in 2025. You can visit https://bitcoinprime.io/ for more details.

Understanding Bitcoin and the reasons for price rise

Bitcoin was founded by Satoshi Nakamoto as a peer-to-peer digital cash system aimed at replacing paper-based fiat currency. Since it is peer-to-peer, Bitcoin is decentralized, meaning it does not need third-party control such as the government or bank to monitor transactions.

Bitcoin transactions are approved by miners who receive BTC for any verified block and these are included in the blockchain. The BTC reward prompts miners to confirm more transactions and promote the Bitcoin network.

The supply of Bitcoin is capped at 21 million and together with halving, this makes the asset as scarce as gold. It is for that reason that it is referred to as digital gold. The unique characteristics of Bitcoin make this currency a store of value as well as a global transactional currency.

The currency is considered safe even during the season of economic crisis. As such, the economy in 2021 does not influence Bitcoin’s performance or its prices thereof. Bitcoin is, therefore, a powerful financial technology that is subject to price rise and capable of transforming the world. The projected growth of Bitcoin may be substantial and represent its actual value as an internationally recognized currency.

The price action of Bitcoin

According to a finance assignment help UK, the value of Bitcoin today is around $48,000 but because of its volatility, the asset has the potential to fluctuate fast. The currency started with a very small value after the release of the core client code into the market.

A few years later, its value rose to over $1,000 after which it started being recognized as a potential financial asset. In 2017, Bitcoin’s potential shook the world with many investors gaining tremendous wealth when the asset hit $20,000. That is when many people started learning about Bitcoin with many of the retail investors running to buy it.

In 2018, the price started declining, causing the market to retrace by a low of 80% t0 $3,000. This trend left many investors wondering whether Bitcoin will ever regain its momentum.

The future of Bitcoin

Plan B uses Bitcoin’s scarcity to predict future prices, which is the rationale behind the Sock-to Flow model. Based on this model, Bitcoin could reach $288,000 when it reaches the next high in a few years.

Bitcoin developer Adam Back estimates the currency’s price at $300,000 in the next few years. According to Adam, the currency may not need another institutional adoption to assume price change because many investors are considering hedging their investments.

Making Bitcoin’s price predictions is not an easy task, although some industry experts have made accurate predictions in the past. For instance, Daniel Masters, a financial analyst, predicted that Bitcoin price would break out in 2017 to reach a $4,400 mark. Bitcoin reached that price and later rose to $20,000

Another successful price prediction was done by Vinny Lingham, who said that Bitcoin would be valued at between $2,000 and $3,000 by 2017. Peter Brandt predicted that Bitcoin value could drop by at least 80% in 2018. At the close of the year, the target was realized and the currency dropped to $3,200.

According to Bloomberg Research 2020, Bitcoin was expected to reach the $20,000 mark by December 2020, the prediction of which was accurate. Tim Draper, a venture capitalist and a heavy investor in cryptocurrency, has also made accurate Bitcoin price predictions. In 2014, Draper estimated the price to reach $10,000 by the end of 2018. His projection was right because, in 2017, the price of the currency doubled the projection.

Bitcoin cycles every four years through the process of halving, with the next having coming in 2024. The currency’s price will go up again as a result of a reduction in the supply. Technical analysts predict Bitcoin price to reach a high of $500,000 by the beginning of 2025.

Based on the massive forecasts and price projections, the currency could replace other global currencies in the future. The use of prediction models or technical analysis does not guarantee the accuracy of results, so the experts could get it right or wrong. The Bitcoin prices are so volatile and it is never too late to invest in the currency for short-term and long-term gains.

Thomas Jackson is a college paper writer who provides assignment help to students. He’s considered to be the best assignment helper online. He is an active member of some very good writing clubs in New York. Besides academic writing, he loves to pen down songs, something he has been doing since his childhood. He gets his inspiration from his family and live music shows.