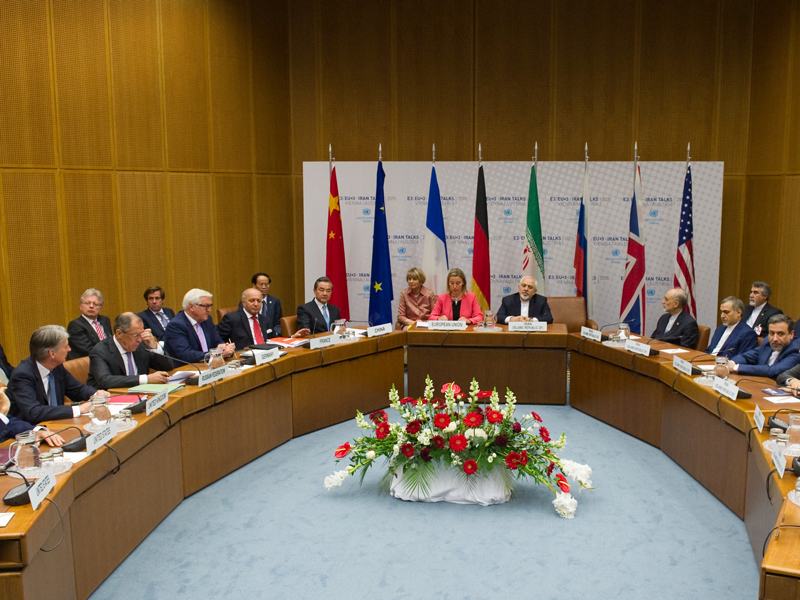 Iran and the 5+1/E3+3 Powers (US, Britain, France, Germany, China, and Russia) have at last completed a comprehensive nuclear agreement after years of discussions and threats of conflict. The deal sets out requirements for keeping Iran’s nuclear programme from producing nuclear weapons, and establishes a timeline for lifting sanctions that have pushed the country to the brink.

But how can the complexities of the 139-page document be understood, especially amid the already charged argument between those who support and those who oppose the deal? Here are the fundamental points.

This is a Good Deal for All Sides
An excellent agreement is not based on one side “winning” and the other “losing”. It is based on each side compromising but still reaching important objectives.

For the first time, Iran gets international recognition of its enrichment of uranium for civil purposes. That legitimacy also brings the prospect of re-opened trade and investment links, vital for an economy which has been crippled by sanctions and mismanagement over the past decade.

The US, other powers, and the international community get defined limits on that enriched uranium. Put bluntly – and in defiance of the hyperbolic objections of the deal’s critics – Iran has been pushed far back from a militarised program for many years, even if it really was seeking nuclear weapons in the first place.

It no longer has any 20% uranium in a form that can be developed for a bomb, and even its 5% uranium is sharply reduced. Its nuclear facilities, including enrichment plants and a proposed heavy-water nuclear reactor, are under an extensive and tightly defined system of inspections. Some of its military sites will be visited to ensure that no traces of any past quest for nuclear weapons remain. Iran will finally adhere to the Additional Protocol of the Nuclear Non-Proliferation Treaty.

The situation will still be far from “normal” given the years of tension. Nonetheless, for the first time, there is the prospect of Iran becoming part of the global challenge over nuclear proliferation, rather than a pariah.

The Loudest Objections Will Come From the US

Without an agreement, Iran would have been headed for a disastrous economic collapse, setting up years of punishment for most ordinary Iranians.
Despite the Supreme Leader’s deep hostility towards the US, repeated in a speech only a few days before the deal was handed down, the biggest challenge to the new agreement will not come from Iran. Those who oppose the agreement will be shunted to the side, with even hardliners in the military and parliament having to swallow any criticisms.

The reason is the Iranian economy. Without an agreement, Iran would have been headed for a disastrous economic collapse, setting up years of punishment for most ordinary Iranians. It was this prospect, presented to Ayatollah Khamenei in September 2013 by president Rouhani, that brought Iran to the table for the decisive talks. And it was this prospect that ensured the compromises needed to avert breakdown of discussions.

So Iran’s domestic politics pose little threat to the deal. Instead, the far bigger threat to the agreement will come from critics in the US.

For weeks before the announcement, American hardliners – not only members of Congress but also “think tanks” and former Government officials in media outlets such as Fox News – were busy venting their doom-laden assessments, usually with complete detachment from the negotiations. They have insisted that Iran will continue to pursue the bomb through covert activities, and that it will use an agreement to spread its pernicious influence across the Middle East and even attack Israel.

But even in the US’s poisonous political climate, the odds are stacked against the hardliners. President Obama’s decision to persist with the talks, despite all the pressure, has changed the political game. To break an agreement, the objectors need at least 67 of 100 US Senators to override the veto that Obama has promised to use.

Barring concrete evidence that Iran is “cheating”, it will be hard to get that two-thirds majority. For all the media noise, the prospect of a reduction in tension rather than a return to confrontation – and even the possibility of military action – is unlikely to be welcomed by most Americans.

The Deal is Just Another Beginning
The agreement is not the end of the Iran’s nuclear road, but another step on it. Iran’s hope that all sanctions could be removed as soon as the deal was signed was scotched by the other powers, who made sure that verification of Iran’s full compliance was necessary for an end to restrictions. The timing of that verification was one of the reasons for the protracted final stage of the talks.

We are now entering a months-long process in which the Iranians will have to establish that they have drawn down stocks of enriched uranium, that they have dismantled operating centrifuges, that they are putting required limits on nuclear facilities, and that they will not pursue a “secret” program at an undisclosed site.

The International Atomic Energy Agency – in a separate deal announced on the same day as the big one – will verify their compliance by December, and only then will the sanctions finally be eased.

So Iran’s oil exports, halved since 2012, will not be boosted until spring 2016 at the earliest. It will still face the challenge of attracting foreign investment for the oil and gas sector and other vital industrial areas. By the time that they have righted the economic ship, their adherence to the agreement should be well established.

This Doesn’t Resolve Regional Issues
In the last weeks before the agreement, some who objected to a deal invoked a nightmare scenario wherein Iran would use an economic windfall of up to $100 billion in unfrozen funds to support tyranny and spread terror throughout the Middle East.

Their vision is overwrought. Iran’s first priority for released funds will be the alleviation of internal economic problems. But these objectors are right inasmuch as conflict is still tearing up the Middle East, and Iran is clearly a key player.

In Iraq, Tehran is still an important backer of the Iraqi Government and Shia militias fighting Islamic State. Even though the US is nominally on the same side, the suspicions of the Supreme Leader and the military will likely prevent any reconciliation, at least in the short term.

In Yemen, the Iranians will continue to give political and economic aid, if not military assistance, to the Ansar Allah (Houthi) movement who are being challenged by Saudi-led air attacks. And the Islamic Republic will continue to shout loudly about Palestine and the need to defeat Israel – even if its strategy on the ground is far more limited than the rhetoric suggests.

The deal flags up a need that the US and other countries have to come up with a sensible strategy for issues from Syria to Yemen to Iraq to Palestine, one that heads off the worrying trend towards proxy war.

Most importantly, there is Syria. Iran has been vital in propping up the Assad regime in the four-year conflict, and with the release of economic pressure under the nuclear agreement, it could bolster that support.

That means president Rouhani, foreign minister Zarif, and their allies are now pushing for an “engagement” strategy to deal with these regional conflicts, including discussions with others such as the US. They are likely to be opposed by elements of the Iranian military, including the Revolutionary Guards, with the Supreme Leader weighing his options.

None of this means the nuclear deal shouldn’t have been struck. Instead, it flags up a need that’s always been present: the US and other countries have to come up with a sensible strategy for issues from Syria to Yemen to Iraq to Palestine, one that heads off the worrying trend towards proxy war.

Those in Iran Should Not be Left Behind
In autumn 2009, the US and its allies pressed for a renewal of nuclear talks, even as the Iranian regime was putting down the protests after the disputed presidential elections. Even though scores of demonstrators were killed and thousands of others detained – some of whom are still held, including opposition leaders – the negotiations proceeded. That almost forgotten moment is a reminder that the advance on the nuclear issue has not been accompanied by justice and rights for many inside Iran.

The article was first published in The Conversation http://www.theconversation.com/uk


Go to top
About the Author
Scott Lucas became Professor of International Politics in 2014, having been on the staff of the University of Birmingham since 1989 and a Professor of American Studies since 1997. He began his career as a specialist in US and British foreign policy, but his research interests now also cover current international affairs – especially North Africa, the Middle East, and Iran – New Media, and Intelligence Services. A professional journalist since 1979, Professor Lucas is the founder and editor of EA WorldView, a leading website in daily news and analysis of Iran, Turkey, Syria, and the wider Middle East, as well as US foreign policy.