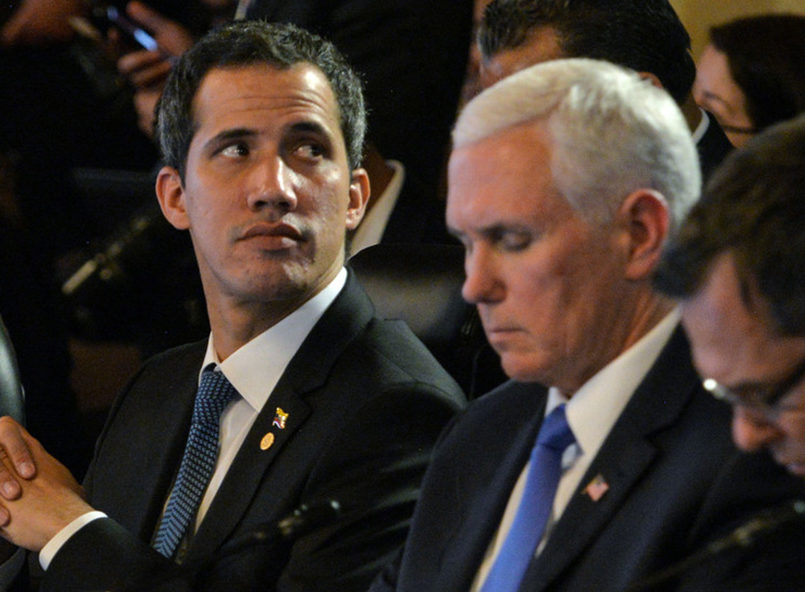 After the new coup attempt – or propaganda coup – Venezuela lives in a state of foreign-imposed insecurity. The failed coup was executed on 30 April by Juan Guaidó, the self-proclaimed and Washington-trained and endorsed “interim President”, and the opposition leader, Leopoldo López, who was hurriedly freed from house arrest by Guaidó with a couple of dozens of armed-to-the-teeth defecting military, who apparently didn’t quite know what they were up to. Because, when all was over after a few hours, most of them asked to be re-integrated into their military units – and, as far as I know, they were readmitted.

These are Washington’s puppets and “coup-makers”. When one sees that the so-called coup was defeated in a mere few hours, without any Venezuelan military interference, one wonders whether this was really planned as a coup, or merely as a “public relations” coup, for the media to ‘recharge’ their narrative of Maduro dictatorship, of a suffering people, of famine, of lack of medication and medical supply – all due to the Maduro government’s mismanagement of Venezuela’s natural riches, the lie-slander we have been used to for the last several years.

For sure, the Venezuelan people are suffering. According to a CEPR report sanctions have killed some 40,000 Venezuelans. And this, not because of President Maduro’s squandering of Venezuelan resources, but because of a brutal, merciless outside interference, principally from the United States and to a lesser degree from Washington’s European vassals. If you listen to the ceaseless drumbeat for war against Venezuela and her democratically elected President Nicolas Maduro, by Pompeo, Bolton, Pence, and Trump – you can only wonder and shake your head – what pathological and schizophrenic world we are living in? – And – are we all sick to the bone, that we tolerate it, that nobody of and in power – other than Russia and China – say ‘Halt’ to this deadly fiasco?

Peter Koenig is an economist and geopolitical analyst. He is also a water resources and environmental specialist. He worked for over 30 years with the World Bank and the World Health Organization around the world in the fields of environment and water. He lectures at universities in the US, Europe and South America. He writes regularly for Global Research; ICH; RT; Sputnik; PressTV; The 21st Century; TeleSUR; The Saker Blog, the New Eastern Outlook (NEO); and other internet sites. He is the author of Implosion – An Economic Thriller about War, Environmental Destruction and Corporate Greed – fiction based on facts and on 30 years of World Bank experience around the globe. He is also a co-author of The World Order and Revolution! – Essays from the Resistance. Peter Koenig is a Research Associate of the Centre for Research on Globalization.