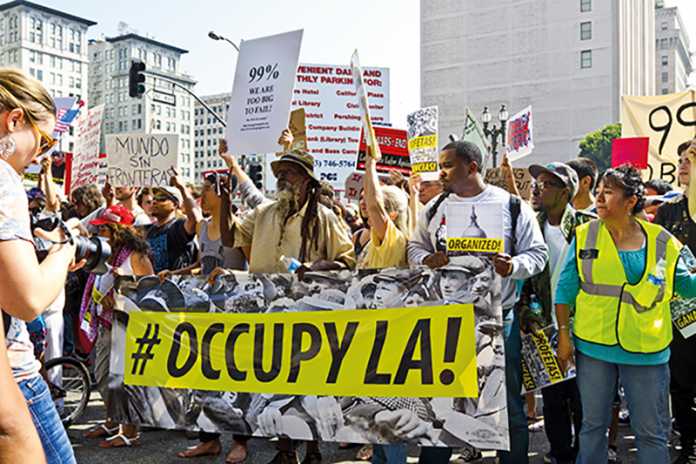 By Adrian Parr and Brad Evans

The financial crisis of 2008 catapulted the world into one of the worst financial upheavals since the Great Depression of the 1930s. Below, Adrian Parr and Brad Evans suggest that the opportunities for new economic alternatives and equitable forms of social organisation are rapidly declining, and address the importance of putting the political back into the discussion of the ongoing financial crises.

On September 15, 2008 the financial services company Lehman Brothers filed for bankruptcy. The week beginning Monday October 6, the Dow Jones Industrial Average fell at least 1% a day for six consecutive days, as the S&P 500 fell 22% in six trading sessions.1 By Friday October 10, 2008 the London stock market had “suffered its third largest fall ever” with the FTSE 100 falling by over 10% in early trading “wiping about £89.5billion off the value of Britain’s biggest companies.”2 The global economy went into free fall as the world’s leaders and business figures scrambled to stop it. A domino effect of bankruptcy, foreclosures, and rising unemployment set in.

Five years on and not much has changed since the world catapulted into one of the worst financial upheavals since the Great Depression of the 1930s. A vibrant people’s movement had briefly bubbled to the surface demanding change and a redistribution of power and wealth. Yet the opportunities to test-run brave new economic alternatives and equitable forms of social organisation are rapidly frittering away.

For a moment there, all eyes and hopes were on the Occupy Movement as it reclaimed public space in New York City, London, Madrid, Rome, Sydney, and Tapei just to name a few. The slogan, “We are the 99%”, struck a chord loud and deep in the hearts of people from all walks of life. People from around the world joined forces to demonstrate en-masse against the financial corruption and greed that had triggered the 2008 global financial meltdown demanding an end to the gross inequities and skewed power relations a capitalist economy produces.