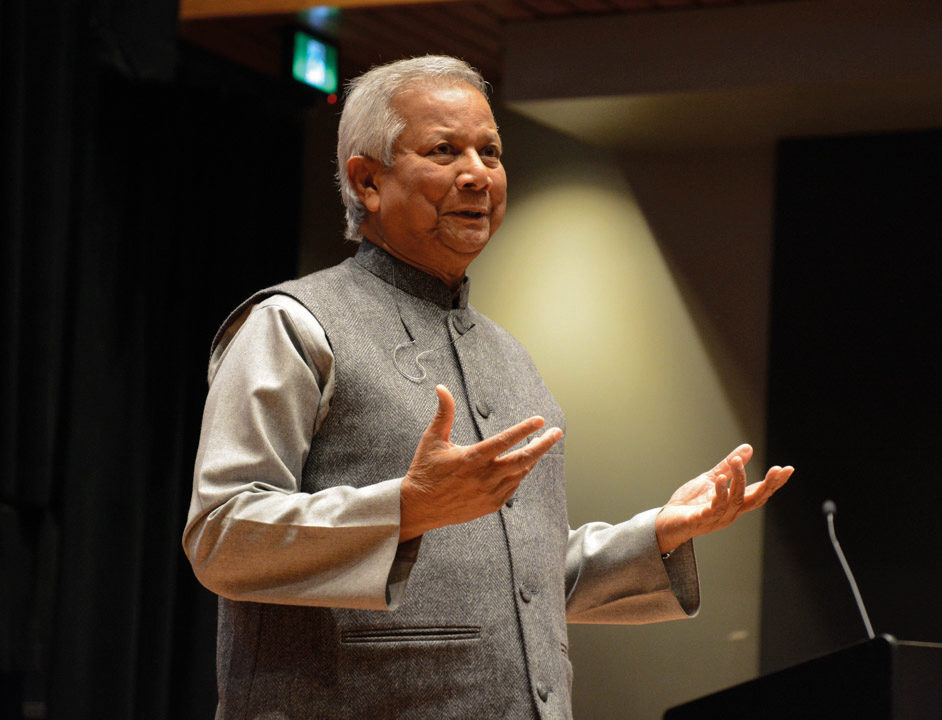 Despite the increased resources for providing financial access to the unbanked, 2.5 billion of the world’s adults still lack access to regulated financial services. In this article, the authors provide a comprehensive list of individuals who have been working on initiatives aimed at promoting financial inclusion in order to achieve economic prosperity for all.

A large number of people across the globe have restricted access to conventional financial services which are provided by banks and credit unions. In particular, 2.5 billion of the world’s adults lack access to basic financial services. Such a poor financial wellness is not just an economic and social issue in developing economies but also in developed countries, which are not immune to growing income inequalities.

Recipient of the 2006 Nobel Peace Prize, Professor Muhammad Yunus is internationally recognised as a pioneer of the micro-credit concept that uses small loans made at affordable interest rates for poverty alleviation and the empowerment of poor women. Professor Yunus has successfully blended capitalism with social mission to create the Grameen Bank, a micro-credit institution committed to providing small amounts of working capital to the impoverished people, especially women. Since its inception as an action-research project in 1976, Grameen Bank has grown to provide collateral-free loans to 7.5 million clients in more than 82,072 villages in Bangladesh and 97% of whom are women. Over the last two decades, Grameen Bank has disbursed over 6.5 billion dollars loans to the poorest of the poor, while maintaining a repayment rate consistently above 98%.

Connie Duckworth is an American entrepreneur and philanthropist. She founded ARZU in 2004, and currently serves as its Chairperson and CEO. Her philanthropic work, which is very close to her heart, has been the driving factor in changing the lives of marginalised people..She has been working for women’s empowerment to create business opportunities for them. Her organisation is working for Afghan women –  helping them to learn the manufacturing process of artisan goods and providing them a platform to sell such products worldwide, which is a coherent plan towards putting them into mainstream. She recruits weavers by going house-to-house in the remotest part of Afghanistan and explains to them her business concept. Weavers are paid as per the local market rate.

Ms. Duckworth was conferred with 2012 UNICEF Chicago Humanitarian Award, and in the same year, she was honoured with the 2012 Woman Extraordinaire by Chicago International Women Associates. Wharton School Dean also awarded her a Medal in 2011, which is the school’s highest honour. In 2008, Skoll Foundation acknowledged her for Social Entrepreneurship.

Valentina Loiz is a senior journalist from Geneva, Valentina who has worked with some of the most globally recognised news and media outlets. She has a special interest in reporting on humanitarian issues, social innovation and financial inclusion. She has also worked with leading social entrepreneurs to help them develop profitable and scalable models for reaching poor communities and contributing to global development.