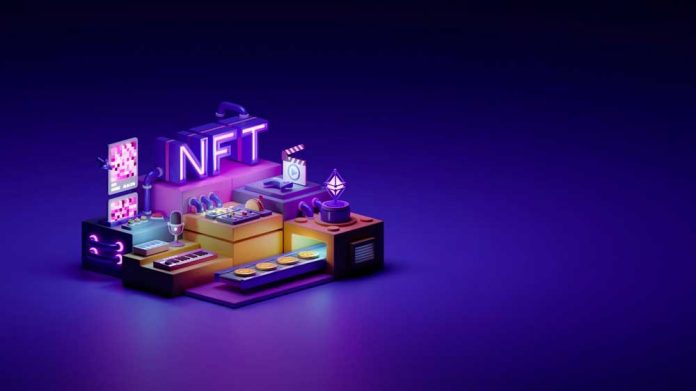 The growth of the international gaming market has been steady for over a decade, with the industry now worth over USD$135 billion. As the market has developed, new avenues for involvement have opened up. Research projects that by 2027, the worldwide gaming market will be valued at more than USD$280 billion.

One of these places where blockchain technology and the gaming industry intersect is Play-to-Earn (P2E). P2E gaming is prevalent, but this wasn’t always the case. In contrast, P2E has been growing since its inception in 2013.

This post will discuss the fundamentals of the P2E market and provide an overview of a few of the most popular P2E games.

What are Play-To-Earn games?

When we speak of “Play-to-Earn” games, we mean those that enable players to earn real-world dollars or commodities like Non-Fungible Tokens (NFTs) through gameplay. As previously inaccessible technologies became more widely available, new video games and business models emerged.

A few decades ago, gamers were required to travel to arcades to play their favorite games. Players would use a sack of quarters as a currency to see who could rack up the highest score. However, this was before the digital revolution introduced games to mobile devices, personal computers, and gaming consoles, such as Xbox, PS5, and others.

Play-to-Earn is a new game paradigm that has evolved recently, particularly in the blockchain business. It’s a legal option for gamers to earn money while enjoying their favorite entertainment. Users assist other players and developers by participating in the game’s ecosystem and are rewarded with tradable in-game products.

On the blockchain, coins and accessories might be tokenized and considered digital assets. Consequently, the play-to-earn business model is suitable for blockchain and regular casino games.

Here is a list of one of the most popular P2E games in 2023; hopefully, you can discover one that fits your preferences.

Axie Infinity is one of the most well-known play-to-earn games currently available. It’s an Ethereum blockchain-based Pokémon-like game where a player constructs a team of three Axies that are utilized in combat against other players to obtain the Smooth Love Potion (SLP) and Axie Infinity Shards (AXS) tokens, which can be exchanged for currency.

You can also earn rewards by completing tasks, beating AI foes in Adventure mode, and cultivating vital resources. To learn more about Axie Infinity’s SLP and AXS token, it’s best to make time and do your due diligence in researching them.

Axies are stored as NFTs on the blockchain and are tradable on the Axie Infinity Marketplace. Today, Axies range in price from a few dollars for the most common to hundreds of thousands of dollars for the rarest. Utilizing the distinct traits of their Axies, players can breed new Axies with rare attributes that can be sold for a profit.

Axie Infinity has remained one of the most popular play-to-earn games since its popularity spike in 2021, attracting hundreds of thousands of monthly players who transact millions of dollars daily. The game’s primary investment vehicle and governance token, AXS, is our second choice for the finest play-to-earn cryptocurrencies to invest in.

The Sandbox is a 3D virtual realm in which players can construct whatever they like, similar to a literal sandbox. The Sandbox is divided into hundreds of digital land parcels, represented by the LAND NFT. The SAND token purchases LAND and other in-game assets on The Sandbox’s Marketplace.

This LAND is then utilized to construct monetizable games, experiences, and social centers for the rest of The Sandbox’s community to enjoy. VoxEdit is a platform for designing art, automobiles, wearables, characters, monsters, and more that allows users to build unique creations.

The generated products can be sold on the market for a profit or utilized in The Sandbox’s Game Maker, a plug-and-play solution for the game building. There are currently dozens of immersive experiences in The Sandbox, including Hell’s Gate and Xalya Sanctuary, created using VoxEdit and Game Maker.

The play-to-win game CryptoBlades combines typical RPG gameplay with a crypto aspect. This game aims to battle other players, earn SKILL tokens, and upgrade your weaponry to rise the ranks.

Each character has a set of traits, such as stamina and strength, that offer them a greater probability of victory in duels, but you can also acquire or make additional weapon NFTs to improve your odds.

Like many other RPGs, you can team up with other players and participate in raids. Raids are assignments to defeat one of the game’s bosses, and the greater your team’s rating, the more difficult it will be to succeed.

However, this also increases your chances of acquiring valuable stuff. You can also perform quests to increase your rank, which will help boost your SKILL benefits from playing. CryptoBlades is one of the most well-known play-to-earn role-playing games, and SKILL is one of the market’s most promising play-to-earn cryptocurrency tokens.

It’s safe to say that games where participants earn crypto tokens through playing, will soon become the hottest trend in the industry. Imagine making a substantial sum while having fun. However, because of the volatility of cryptocurrencies, you should exercise caution with games that require initial deposits.

It’s best to learn from scratch with cryptocurrency and how it works before investing your money. Ensure you can afford to lose the money you’re about to invest. Knowledge should always be prioritized to avoid reckless actions.