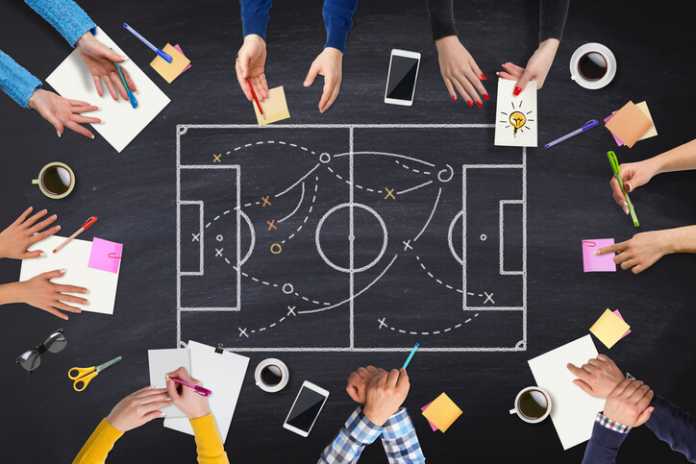 There are many different elements to running a successful business, with a huge range of strategies you could use to help you along the way. Yet, sometimes the advice that you need may come from an unexpected source. By taking a look at some of the lessons that we can learn from other walks of life, it is possible to find new ways of taking a business forward that you might not have considered otherwise.

A large part of the success achieved by the world’s top athletes is down to their mental attitude rather than their physical ability. Research in the Journal of Sports Sciences publication noted that Olympics stars tend to have plenty of self-confidence, work towards goals, and are perfectionists in a healthy way, just like the most successful business leaders. The likes of Muhammad Ali and Tiger Woods have shown us these facets to their personality in bouncing back from adversity and becoming hugely influential celebrities.

The business world is hugely competitive but it is how you approach this that will make the difference. Being healthily competitive means setting yourself tough but achievable goals while learning from your rival. Reward your highest performers and encourage healthy conflict too, which is based on mutual trust and respect, allowing relationships to get stronger by resolving issues in the right way.

Healthy competition fosters the kind of rivalry that forces everyone to improve their performances. Just take a look at some of the most memorable rivalries in sport to see how that works. Jack Nicklaus and Arnold Palmer pushed each other on in golf, in much the same way that we have seen Federer, Djokovic, and Nadal rise to the challenge in tennis. In a business environment, running fun competitions such as seeing who can pick up most sales or retain most clients in the month will add a spark of extra interest and could fire the team to better results.

In terms of rival firms, it is fine to admire them and use them to inspire you to move up to the next level. Looking at the competition in the right way can help you to spot market trends and avoid slipping into complacency. You won’t be taken by surprise by anyone if you have an eye on the market at all times and measure your progress against that made by your main competitors.

Use the Risk and Reward Calculations in Gambling

If there is one thing that gamblers are always very aware of it is the possible rewards on offer compared to the risk they are taking. In general terms. the higher the wager the greater the chance of a big win. Another approach is to look for higher odds, which would give a larger payout but where the chances of correctly predicting the outcome are lower. In this way, you could win the same betting a large sum on the favorite to win a horse race, or putting a smaller wager on an unfancied outsider that has long odds, such as He Knows No Fear who won at 300-1 in 2020.

Winning on a specific number in roulette pays out at 35 to 1 but is difficult to predict. On the other hand, choose red or black, and your chance of winning shoots up although the potential win drops to 1:1. A look at the roulette versions on the Betway Casino shows that different games also give a different risk/reward ratio. European roulette has a single zero compared to the double zero in American games, while Multifire Auto Roulette has multipliers that increase the possible wins. Sapphire Roulette adds in called bets like zero, orphans, and tiers that cover several numbers.

Blackjack is another popular game that is considered one of the lowest-risk ways of gambling. Given the element of chance involved in it, you would expect to win close to 50% of your hands, provided that you make reasonable choices on whether to hit or stand each time. However, you can also decide to take bigger risks by choosing to split out your card or double down on your current bet.

As far as the global economy is concerned, you are faced with decisions like this all the time. Do you invest more in a new product or expand into a new international market through spending more on digital marketing? Is it time to upgrade your equipment or settle for a period of consolidation? The smartest casino players understand the rules and have a strategy in place to manage their funds. When making business decisions, it is all about understanding the market and using your finances wisely.

It is easy to picture gamers as solitary competitors who need to work alone at all times. However, many of the latest games force them to work together to solve puzzles and overcome rivals. A study carried out by researchers from Brigham Young University found that newly-created teams turned out to be more productive after playing video games for a period of 45 minutes, which helps to show how quickly collaboration levels can rise among gamers.

The emergence of esports teams is another factor that has increased the collaboration levels needed in gaming. Team Liquid has earned over $37 million in prize money from tournaments featuring games like Dota, Fortnite, and League of Legends, making them the most successful esports team around. Many games require five active players on each team, with specific objectives like capturing flags or planting bombs given to certain members of the team.

In the same way, most businesses have certain well-defined roles, while the rest of the team needs to work together to ensure success. Team-building exercises can help everyone to pull together, with video games one of the best options for overcoming some of the most common issues in handling staff. This list of online team-building games includes mysteries to solve, bingo, role-playing games, and classics like battleship. You should find that people who have fun together while playing games find it easier to get to know and trust one another.

All of these areas show us that businesses can learn new, exciting ideas from just about any walk of life. The secret is in keeping an open mind and taking useful ideas from anywhere that you find them.