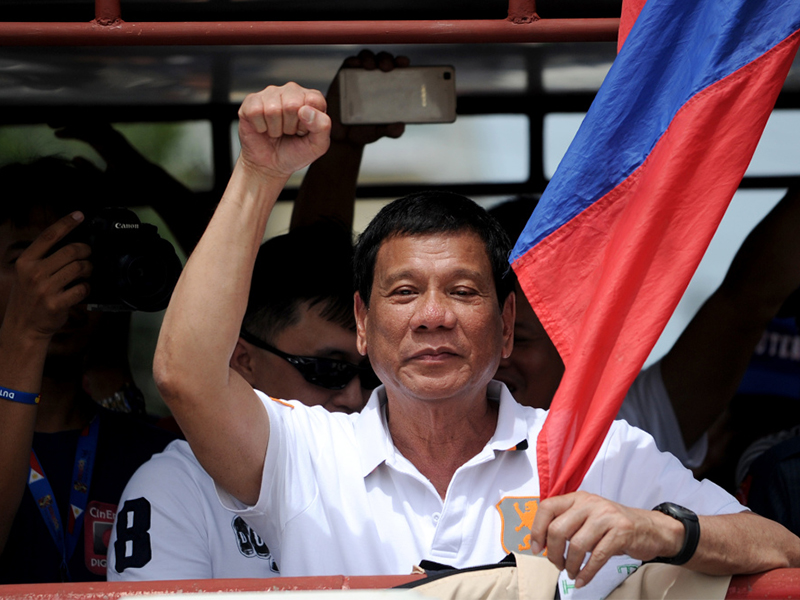 A hapless elite, an angry electorate, and a brash front-runner with little regard for democratic norms: The latest Philippine election sounds a lot like America’s.

International reports about the recent election in the Philippines invariably refer to its result as a “political earthquake.” The metaphor is accurate.

A year ago, few believed that Rodrigo Duterte, the mayor of Davao, would be the next president of the Philippines. Duterte had achieved a reputation as a Filipino “Dirty Harry,” a strongman who boasted that he got rid of criminals and drug pushers by wiping them off the face of the earth. When questioned about the 1,000-plus extrajudicial executions alleged to have taken place under his watch, he simply growled that criminals had no human rights and were not entitled to due process.

He was the outlier in Philippine politics, the one who didn’t buy into liberal values and liberal democratic discourse. He seemed to take perverse delight in peppering his talks with curses like putang ina (“son of a bitch”) and calling people who irritated him bakla (gay) or cono (cunt) — his special term for people coming from elite families.

Not surprisingly, many have likened him to another political outlier: Donald Trump.

Walden Bello, a columnist for Foreign Policy in Focus, he is a member of the House of Representatives of the Philippines and a senior analyst at the Bangkok-based research and advocacy institute Focus on the Global South. He is the author or co-author of 19 books, the latest of which are Capitalism’s Last Stand? (London: Zed, 2013) and State of Fragmentation: the Philippines in Transition (Quezon City: Focus on the Global South and FES, 2014).