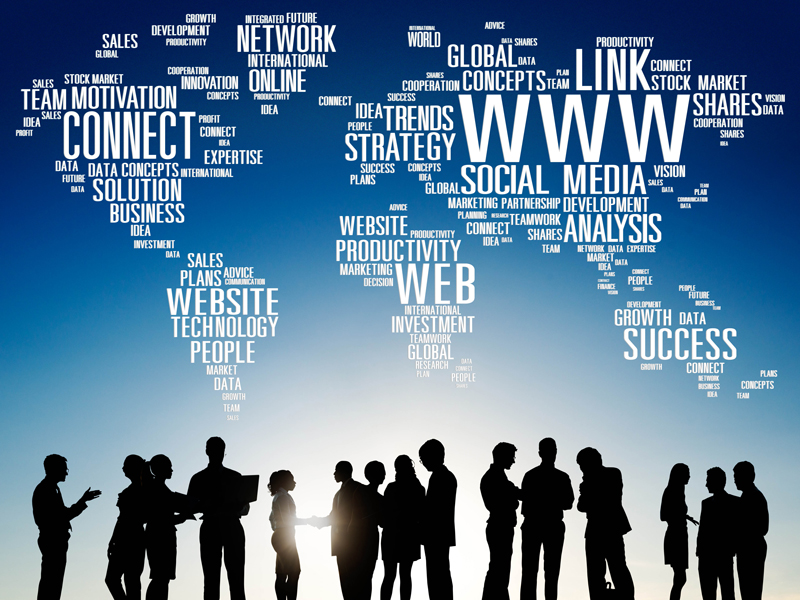 By Michael Mainelli and Robert Ghanea-Hercock

Today, with a smart phone, any individual on the planet has access to the power of most recorded knowledge. Over the past two decades, connectivity has spawned social networks, chat rooms, usenets, blogs, wikis, bulletin boards and other ways of communicating. As we communicate more, and arm ourselves with more information, we face the difficult challenge of how to make decisions. If the First Enlightenment was about science – “How we know what we know”, then our Second Enlightenment might be about decisions.

From Enlightenment About Knowing To Enlightenment About Doing?
In the 16th century “New Learning” led to “Natural Philosophy” and in turn to the Enlightenment of the 17th and 18th centuries. The Enlightenment was a cultural movement of intellectuals challenging dogmatic ideas, advancing knowledge using the scientific method, and reforming society through reason. During the Enlightenment people developed an agreed body of knowledge and a process for improving it, “Science”. Science can be described as a continuous process of deciding what we know. Science has advanced markedly since the Enlightenment, but these advances have not been accompanied by a corresponding set of advances in deciding what we do. Recent interest in better methods of developing information through consensus, such as James Surowiecki’s The Wisdom of Crowds, should extend to better methods of making group decisions.

A potted history of group decisions begins two million years ago with primate social structures, many of them exhibiting forms of democracy. Conflict led to the evolution of tribal command-and-control structures, which existed alongside tribal social structures. About 2,500 years ago, we attribute to Athens the invention of formal democracy where all members of society, pace women and slaves, have an equal share of formal political power. Around 2,200 years ago the Romans add a small twist, representative democracy. We’re still waiting for the next big advance. Moises Naim observes:

“Democracies based on single-issue NGOs and opportunistic electoral machines are weak democracies. And they are proliferating… Almost everything we do has been transformed by new technologies and organisations. Everything, that is, except the way we govern ourselves.”
[Moises Naim, “If I Ruled The World”, Prospect, May 2013, page 6]

Knowledge, Technology, and Commitment Are Power


A Second Enlightenment that focused on “doing” might conclude that “Commitment is Power”.

At the beginning of the Enlightenment, Francis Bacon noted, “Knowledge is Power.” Today, with a smart phone, any individual on the planet has access to the power of most recorded knowledge. A Second Enlightenment that focused on “doing” might conclude that “Commitment is Power”. Communication costs historically impeded group action. Periodic widespread protests such as 1848, 1968 or 1989 seemed to come from nowhere, then fade away, leaving misty adolescent memories. Over the past two decades, connectivity has spawned social networks, chat rooms, usenets, blogs, wikis, bulletin boards and other ways of communicating. As we communicate more, we have seen that mass-organising via internet technology has real power and proliferates, think Anonymous, Orange Revolution, Occupy, Arab Spring, Turkey, Brazil, Ukraine (again), Hong Kong.

Group decision costs have been another impediment. A formal public vote is expensive. We have seen polls and other less expensive survey mechanisms gain credibility. We see more online and real-time voting of numerous forms, from consumer ratings to television voting on programme direction, as well as experiments in e-government voting. Computational connectivity and power permit more complex voting regimes. Prediction markets would have been computationally expensive twenty years ago, but now flourish. If enough people want to experiment, there are suggestions for simultaneous positive and negative voting, continuous voting, or voting via transferrable coins, e.g. based on technical architectures similar to Bitcoin’s blockchains and providing a rich set of options for vote allocation, weighting, and anonymity.

On our shrinking planet, more and more people need to make more important and longer term decisions on ‘wicked problems’ such as the environment, poverty, inequality, finance, pensions, forestry, over-fishing, over-population or energy.

And there are many areas that might use voting other than the government. Professional institutes already rely on online voting, but consider shareholder or educational voting more frequent. When the printing press markedly dropped the cost of books the number of printed books soared. When online communication brought down advertising costs, spam mail flourished. So too as the costs for group expressions of preference are falling markedly, expect to see much more voting. As long as there is unfulfilled demand for voting, expect to see supply rise as the cost falls. Will this lead to perpetual never-endums?

But voting is only part of making a group decision, and even then not always essential. Wicked problems is a phrase popularized in the 1970s to describe messy, circular, and aggressive problems, such as trying to run a business. According to Laurence J Peter of The Peter Principle fame, “Some problems are so complex that you have to be highly intelligent and well informed just to be undecided about them.” On our shrinking planet, more and more people need to make more important and longer term decisions on ‘wicked problems’ such as the environment, poverty, inequality, finance, pensions, forestry, over-fishing, over-population or energy. Many of these decisions are not amenable to yes/no voting. First, we have to agree that something is an issue, then we need to assess, rate, provide options, decide, allocate resources, implement and evaluate. Then, we have to iterate this process repeatedly. In some cases, perhaps too much sensitivity to the current group norm is the problem. We need leaders who point ahead through challenging paths and then make long-term decisions that stick. A common line about Benito Mussolini was that he “Made the trains run on time” (A propaganda snippet promulgated by Il Duce). This line is often followed by a plea for some short-term tyranny. The Asian model of single party governance, such as China’s, has become an appealing idea for a few commentators in the West, envious of the single party’s freedom to engineer major socio-economic changes. We may admire tyrants when they do good, but the reason is often that they are consistent and stick to a long-term plan when a populace might be more prone to prevaricate.

While today’s ministers can change their minds from news programme to news programme, invoking tyranny is hardly appealing and there are far more numerous cases where democratic institutions have delivered long-term solutions for complex health, education, transport, communications and other problems. Further, many long-term decisions are long-term mistakes.  We need ways of changing decisions as we learn.

Long Decisions
There are inklings of Goldilocks approaches, neither too much nor too little revision to past decisions. An interesting lesson can be inferred by contrasting the development of Microsoft’s operating systems and Linux.  In the case of Microsoft, a traditional corporate command-and-control structure has, at great expense, created a mediocre operating system. In the case of Linux, a group of unpaid, amorphous volunteers have created the operating system which powers the majority of the internet, especially its most vital functions. But how do they do it? Anthropologists have much to teach us about how a culture of volunteers can make better big long-term decisions about systems architecture and security than an extremely well-funded corporation. Is shareware a special case, or are there larger lessons to learn? With similar questions, political parties in Germany and Sweden, so-called Pirate Parties, are trying to apply delegative democracy under the rubric of “liquid democracy”.

Long Finance is a community inspired by Long Now’s 10,000 year clock.  Long Finance explores a core question, “When would we know our financial system is working?” Within that framework the Long Decisions group asks how we can better make 100 year decisions, stick to them, yet still learn along the way. Long Decisions is at an early stage of developing a conceptual framework, but we can already see three avenues of useful research. The first is new live formats for consensus decisions. We are looking at new forms of debate, inquiry and challenge. One such example is a Mythologue, a consensus building event that helps an audience select an appropriate narrative or model story that best fits a wicked problem. Second, we are looking at new technologies for building consensus or making decisions, such as a ‘reverse’ Twitter that follows a topic not a person, or where new forms of voting might be more rigorously tested, e.g. in shareholder governance. Third, we are looking at ways to make group decisions ‘stick’ but still retain the capacity to adapt to change. Policy performance bonds would extend the idea of interest linked bonds to other government targets. These bonds would pay more when a government fails to achieve its targets, such as alternative energy use, carbon emissions, or educational attainment. People can change previous decisions, but at a cost.

The Enlightenment and scientific method brought forth a vast improvement in the quality of human life. We stand at the threshold of a second wave of scientific and technical development that has equal power to reshape human social existence; if we can modernise our political and social processes for better collective decisions on these wicked problems. Somewhat grandiosely, if the First Enlightenment was about science – “how we know what we know”, then our Second Enlightenment might be about decisions – “how do we decide what we want to do”.


Go to top
About the Authors