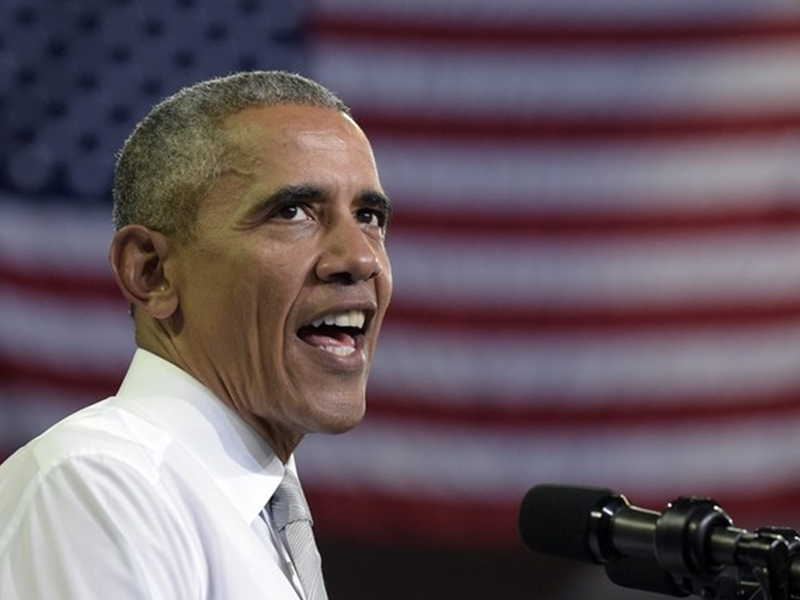 Since Barack Obama came to office in 2009, a signature policy of his administration has been the “pivot to Asia”. Much time has been spent in the region where the young “Barry” spent formative years (in Indonesia). US ships have conducted increasingly assertive “freedom of navigation operations” in the disputed South China Sea to defend the claims of American allies. And to cap it all, there was to be the Trans Pacific Partnership (TPP), a deal that Mr Obama’s then secretary of state, Hillary Clinton, said set “the gold standard” for trade agreements, binding 12 Pacific Rim countries but notably excluding China.

As the US president counts the days until he departs, there has already been much speculation over whether the pivot has a future under either of his successors. Donald Trump’s isolationism and badmouthing of trade deals offer little hope, while Mrs Clinton’s about-turn on the TPP – she later decided “it didn’t meet my standards” and said she was against it – leaves what Japan’s prime minister Shinzo Abe described as a “pillar” of the policy with no support.

Recent events, however, suggest that the rebalance is unravelling even before Mr Obama leaves office. Late last month the Philippines’ president, Rodrigo Duterte, announced his country’s “separation” from Washington and that it was “time to say goodbye to America” during a visit to Beijing. His soft-pedalling of an international arbitration that ruled against China and for the Philippines in the South China Sea appears to have had results – deals and agreements to the tune of $24 billion, and Filipino fishermen being allowed to return to the Scarborough Shoal, one of the maritime areas both countries claim.

The timing may be coincidence, but all three countries appear to be sending clear signals that their friendships with America should not be taken for granted and that in the long run, their relationships with Asia’s rising giant may be given priority.

Vietnam also has a maritime dispute with China and, given their history, has plenty of reasons to be suspicious of its northern neighbour’s intentions. Relations were thought to have significantly warmed with the US. But last month, Chinese warships were welcomed in the Vietnamese strategic deep water port of Cam Ranh Bay for the first time, with Vietnam’s defence ministry saying the visit was aimed at bolstering ties.

This week, Malaysia’s prime minister, Najib Razak, is also in Beijing. Trade relations are already strong, but many new agreements and the first ever military deal between the two countries are also expected to be signed. Malaysia is another party to the South China Sea dispute, and under Mr Najib ties with America had seemed closer than ever.

But in an interview ahead of his visit, he said China was “a true friend and a strategic partner” and that he wanted the relationship “to reach new heights”. The defence deal, meanwhile, provoked alarm among pro-US commentators. A Reuters report declared it a “blow to the US”, while CNBC pondered whether “Beijing could gain a strategic ally in the thorny South China Sea problem.”

And why not? As Singapore’s prime minister, Lee Hsien Loong, put it in an interview with Time recently: “The Chinese go around with lollipops in their pockets. They have aid, they have friendship deals… for them trade is an extension of their foreign policy.” Americans, he said “do not do these retail items”.

Moreover, he accused them of being about to walk away from TPP, which he referred to as the “one big thing which you have done… It shows that you are serious, that you are putting a stake here which you will have an interest in upholding.” After this, said Mr Lee, addressing an American audience: “How can anybody believe in you anymore?”

She told the Guardian: “This is the new regional norm. Now China is implementing the power and the US is in retreat.”

This may be a cause for consternation among those who see only good in American dominance, and it would be both a grave disappointment for Mr Obama, and another example of the aspirations of his foreign policy failing to overcome reality. Whether it is bad for the region, however, is another matter entirely.

The pivot, according to the veteran South East Asia researcher Bridget Welsh, is “dead in the water”.

Chinese officials talk repeatedly of “win-win cooperation”. Sceptics joke that they know what that means: China wins twice. But the many billions of dollars that the Chinese government and large companies are prepared to invest in South East Asia, particularly in infrastructure, are not to be sneezed at. And why should it matter that it is the China Railway Group that is planning to build the world’s largest underground city at an old military airport near my home in the Malaysian capital, Kuala Lumpur, rather than a European or American conglomerate?

The disputes in the South China Sea naturally worry smaller claimant nations. Yet China does not want military conflict. It is entirely possible that its leadership will settle for what my colleague Shahriman Lockman has described as “non-compliant compliance” with international rulings that go against it, maintaining its claims to sovereignty while effectively observing the status quo.

China does not subscribe to the “universal values” of the West, it will be said. But then neither does much of developing world.

And let us look again at the declining dominance, and question assumptions about its benevolence. Jimmy Carter once told me he thought that the US, since the Second World War, “has been the most warlike nation on Earth. We’ve been involved probably 30 times in military action in foreign countries, which has been almost invariably a mistake”.

If that is what US dominance meant, maybe we shouldn’t mourn the failure of the pivot too much.

Sholto Byrnes is a senior fellow at the Institute of Strategic and International Studies, Malaysia