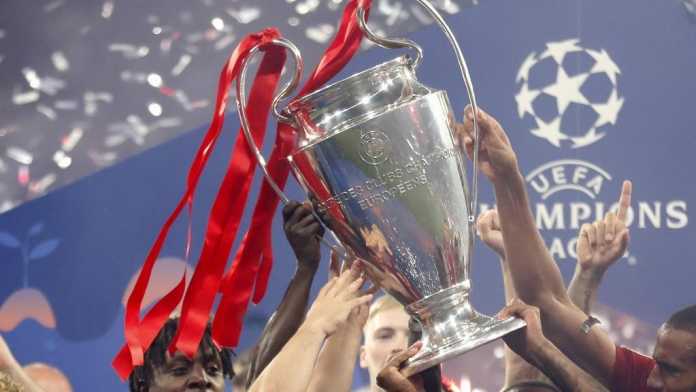 The essence of money in football is integral to on pitch success as the beautiful game often offers the chance to change lives and fortunes. Being the most famous sport in the world, the huge traction equates to massive funding from TV deals and commercial endorsements.

The UEFA Champions League is one of the most lucrative honours in world football and 32 clubs entered the 2021/22 group stage with a chance to earn as much prize money as possible from their efforts.

With the qualified teams having been halved to the last 16 that will contest the knockout stages in February, we thought to remind you of the financial reward in place for this season’s European competitions.

After providing us with valuable data for this article, of course you can follow all important games with Overlyzer’s live stats as they provide an incredible database of information on football games.

UEFA will have a total prize fund of €1.1billion available for distribution among the 32 sides who qualified for the Champions League group stage. With a maximum €85 million awarded to the club that wins every group match and goes on to lift the trophy in St. Petersburg next May

The prize money continues to increase in accordance with the ever-growing demand from fans and this season’s maximum prize is up from the previous €82.5m.

Elsewhere, the top prize money available for the UEFA Europa League is a maximum €23.4m, while the inaugural UEFA Europa Conference League will reward the winners a maximum €15.5m.

The Champions League remains the pinnacle of the European game in pedigree as well as financially. Winning the trophy with the big ears is a lucrative development for the all-round image of that club with further rewards available even months after the achievement.

Indeed, the Champions League winners also stand to receive €3.5m for participating in the UEFA Super Cup including a further €1m should they win the season’s curtain-raiser.

At the end of this season, UEFA will distribute €600.6m in coefficient-based amounts to this season’s participating clubs. The complex payment system awards clubs in order of the UEFA coefficient ranking which is aggregated for their European performances over the last decade, €1.137m is given to the lowest ranked club with a bounty of up to €36.38m available for the top club.

Of prime importance is also the proceeds from TV rights as a total of €300.3m is to be shared among the Champions League clubs in 2021/22, each country will be paid depending on the value of their TV market and then distributed among their continental representatives.

UEFA has announced that a total €500.8 million will be distributed among the 2021/22 Europa League participating clubs including those in the qualifying rounds. Clubs can earn up to €15 – €25 million based on their overall performances, including another €10 to €30 million on payments from the market pool depending on the country the club represents.

Based on the new ten-year positioning, an aggregate sum of €84m has been separated into ‘coefficient shares’ each with a value of €71,430. The least positioned club will get one offer (€71,430) as one more will be added to each position meaning the highest ranked club will get 48 offers amounting to €3.42m.

Going down to Europe’s new third-tier competition, each participating club in the Europa Conference League will get €2.94m with €500,000 for every group stage win and €166,000 for a draw.

Reaching the knockout rounds will attract an extra €600,000, with €1m available for the quarter-finalists, €2m for the semis and €3m for the losing finalists. The winner will get €5m.

That leaves the maximum prize money a team can earn in the Europa Conference League at just over €15m.

Using a similar formula to the Champions League, a total €23.5m broadcasting pool will be shared between the teams at 6.7% of UEFA’s €3.5bn commercial revenue going to the Conference League. The remaining funds go towards organisational costs and solidarity payments that include €10m towards the Women’s Champions League.

In keeping with the unprecedented times, UEFA is set to deduct some of the €2.732 billion total for distribution among the Champions League, Europa League and Europa Conference League clubs in the 2021/22 season because of the financial impact of the coronavirus pandemic. A total of €83.3m will be set aside from the proceeds across the three men’s club competitions.