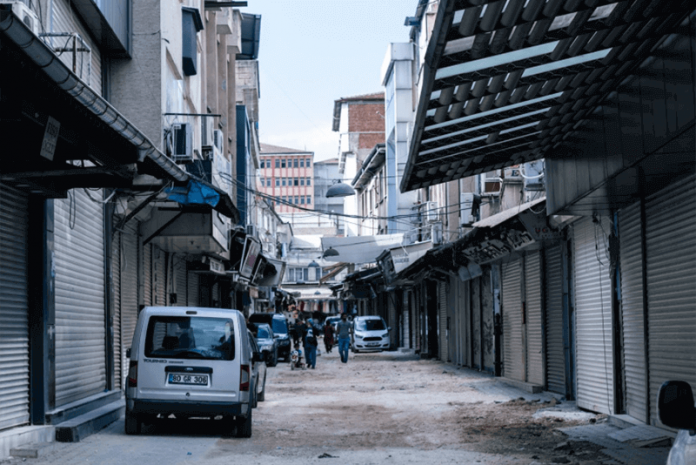 Turkey, home to about half of the total Syrian refugee population, hosts more Syrian refugees than any other country. The unique model of Turkey’s response to the influx of Syrian refugees allows for their effective integration into the host society, not condemning them to isolation in refugee camps. At the same time, however, the socio economic challenges associated with them trying to rebuild their lives outside of Syria are numerous.

With no end in sight to the crisis in Syria, the population of Syrians in Turkey keeps growing, especially in the south of the country. There small Turkish towns close to the Syrian border have been praised for their effectiveness in providing refugees with assistance they require.

While the highest number of Syrian refugees in Turkey can be found in Istanbul, a buzzing metropolis with the population of more than fifteen million, Gaziantep, with a population of only two million, is where Syrians have truly become integrated into the host society.

Gaziantep is home to almost half a million Syrian refugees

Gaziantep has a population ten times smaller than Istanbul, and yet it welcomed almost half a million Syrian refugees, a number comparable to the Syrian refugee community in the country’s capital.

Gaziantep has a total population of around two million, more than 400,000 of that are Syrian refugees

Being closer to Aleppo than any Turkish city, Gaziantep has been one of the main destinations chosen by families fleeing the unstable situation in Syria. After absorbing more than 400,000 Syrian refugees, the city’s population has grown by thirty per cent.

Historically, the Gaziantep-Aleppo socioeconomic ties were relatively strong and, as a result of the cities’ proximity, their cultures have been mixing for years. The cultural similarities come also from the fact that long before Turkey and Syria became separate states, during the Ottoman empire, Gaziantep and Aleppo belonged to the same region.

As for trade between the two cities, it increased during the civil war as high numbers of Syrians started moving to Turkey. Exports from Gaziantep to Syria, for example, rose from ‘about $100 million in 2011 to $400 million in 2015,’ Carnagie Middle East Center reported.

Syrians who came to Gaziantep and opened their own businesses started exporting products to Syrian merchants that previously had no connection with Turkey. These changes reveal refugees’ economic potential that can boost trade in poorer parts of Turkey.

Trade is not the only area that benefited from the influx of Syrian refugees. Migrants also filled the demand for low skilled labour in the city, taking up jobs that the city’s native residents did not want to do, namely the positions of garbage collectors.

Thanks to the Turkish open-door policy and its endeavours to welcome refugees in cities rather than send them to camps, most Syrians who came to Gaziantep managed to find employment, especially in the food and textile sectors. Some have opened their own businesses and sell various products on local bazaars. 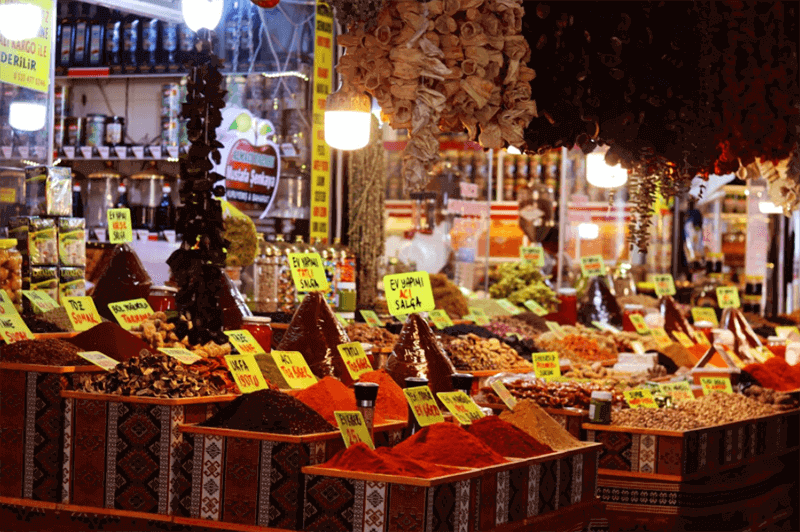 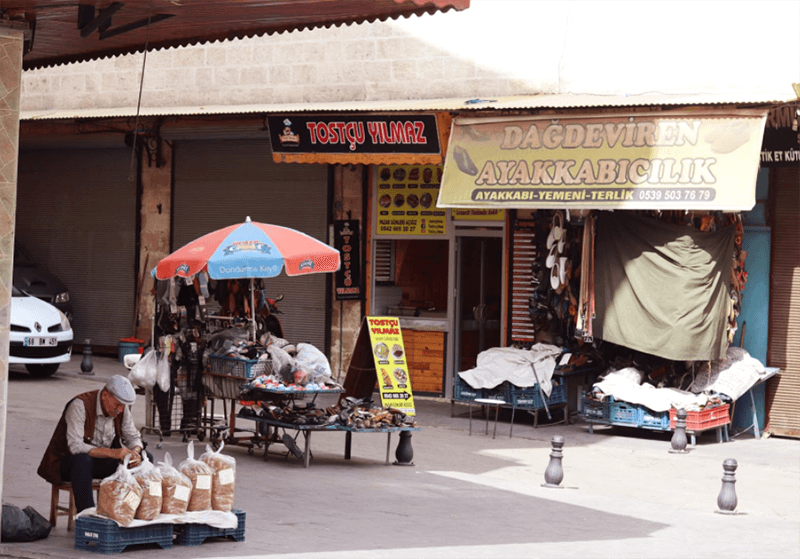 Others have started their own small businesses

Still, their participation in the Turkish labour market is often a source of problems such as wage disparities, not getting official employment contracts, or being forced to work long hours. It can be argued, therefore, that for many earning an income comes at the price of having to lose a piece of their dignity.

As Brookings explains, ‘there is a 10% quota for Syrian workers in a given firm, and this quota applies even if the ownership structure of the firm includes a Syrian’, which represents a significant barrier to refugees finding formal employment. What certainly does not improve their job prospects is the fact that most Syrians who come to Turkey as refugees have practically no education.

On top of that, anti-migrant sentiments are on the rise in Turkey, with a great number of Turkish nationals believing that Syrians are taking their jobs and putting a strain on  essential services such as healthcare or housing.

Despite the challenges, Gaziantep should be looked up to

Discrimination on the labour market is not the only obstacle that Syrian refugees hoping to start new lives in the south of Turkey face. There is also an important matter of language and cultural differences that can prove particularly difficult to be overcome for older migrants. Not being able to speak the language especially can lead to refugees dealing with marginalisation and discrimination from the host society. At times it can even be the reason for hostility or violence towards them. As Turkey’s economy is struggling and the currency is falling, some begin to blame the Syrians.

In Gaziantep discriminative or racist behaviour is not a common occurence, luckily.

‘Do you feel happy and safe here?’ I asked a 13 year old boy whose family fled Syria and moved to Gaziantep a few years ago.

‘Yes, I like it more than Syria’ he said.

With such a notable ratio of refugees to the native population, Gaziantep seems to have opened its economy to Syrians and to value the cultural and economic contributions they bring to the city. In fact, ‘the number of companies founded or co-founded by Syrians in fact to be over 10,000 when the informal sector is included’, revealed a paper on the access to the labour market in Gaziantep.

Gaziantep became not only a bridge between the South of Turkey and Syria but also an example of what it means to welcome those who have lost everything because of war. It effectively followed what at least on paper is the Turkish approach to managing the flow of migrants, which is the policy of keeping its borders open and helping them integrate into urban areas.

Despite Turkey having this policy for years, the increasing anti-migrant attitudes and the growing feelings of resentment towards the refugees in some parts of the country risk undermining the successes in the social integration of Syrians.

Hence, the biggest challenge that Gaziantep will be dealing with in years to come is maintaining this level of acceptance.

Katarzyna Rybarczyk is a Political Correspondent for Immigration Advice Service, an immigration law firm based in the UK but operating globally. Through her articles, she aims to raise awareness about security threats worldwide and the challenges facing migrants.