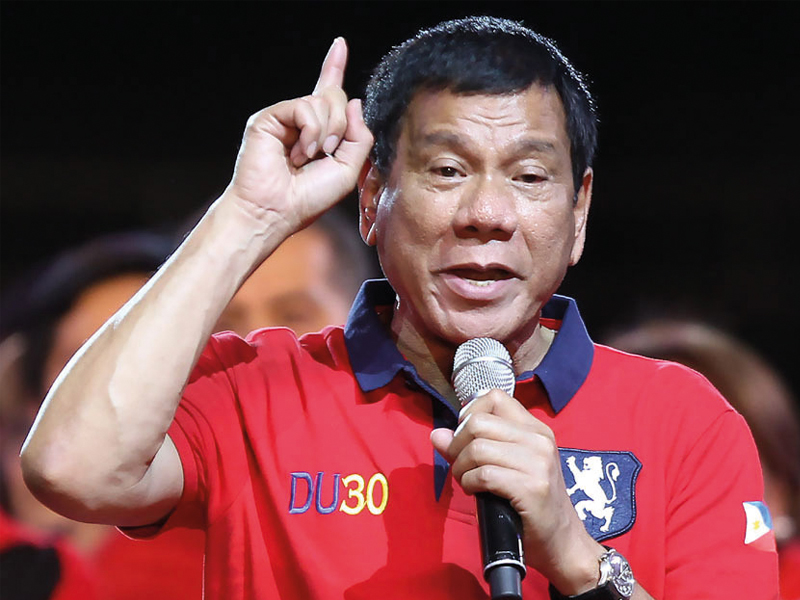 On 1st July 2016, Rodrigo Duterte will begin his term as the President of the Republic of the Philippines.

Mr Duterte has formidable political experience in influencing the corridors of power. He was mayor of the Southern city of Davao for over 20 years and turned that lawless city into the world’s fourth safest city, with an efficient police force and paramedic response units ranked among the best to be found anywhere.

Forget Mr Duterte’s most controversial election rhetoric. He has proven himself deft at exploiting power and authority to get projects accomplished, and the majority of the population of the Philippines are aware of his excellent track record.

He appears to be a pragmatic nationalist who will prioritise the economic and societal interests of the Philippines over and above the agenda of far-flung Western actors and their regional allies, who are perceived to be the cause of creating instability in the region and the impelling force behind China’s response to what it sees as the increasing militarisation of the South China Sea.

One should bear in mind that when President Xi Jinping visited, for example, Pakistan in early 2015 he gave that country at least $28 billion for energy and infrastructure projects which will undoubtedly have a profound impact on enhancing the living standards of all its population. When President Xi visited the Philippines in late 2015 to attend APEC, President Aquino, unfortunately, made no effort to secure any funding from China for any project.

Many felt within his own cabinet and his own political party that President Aquino had been flat-footed in his approach to China in order to please the Americans.

Mr Duterte recognises that closer military ties with non-regional actors is not the best way to create greater regional harmony; especially as China, the world’s largest economy, is determined to further expand the maritime Silk Road, and is a huge export market for goods and is willing to trade in local currencies thereby unleashing the beneficial potential of GDP surpluses that historically have been used to service dollar debt.

Those who pray for peace in South East Asia can only hope that Mr Duterte can convince the pro-American elites in the Philippines that closer ties with China and bilateral talks regarding the Spratly Islands, the creation of joint infrastructure development projects and energy exploration projects exploiting Chinese investment for win-win resolutions, and steering a far more balanced foreign policy course will be of greater benefit to the Philippines and ensure that it continues on its path to become one of the world’s most powerful economies, and one that benefits all of its peoples.