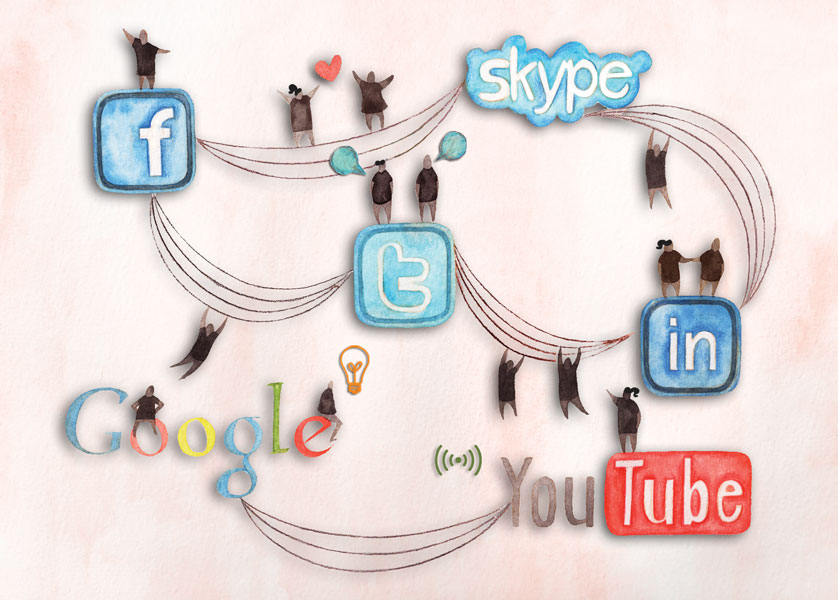 The digital landscape makes it clear that individuals are employing multiple sources of information, are members of diverse, sparsely-knit and specialized interest groups, and access both online and mobile applications via a wide range of media. We no longer function in small, local, interest-based groups, but rather society has moved toward a new social order, which Lee Rainie and Barry Wellman term networked individualism. This creates a need for each individual, social group, and corporation to make large investments of time, effort, and creativity into building, creating, and maintaining their unique social network. But, to what extent are digital networks relevant to the business world?

The Spread of Digital Social Networks

Recent data from the PEW Internet and American Life Project shows that over half of adults belong to Facebook or Twitter, and as much as 80 percent of young Americans are connected via a social networking site. Young people are hyperconnected via the Internet, cell phones, and tablets. Penetration rates worldwide are skyrocketing with the number of unique IP addresses growing from 4.3 billion to 340 undecillion (that’s 340 trillion trillion trillion). With the increased ubiquity of mobile technologies, there is little doubt that digital social networks have enormous value, increasing not only the speed of communication, but also our potential for innovation and creativity.

An analysis of Twitter posts shown in Figure 1 about the London 2012 Olympic Games show where the key clusters of communication are located, who the active participants are, what tweets and re-tweets are relevant and, finally, what the overall size and structure of the network is. These kinds of analysis allow us to quickly analyze how a topic evolves and what kinds of information are trendy on a global sphere.