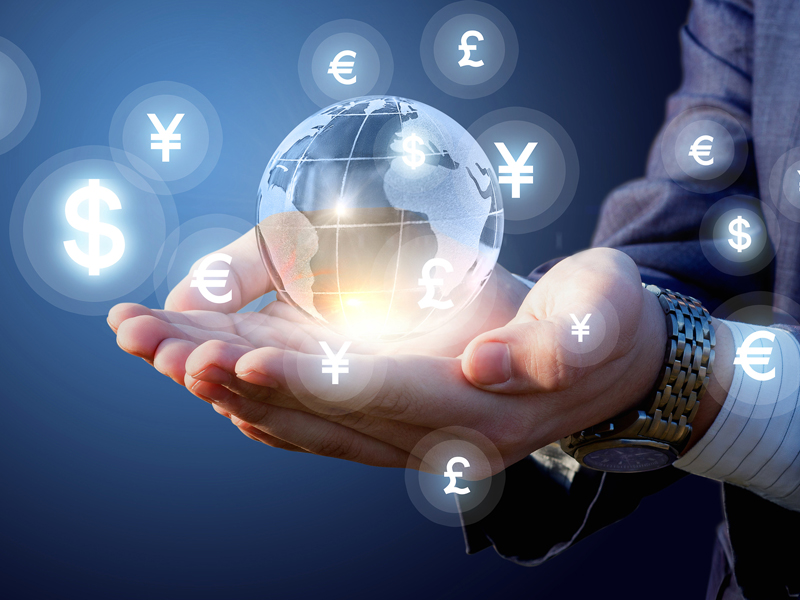 The global economy is the sum total of the economies of individuals, corporations and all nations in existence today. It is influencing the economies of individual nations and at the same time being influenced by macroeconomic policies of the individual nations and the economic policies of world bodies like the World Trade Organization, World Bank, International Monetary Fund, etc. Protectionism, a significant component of the 16th mercantilist economist system that emerged in Europe, is still being pursued to protect national economies from the perceived and real threats of globalism and international competition. It has repercussions for the global economy. The global economy too, as product of the forces of globalisation, has acquired certain features and components which define its anatomy and strengthens its influence on or reactions to protectionist policies. The goals of this article are examining the anatomy of the global economy in the era of globalisation and explaining its implications for protectionism.

Protectionism as an Essential Component of Mercantilism

To understand why protectionism is an essential component of mercantilism or economic nationalism, one needs to know the history mercantilism and its main characteristics and goals. Mercantilism became popular in Europe during the 1500s. It replaced the older, feudal economic system in Western Europe, especially in Netherlands, France and England. In England, the first large-scale and integrative approach to mercantilism was started during the Elizabethan Era (1558-1603). The most notable people in establishing the English mercantilist system include Gerard de Malynes and Thomas Mun, who first articulated the Elizabethan system which was developed further by Josiah Child. Mercantilism was the economic version of warfare that used economics as a means for warfare. It was a form of economic nationalism.1

Laura LaHaye, an Adjunct Professor at the Illinois Institute of Technology and former research economist with the General Agreement on Tariffs and Trade, writes that the means of achieving the goals of mercantilism include, among others, imposing high tariffs on the importation of finished goods that competed with local manufacturers, and low or no taxes on the importation of raw materials or exotic products. Other goals are imposing low or no taxes on the export of finished goods, and high taxes on the exportation of raw materials. The mercantile system, she adds, “served the interests of merchants and producers such as the British East India Company, whose activities were protected or encouraged by the state”.2 Mercantilism has advantages and disadvantages. It had a positive impact on Britain helping it to turn into the world’s dominant trader and global power. The Italian city-state of Venice, which monopolised the Mediterranean pilgrim and spice trades, prohibited the importation of finished products and forced all Venetian naval traffic to make a stop in Venice regardless of the cargoes final destination. This ensured additional economic activities within Venice and enriched it at its consumers’ expense.3

The first school of economic thought to completely reject mercantilism was that of the physiocrats, a group of French scholars led by François Quesnay (1694-1774).4 As advocates of laissez-faire, the physiocrats saw no distinction between domestic and foreign trade and believed that all trade was beneficial both to the trader and the public, in contrast to the mercantilists who perceived trade as a zero-sum game. Adams Smith, who is considered to be greatest critic of mercantilism, regarded the mercantile system as a gigantic conspiracy by manufacturers and merchants against consumers. He demonstrated that trade, when freely initiated, benefitted both parties and that specialisation in production allowed for economies of scale which improved efficiency and growth. He also pointed out that the collusive relationship between government and industry was harmful to the general population.5

A study that involved respondents from 33 countries across five continents investigated how the different characteristics of both individuals and countries determine peoples’ support for protectionism. Part of the results indicate that support for protectionism increases when inflation pressures become high despite the fact that trade liberalisation would rationally push prices down. The researchers’ conclusions, among others, are that the best way to overcome the pessimistic view about free trade is to increase peoples’ skills; more educated people are more likely to support free trade wherever they reside; and finally, supply of transparent information about trade restrictions, trade composition and the significance of export sectors and foreign markets might also reduce peoples’ support for protectionism.6

Sa’idu Sulaiman is a Chief Lecturer of Economics at the Sa’adatu Rimi College of Education, Kano, Nigeria. He is also an author of books such as 12 Facts about Protectionism and the Global Economy, 9 Requirements for Quality Research and Academic Papers, Unforgettable Experiences in Abuja, Manchester and London, two recent novels, The Desperate Migrant and What Matters Most.