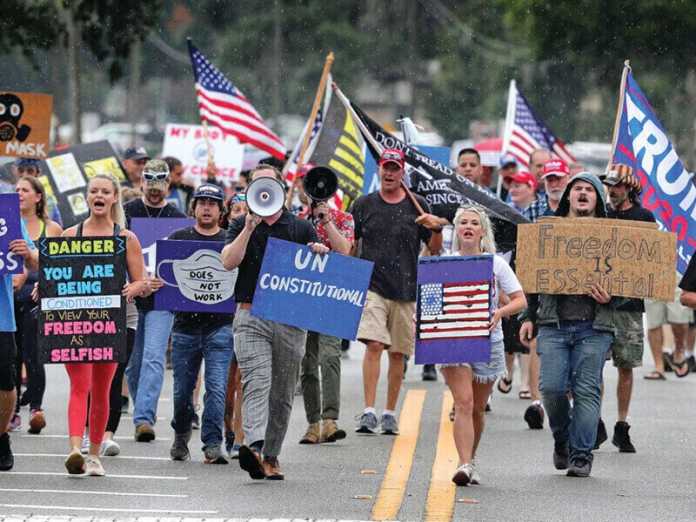 When George Herbert Walker Bush swept to victory in 1988 over Democratic challenger Michael Dukakis, there was only brief mention of the minority vote. After all, African-Americans were securely in the corner of Dukakis and Latinos had not yet fully arrived in terms of making a seismic impact on presidential elections.

My, how times have changed. The electorate in 1988 was mostly white – over 80% – yet by 2020, that percentage had decreased substantially, down to approximately 60%.[i] And for a party known to many as that of the “white male”, formidable challenges now loom for the GOP. For years, Republican presidential candidates have worked tirelessly in courting minority voters, but their success has been marginal, at best. George W. Bush made worthy inroads with Hispanic groups in 2000 and 2004 during both of his successful presidential runs, but Romney, McCain, and even Trump – at least in 2016 – have fallen far short of their expectations.

States with fast-growing Hispanic populations – Nevada, Colorado, New Mexico, and most recently, Arizona – have swung Blue in recent presidential elections, a far cry when the GOP dominated the Western United States with electoral ease. What is a party to do that for years has seen success at the polls attributed to a largely white, conservative male base? You diversify, change, and pivot to accommodate a growing, more diverse group of individuals, many of whom were not even born when George H.W. Bush routed Dukakis in a landslide more than three decades ago.

George H.W. Bush called for a “Kinder, Gentler Nation,” one that, in Bush’s words, was “…to stand for a new harmony, a greater tolerance. We’ve come far, but I think we need a new harmony among the races in our country.”[ii]

America is becoming more diverse with each passing day. People of all ethnic backgrounds are a making monumental impact on every fabric of the American way of life.

It’s a message that resonates stronger than ever before, not only for the Republican party, but for the nation as a whole, and for some very fundamentally obvious reasons. America is becoming more diverse with each passing day. People of all ethnic backgrounds are a making monumental impact on every fabric of the American way of life. Yes, diversity is our strength, and yes, the Republican party can make significant inroads with minority voters, provided they take the time to understand the mindset of the racially diverse American electorate. For all his verbal insults lobbed at various minority groups, Donald Trump nevertheless made significant strides with certain segments of Latino voters, and even with African-Americans.

While Trump’s message may not have been a kinder, gentler theme, it resonated with voters seeking a return to the president’s economic success of the pre-COVID 19 crisis, particularly Hispanics, who have been hard hit by the pandemic.

Take Florida, where Trump made deep inroad with the Hispanic vote, while defeating former Vice President Joe Biden by a healthy 375,000 votes in the total vote count for 2020. Trump garnered 55 percent of Florida’s Cuban-American vote, 30 percent of Puerto Ricans, along with 48 percent defined as “other Latinos” backing Trump. In total, Trump won 45 percent of the Latino vote in the Sunshine state, a huge 11 percent improvement over 2016.

Trump performed exceedingly well with the Latino vote in Texas also, yet another alarm bell for Democrats who’ve traditionally soundly defeated Republicans with what’s now become the country’s largest share of the non-white voting group. And some Hispanics seeking higher office have taken notice, hoping to align their future bids for House and Senate seats with Trump, a sign of the 45th president’s strong appeal with various segments of American Latino voters.

And Trump’s wooing of African-American voters paid off – at least marginally – winning 8 percent of the black vote, up two points from his 2016 performance. Some exit polls even show Trump garnered up to 10 percentage points of the black vote.[iii] By 2045, the United States will become what the U.S. Census calls ‘Minority White’, underscoring just how rapidly America is changing in terms of demographics. Democrats smell victory for decades to come, perhaps, but by no means are they immune to suffering the very same fate of other parties of past who’ve taken their constituency for granted.

The GOP is coalescing their efforts on all fronts, courting minority voters – and candidates for office – in an all-out assault for the future of their party. From Nikki Haley to Krisi Noem, and more, countless woman are leading the GOP into the future, and that’s just for starters. And as to the future of the GOP with the country’ fastest growing voting block – Hispanics – says Political scientist Stephen Nuño-Perez, senior analyst at the research firm Latino Decisions, “People assume that Latino Republicans are a contradiction in terms, which is wrong…There have always been Latinos drawn to Republican values and policies, and Latinos exhibit many of the same characteristics of other Republicans.”[iv]

If MAGA was the rallying cry for Trump supporters in 2016 and 2020, Viva Trump may very well be the GOP’s ticket to success in 2022, and beyond.

Charles Denyer was in Washington on 9/11 when terrorists attacked the Pentagon. The events of that day and seeing how the nation responded inspired a new mission for Denyer. Since 2001, he’s worked with hundreds of organizations throughout the globe in helping them obtain a true competitive advantage with cybersecurity, data privacy, and regulatory compliance, while also providing essential national security and advisory services to some of the world’s most recognized brands.

He now consults regularly with top political and business leaders throughout the world, including former vice presidents of the United States, White House chiefs of staff, secretaries of state and defense, ambassadors, high-ranking intelligence officials, CEOs, entrepreneurs, and others. His time with these transformational figures and the insights they’ve shared have afforded Charles a front-row seat into many of the world’s most consequential events of the past five decades, and what lies ahead.

Charles is also an established author with multiple books currently in print, along with being selected as the personal biographer for two of America’s former Vice Presidents – Dick Cheney, a giant in US politics, and Dan Quayle, sworn into office at just 41 years old. Upcoming publications include Blindsided (2021), an in-depth examination of today’s growing challenges with cyber-attacks, data breaches, terrorism and social violence.