Every three months, the US Treasury Department publishes a list of people who have renounced their US citizenship. Trump or no-Trump, the list of Americans giving up US citizenship keeps growing.

Every three months, the US Treasury Department publishes a list of people who have renounced their US citizenship. The published list also includes long term (8 year or more) green card holders who are relinquishing their permanent US residency. The publication of these names in the Federal Register is a decades-old practice, but the numbers in recent years have increased significantly.

The latest list is for the first three months of 2017. The published list is meant to include all those who expatriated within the specified three-month period. Yet there has long been debate about how complete these numbers are. In fact, it is widely known that those who do not go through the formal IRS process are not on the list. Despite the official list, many leavers are not counted. Both the IRS and FBI track Americans who renounce.

But expatriations have historically been much lower than these figures. There is no single explanation for the increase. No stated reason must be provided, but some renouncers write why they gave up their US citizenship.

At one time, US tax law distinguished between expatriations that were tax-motivated and those that were not. As you might predict, the intent was to make it more difficult and more expensive for a person expatriating who was doing it to avoid US taxes. But in practice, it was difficult for the IRS to prove intent, and the law was eventually changed.

Non-US banks and financial institutions around the world must reveal American account details or risk big penalties. America’s global income tax compliance and disclosure laws can be a burden, especially for US persons living abroad
.

Now, it is not relevant why someone expatriates. The reasons for renouncing can be family, tax and legal complications. Dual citizenship is not always possible. Expatriating is rarely about politics, unless you call worldwide tax reporting politics. Add to that FATCA, the Foreign Account Tax Compliance Act.

Some renounce because of global tax reporting and FATCA. FATCA was enacted in 2010, and took years to implement. And it is having a bigger impact than these expat numbers reveal. FATCA has been painstakingly implemented worldwide by President Obama’s Treasury Department. It now spans the globe with an unparalleled network of reporting.

America requires foreign banks and governments to hand over secret bank data about depositors. Non-US banks and financial institutions around the world must reveal American account details or risk big penalties. America’s global income tax compliance and disclosure laws can be a burden, especially for US persons living abroad.

Like pariahs, they may be shunned because of their American status by banks abroad. Many foreign banks are sufficiently worried about their own positions viz. the IRS and the US government that they do not want American account holders. Americans living and working in foreign countries must generally report and pay tax where they live.

But they must also continue to file taxes in the US, where reporting is based on their worldwide income. Many claim a foreign tax credit on their US tax returns. In theory, this means they will be credited for US tax purposes with the taxes they are paying to the country where they live.

Robert W. Wood is a tax lawyer representing clients worldwide from offices at Wood LLP, in San Francisco (www.WoodLLP.com). He is the author of numerous tax books, and writes frequently about taxes for Forbes.com, Tax Notes, and other publications. This discussion is not intended as legal advice. 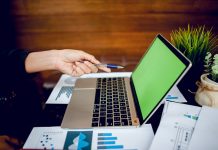