It’s no secret that professional sports have become hugely valuable businesses. While early 20th-century teams and leagues were owned by enterprising people, they could never have even dreamed about the dizzying heights that modern sporting entities have achieved.

Billions of dollars are raked in each year by those involved in major competitions the world over, though North America, Europe, and Australia continue to boast the biggest and most valuable teams.

The wealth of professional sports is, perhaps, most commonly observed in the wages that are paid to players. In the UK, soccer player salaries are typically described in terms of how much is received per week, which both makes the number appear smaller but also absurdly high. For example, Kevin De Bruyne, who plays for Manchester City, receives £400,000 per week, the equivalent of £20.8 million ($25 million) per year.

Of course, it’s not just English Premier League players earning these monumental mountains of money, either. Across the pond, the Rams’ quarterback Matthew Stafford will be paid $61.5 million for the 2022 season, closely followed by the Broncos’ Russell Wilson, who will rake in $57 million for his efforts.

These athlete athletes can command such salaries because the entire sports industry is so wealthy. The teams themselves typically earn money directly from sponsors, ticket sales, merchandise deals, and concessions. On top of that, they receive a share of the television money paid by broadcasters for the rights to show games on their channels.

There are other areas to the industry too. One of the most notable examples of this is the sports betting market, which exploded in the US in the last five years thanks to the striking down of PASPA and the scramble by iGaming brands to build up market share.

To do this, many of these sites have turned to using free bet offers to encourage customers to use their platform over a competitor. To help simplify the task of sifting through these deals, sites like OddsChecker have stepped up by providing resources that compile and compare what’s on offer.

But player salaries, television rights contracts, and betting market volumes are not equal across all sports. Some are more valuable than others, thanks to different levels of popularity, the structure of the leagues, and the cultural significance of the competition in different countries. Here are the sports that have grown to become the most lucrative.

Association football, or soccer as it’s known in North America, is the world’s most popular sport. Due to the sport’s global reach, it is a little difficult to get an exact figure for how many people follow the beautiful game, but estimates vary from just over 1 billion to more than 4 billion.

According to research by SPORT+MARKT, 1.4 billion people support a Premier League club alone, which doesn’t include the fans that prefer to follow a league in another country. What makes the number more impressive is the fact that it’s around 20 times more people than the entire population of the United Kingdom, the home of the EPL.

The EPL, rakes in around £6.1 billion a year ($7.3 billion), though when you add up the earnings from all the domestic first-tier association football leagues in the world, you surpass $25 billion.

This also doesn’t include the money generated from international tournaments like the FIFA World Cup and the UEFA Champions League. When you factor that in the $7.5 billion generated by the Qatar World Cup in December 2022, it’s easy to see that association football dwarfs all other competitions. 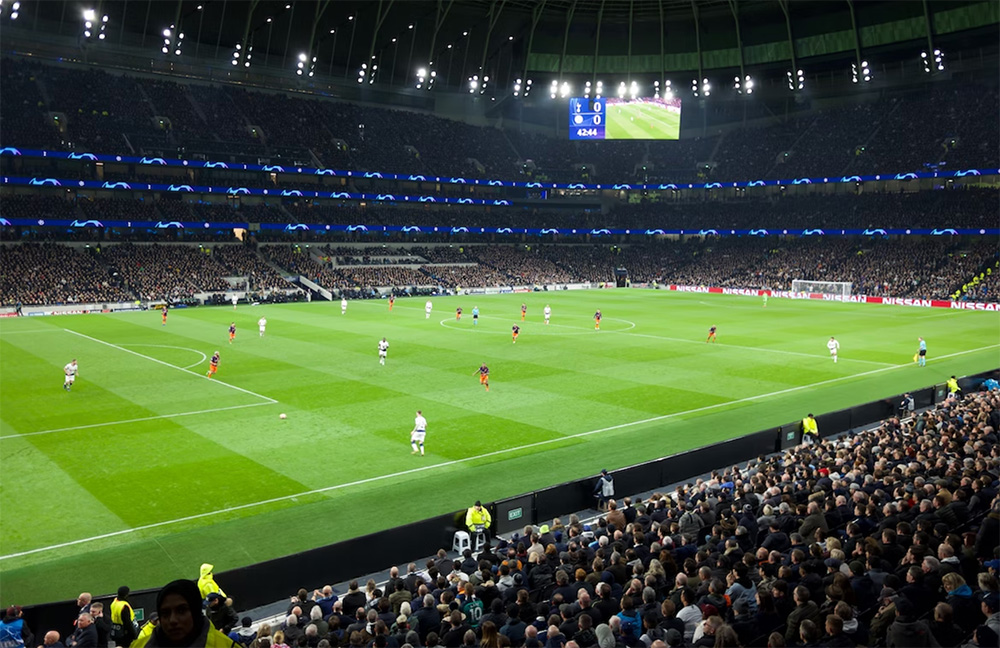 Depending on where you live, you might know gridiron football as simply “football” or “American football”. There are two major gridiron leagues in the world, the NFL in the USA and the CFL in Canada, though the latter is a minnow in comparison to the dominance of the National Football League.

The NFL alone accounts for around 90% of all gridiron income in the world, so we’re going to focus on it exclusively for comparisons.

There are many impressive feats achieved by the NFL. The first is the fact that it has become the world’s most valuable sports league, the second is that it’s achieved that despite being a predominantly domestic competition, and the third is that it’s managed to keep and hold that spot even while organizing a fraction of the games that any other major league would.

Baseball is the next most valuable sport. The biggest and best-known league for America’s pastime is the MLB, which generates more than $9 billion per year in revenue. Unlike gridiron, however, baseball is a more international sport, with major leagues in Japan, Korea, and Mexico.

The Nippon Professional Baseball (NPB) league in Japan generates over $1 billion on its own, putting it on par with the Indian Premier League.

The sport must work much harder than either association or gridiron football to maintain this position, though. The MLB, alone, plays around nine times more games per year than the NFL, seven times more than the EPL, and about twice as many as the NBA.

This means that the revenue of the MLB per game is much lower than that of many other major sports, sitting at around $4 million compared to the $15 million generated by the EPL and $8.8 million earned by Spain’s La Liga.

While it’s uncertain whether this would mean the sport would simply make less if it played fewer games, it is, perhaps, reasonable to argue that this does generally devalue the league’s value a little.