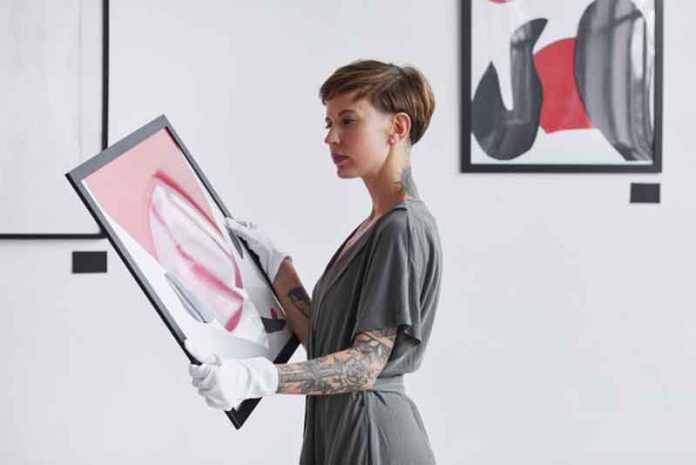 When most of us think about art collecting, we consider it something reserved for the ultra-wealthy. That’s not the reality, and investing in art is more attainable than most people think, but at the same time, it’s true that the wealthy do tend to be the most prolific collectors of art. Large banks and corporations also curate their own art collections as an investment.

When talking about art collecting and investing, there’s a term you’ll hear—blue-chip artist.

So, what does that mean, and what is its relevance?

Inspiration From the Stock Market

The term blue chip comes from the stock market. A blue-chip is typically a nationally recognized company that’s well-established and financially stable, and sound. Blue chips typically sell products and services that are known for being high-quality and widely accepted.

These companies are able to withstand economic ups and downs and often stay profitable even when the market conditions aren’t ideal.

The term blue chip first came about in 1923 as a Dow Jones employee observed stocks trading at $200 or more a share. Poker players bet using blue, red, and white chips. The blue chips have more value than the other two colors.

Now, blue-chip stocks aren’t necessarily ones with a high price tag, but again, they’re instead reflective of companies that can endure the test of time and remain strong.

Blue-chip stocks tend to be part of the most reputable market indexes like the Down Jones Industrial Average or the Nasdaq 100.

Blue-chip companies, along with a long history in business, are also very often multi-national.

Examples of blue-chip companies in this context include General Electric, Disney and Coca-Cola.

So, what does this have to do with the art world?

As mentioned, the term in art was inspired by the stock market. Blue-chip is art that’s expected to go up in value, no matter the economic conditions. The blue-chip references aren’t about how you value the art as a collector, its role in history, or whether or not it’s in a museum.

Blue-chip artists’ value has been consistent throughout years of sales and is confirmed at auctions.

Blue-chip artists are the most widely recognized, and their sales volume consistently represents the place they hold in the world of art.

Price is one of the key signals to differentiate a speculative versus an established artist. For example, you can go to galleries and purchase art, hoping it will be worth a lot more someday, but that’s not necessarily going to happen.

Then, on the other end of the equation is investment-grade art.

Investment-grade art typically has a price tag anywhere from six to eight digits, and there’s a strong, committed base of collectors. The appreciation rates are more predictable, and an artist within this category is a household name.

Along with generally pulling in high auction sales, this art often breaks records.

Interestingly, the top of the art market has seen appreciation at an average annual rate of 8.9% over the past couple of decades, while the stock market has seen a rate of growth of around 3.4% during the same time.

Buying a piece of art by certain blue-chip artists is a lot like buying stock in a blue-chip company, at least in the two shared features—they’re high-quality, and there’s liquidity.

However, there’s some research that shows over the last two decades, works by the top-selling group of blue-chip artists that carry the highest price tag and have the biggest collector base have seen their value outperform the S&P 500 by more than 250%.

There are certain living artists who are classified as being blue chip.

One example is Brian Donnelly, who goes by the name KAWS. KAWS was born in New Jersey and is now based in New York. He started as a graffiti artist in Jersey City and, by the 1990s, had moved to the city to pursue an arts education. The same year KAWS moved to New York, he also started working as a freelance animator for a Walt Disney Company animation studio.

KAWS became one of the most well-known contemporary artists internationally.

Another example of a contemporary blue-chip artist is Jeff Koons. Jeff Koons broke an auction record in 2013 for his Balloon Dog, which sold for $52 million at Christie’s.

Banksy started his career as a graffiti artist in the 1990s and is now recognized as one of the most well-known contemporary blue-chip artists. Banksy does a lot of work freehand but also uses stencils.

Banksy’s work tends to include images but also slogans, and he often integrates themes related to politics, capitalism, and greed. Along with two-dimensional work, Banksy also does some installation art.

In 2013, as a way to denounce what he feels is nonsense in how the art market prices pieces, he hired someone to sell his prints on the street. Each one was sold for $60, and then the artist posted a video the day after that went viral. Now, the pieces are worth tens of thousands of dollars at auction.

In 2019 at a Sotheby’s auction, his painting Devolved Parliament sold for $12.1 million.

Overall, blue-chip art historically does tend to represent a good investment option for the people who can afford the initially high price tags, much like buying stock in a company that’s a household name. 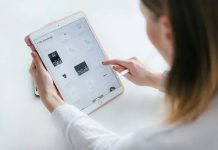 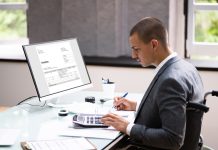 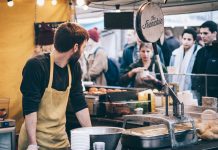