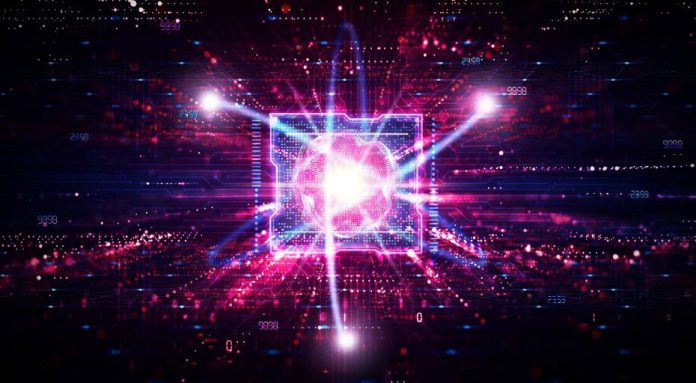 Huge advances have been made in reaching quantum supremacy in the last few years, but the ability to practically apply quantum computers, in reality, is still a work in progress. The US and China are competing to create functional supercomputers, taking the lead in research and development. But who will win, and what happens then?

In 2019, Google demonstrated that its Sycamore quantum computer had reached quantum supremacy. This is the ability to complete a task that an ordinary computer would not be able to solve. Sycamore was able to verify the random distribution of a sample of numbers produced by a quantum circuit. It was able to do this in an astounding amount of time – 3 minutes and 20 seconds in comparison to IBM’s supercomputer Summit, which would have taken 10,000 years.

In 2020, a joint initiative between the government’s Department of Energy and the National Science Foundation announced their plan to invest over $1 billion in five quantum information science centres over the next five years. These centres will be responsible for bringing together research from several scientific and engineering institutions to focus on quantum computing, networking, and materials.

In early 2020, The University of Science and Technology of China used the Micius satellite to conduct the first quantum communication in space. They managed to create a secure data link across two ground stations over 1,000 miles apart, demonstrating quantum cryptography.

Later that year, China’s quantum computer Zuchongzhi computed the same task as the US’ Sycamore, but 1 million times faster. Their computer is 66-qubits, whereas Sycamore is 53-qubits. The more qubits, the more complex interactions that can be modelled.

In comparison to the US’s $1 billion dollar investment, China is said to be investing $10 billion into quantum computing research and development – an increase of 7% in 2021 on the previous year. China also holds more quantum tech patents than the US.

China’s ability to create secure communications poses a threat to American intelligence, yet this advantage may help to secure a future US-China agreement in favour of other democratic nations, such as Europe, Canada, or Japan. Furthermore, there is a talent shortage but increasing demand for quantum computing scientists, so it may become necessary for the two nations to share their specialists and exchange innovative ideas.

As with any new technology, there are a couple of challenges that businesses face as quantum computing emerges. Most notably, there is the challenge of accessing talent, integrating new and old technology, and maintaining cybersecurity.

Without a pool of specialists to call on with the talent and skills in quantum computing when the technology becomes commercialised, companies will have to take a multi-pronged approach. They will need to develop skills amongst their existing employees, recruit graduates and postgraduates with established technical and physics degrees, and help education providers to build a new talent pool for the future. As well as finding people who understand how the technology works, business leaders will need to know how to use it to their advantage.

The integration of quantum hardware also poses a challenge as there is still little clarity about how this can be achieved. Many organisations intend to draw on the capabilities of cloud service providers, but it is thought that in the long term, companies will require a tech stack. This is because they will need to be able to run data in the traditional way as well as quantum algorithms.

Quantum computers bring new opportunities, but while their applications and powers are undefined, the risks are still hard to determine, which makes it difficult to design safeguards against them. There are ethical concerns that quantum technologies may be misused or abused in ways that harm the public or business reputations.

Quantum computers could be abused by hackers or hostile nations to break encryptions, creating a threat to services, e-commerce, and financial transactions. Businesses will need to become crypto-agile, maintaining an inventory of their data, exchanges, and algorithms so that they can rapidly update their processes and parameters to respond to security threats.

Where there is already tension amongst nations when it comes to the development of arms, quantum computing is often seen as a possible defence technology that could make this worse. It’s not yet clear how quantum computers can be used, but at the very least, they are likely to be able to increase the speed and efficiency of military operations.

While quantum computers could enable faster scientific research by playing a significant role in the development of new materials and biomedical advances like gene editing, vigilance is still required. Researchers must be careful of any unintended consequences, such as the disruption of healthy genes or the creation of materials that cause more harm to the environment than good.

Although the US and China are the current forerunners in the development and research of quantum computing, investments are also being made in Canada, Japan, Germany, and the Netherlands, meaning that anyone could come out ahead. The possibilities for this new technology are exciting, but caution is needed as we move forward to make sure we are able to meet the practical challenges and protect ourselves from the threats that may arise. Rather than waiting to see what happens, companies and governments need to prepare now so that they can develop an ethical quantum technology strategy that mitigates risk.