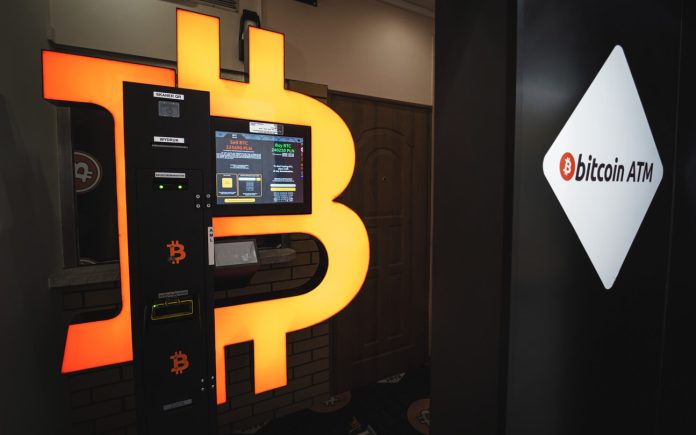 In the United States, Bitcoin is more like fiat currency for US citizens. However, they are spending this digital currency instead of fiat currency for online and offline shopping because many offline and online stores are giving gift cards, rewards, and bonuses. So people get attracted by this popular currency. Walmart is also taking advantage of this opportunity by installing bitcoin ATMs under the store to increase its sales and popularity. Here you can know about Bitcoin inventor Satoshi Nakamoto.

What are Bitcoin ATMs

Bitcoin ATMs are the machines for purchasing bitcoins and selling bitcoins by using cash (home currency) which is not possible with the online software exchanges. These software exchanges will help you record your bitcoins on the internet space but cannot give you the option to buy and sell for cash. Many people hesitate in the online payment process, and most decentralized wallets do not provide the option of purchasing and selling bitcoin through the website. So to make this currency easily accessible for every citizen, bitcoin ATMs came into existence, and there are twenty-five thousand (25,000) bitcoin ATMs installed in the United States.

Walmart announced that there would install two hundred (200) bitcoin ATMs in the selected stores and cities so every bitcoin user or an ordinary person can straightforwardly get access to bitcoin. The store staff will also help you understand the bitcoin ATM system.

So the other benefit of using the bitcoin ATM is that the customers will get instant support practically from the other people and the staff of the Walmart store. We see in our regular life when we go to the traditional banking ATMs, some people do not know how to operate the ATMs, but they take the help of security guards or other people in the ATM, and people help them teach them how to drive. There are already eight thousand (8000) of these crypto coin ATMs installed in Walmart stores in different states and cities, and now Walmart wants to increase it to generate popularity for their brand.

The partnership of CoinStar and CoinMe

Walmart’s new bitcoin ATMs (200 Bitcoin ATMs) will install under the partnership of CoinStar and CoinMe, and these both are partnered with each other for more smooth functioning. CoinStar provides the facility of establishing Bitcoin machines which means the bitcoin ATMs install under the brand name of CoinStar. And to use the CoinStar bitcoin machine, you need a wallet or account on the CoinMe application. Thus, CoinStar is the Bitcoin ATM, CoinMe is the application wallet, and missing one thing prevents you from using bitcoin in Walmart stores.

The process of shopping through the Bitcoin ATM in Walmart

There is the following process with the CoinStar and come to do shopping with the bitcoin machines in the Walmart store given below:-

1. Accessing the Walmart store – The first step is to find the Walmart store, and it is easy to find by just searching on Google Chrome. In the United States, there are many Walmart stores where you will find and choose one where the bitcoin ATMs are already established.

2. ATM operation – The first thing you should keep in mind is that you must have cash in your pocket before operating the bitcoin ATM. So now you Enter the amount you want to do shopping with this crypto coin, and it will show you the total fees for managing the ATM, which is 11% per bitcoin ATM transaction. Now after doing all the things, place your order, and you will see a redemption code after a few minutes that you will use for creating your bitcoin wallet.

3. Setting up a bitcoin wallet – After getting the redemption coin, now it’s time to withdraw in your purse, and you cannot use another wallet to redeem the purchase of the bitcoin you made through the ATM. Instead, you have to download the CoinMe application and set up your account by filling in your identity.

4. Shopping with Walmart – Now, there would be an option of redemption code, and after filling that, you will be eligible to use your bitcoins in the Walmart store through the application. Spend the bitcoin to buy anything from the Walmart store using the CoinMe application wallet, and there are some gift cards and rewards or bonuses you will get when you do shopping by using the bitcoin through their ATMs or CoinMe application.