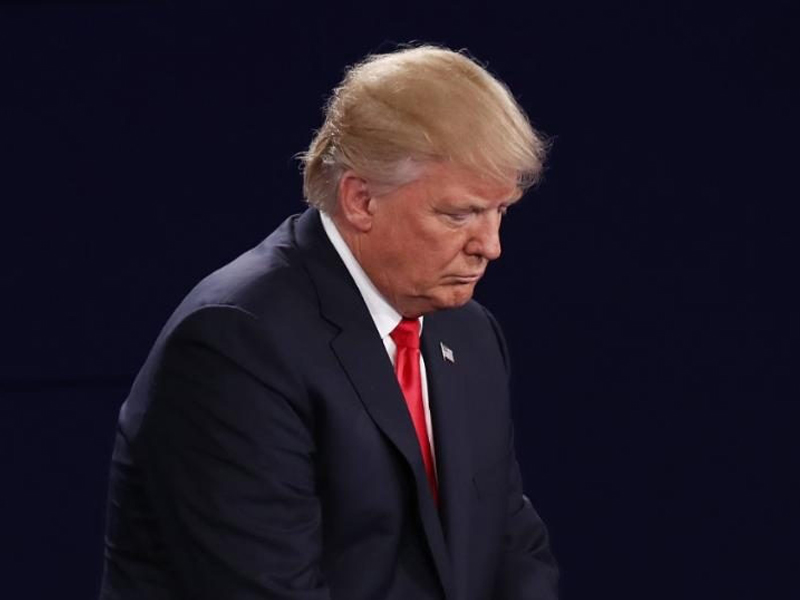 As violent demonstrations linger domestically and nuclear risks loom abroad, the White House has flamed new domestic divisions, while paving the way for international trade wars. The coming fall will be the hottest – and potentially most violent – in decades in America.

In the fall, the White House and the Congress must also cope with a set of political time bombs, including the impending fight for the nation’s debt ceiling (US debt amounts to $20 trillion, or 105% of GDP), the 2018 federal budget, polarising tax reforms, infrastructure spending and possibly another effort to overthrow Obamacare (i.e. The Patient Protection and Affordable Care Act, ACA).

Internationally, these huge challenges will be coupled by the Trump administration’s ongoing attempt to confront China in intellectual property, re-negotiate the North American Free Trade Agreement (NAFTA) and re-define US relationship with its European NATO allies through deficit-targeting trade surpluses.

Meanwhile, special counsel Robert Mueller’s Russia investigation has zoomed on Trump’s businesses, while calls for Trump’s impeachment, resignation and assassination are escalating. Not surprisingly, economic prospects are now more uncertain and markets more volatile, as evidenced by light trading volumes after two weeks of losses in equities. Still, the cyclically-adjusted price-earning (Shiller CAPE) ratio remains close to 30 – as in October 1929 but higher than before the 2008 crisis.

During the 2016 presidential campaign, Trump promised to increase real economic growth to 4 percent. At the time, I predicted that would never happen and, due to political destabilisation, economic growth could take a hit. That’s now the case.

Growth will remain about 2-2.2 percent in 2017-18, although further destabilisation could reduce it by 0.2-0.4 percent. The economy’s long-term potential growth rate is 1.8 percent, due to aging demographics and retiring big boomers. But if Trump will cut immigration by 50 percent in a decade, as he plans, growth and productivity will take another hit. According to a new Wharton School report, the immigration plan, dubbed the RAISE Act, would result in 4.6 million lost jobs by the year 2040.

Due to political destabilisation, economic growth could take a hit. That’s now the case.

In turn, Trump’s tax reform plans would require the support of the Congress, which is highly unlikely. In effect, any effort by the White House to rely on congressional support is currently compromised, due to the ongoing Special Counsel Robert Mueller’s Russia investigation. In the absence of a repealed Obamacare, the Trump tax plan would raise federal government debt to 115-140 percent of GDP by 2027, and double it by 2047.

While bipartisan support prevails for corporate tax reforms (US rate is the highest among major advanced economies) and the simplification of personal-income taxes, Democrats will not tolerate a 15-percent corporate tax rate or huge personal-income tax reductions for the rich. So Trump is likely to resort to moderate tax cuts that could amount to $500 billion in early 2018 – conveniently before the approaching mid-term elections.

One of Trump’s key initiatives has been the plan to address America’s crumbling infrastructure by spurring $1 trillion in investment over time. But thanks to the Mueller investigation, the plan is on hold. Initially, the multiplier effect of the investment was still expected to be substantial but lessen over time as the economy strengthens. But time is money. According to projections, a $1 investment in the infrastructure in 2015 could have added $1.70 to US GDP in just a few years. But as the economy has continued to strengthen, the multiple is now estimated at $1.30.

Since the expected fiscal expansion is late, even in the most benign scenario it will amount and achieve less than anticipated. As Trump dreams turn to realities, the glitter is fading and only rust remains.

By June, Europe’s NATO leaders launched an extraordinary lobbying campaign against an anticipated US crackdown on steel imports, which, they said, would hit US allies more than China. Instead of a long legal battle at the WTO, European trade chiefs are considering more immediate and consequential measures, such as punitive tariffs on agricultural products like corn, soy or rice. The goal is to turn US farmers, many of whom voted for Trump, against the White House.

As the G20 Summit ended, Washington was left isolated on climate change. While the G20 vowed to continue to fight protectionism, the US managed to include in the final communique terms, such as “all unfair trade practices” and “legitimate trade defence instruments” – which could serve as pretext for protectionist measures in the future.

In late June, amid a contentious internal debate on trade and tariffs in the Roosevelt Room, Trump overruled his own Cabinet, even at a risk of a global trade war. Supported by two hawks, trade policy director Peter Navarro, senior policy adviser Stephen Miller (and then-chief adviser Steve Bannon who was not in the meeting), the plan was opposed by 22 top White House officials who spoke for moderation.

More followed soon. When the Trump administration’s first US-Sino Comprehensive Economic Dialogue (CED) ended in Washington in July, it could agree on nothing; not even on a joint statement. Then, the Trump administration seized steel as “a national security threat”, moving spotlight to its NAFTA partners. China produces almost half of the world’s steel, but its US market share is less than 2%. In America, the largest steel importers are Canada (17%) and Mexico (9%).

NAFTA matters. Ever since it was implemented, the value of US agricultural exports alone to its NAFTA partners has risen from $8.7 billion in 1992 to $38.1 billion in 2016. NAFTA has also contributed to a large increase in trade in vehicles and auto parts within North America. Since 1994, the vehicle supply chain has become fully integrated, with parts manufacturing and assembly in all three countries.

Whatever happens to the NAFTA is not just the concern of North America. As a legacy agreement, it has served as a template for the new generation of free trade agreements (FTAs) that the United States has later negotiated, and as a template for certain provisions in multilateral trade negotiations as part of the Uruguay Round. Consequently, whatever the NAFTA will ultimately become will overshadow Washington’s future FTAs with the rest of the world.

Moreover, as new trade conflicts will extend to imported aluminum, semiconductors, paper, and household appliances, trade friction will spread to China and other major importers – as evidenced by the new debate on intellectual property and technology.

As new trade conflicts will extend to imported aluminum, semiconductors, paper, and household appliances, trade friction will spread to China and other major importers.

After mid-August, Trump directed the US Trade Representative Robert Lighthizer, a veteran Reagan administration trade hawk, to open an investigation into China’s intellectual property (IP) practices, including forced IP transfers and theft. The linkage between the investigation and the US intelligence community – and new meaning of the term “trade war” – was highlighted by the role of Admiral Dennis Blair, co-chair of the US IP Commission – and former Director of National Intelligence and a retired admiral who served as the commander of US Pacific forces.

As Lighthizer’s investigation will proceed under Section 301 of the Trade Act of 1974, some 40-year old legislation that was seized in the 1980s to deter the rise of Japan, the investigation could lead to steep tariffs on Chinese goods.

“This is just the beginning”, Trump told reporters after he signed the executive memorandum. Days later, the White House set a tough tone in the NAFTA talks with Canada and Mexico.

And so the Pandora’s Box of trade wars has been opened.

Dr. Dan Steinbock is an internationally recognised expert of the nascent multipolar world. In summer 2016, he forecast that the struggle for the US presidency would intensify after the election and that America was morphing into a global risk. Dr. Steinbock is the founder of DifferenceGroup. He has served as Research Director of International Business at India China and America Institute (USA) and Visiting Fellow at Shanghai Institutes for International Studies (China) and the EU Center (Singapore). For more, please see www.differencegroup.net