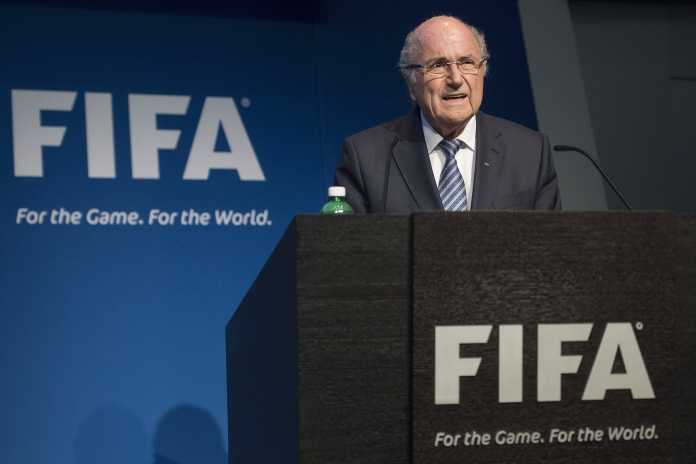 By Peter FitzGerald and Amalia Neenan

“Every game should have a winner. When you play cards or any other game, there’s always a winner and a loser.”

The comfort of a pleasant daily walk and a Netflix binge for solace has become the new normal in the midst of the Covid pandemic. Whilst some of us have been distracted by settling into a new TV series (or seven) others have been left wanting. One quintessentially British aspect of normal life has been conspicuously absent: televised sports – most notably football. Not since September 1939, when war was declared for the second time in Europe, has this disruption been so obviously felt. With the 2020 UEFA European Championships re-scheduled to take place next year, and most major European leagues suspended, it is uncertain when the industry will be kick-started again. Realistically, if the Euros are pushed-back further, the next hotly anticipated event will be the 2022 FIFA World Cup. Even then, this may not be set in stone – but the virus should not be shouldered with all the blame on this occasion.

Cast your minds back to 2015, when ‘Corona’ was just the name of a light beer. The news dominating the headlines were the high-profile arrests of seven executives embroiled in the Fédération Internationale de Football Association (FIFA) bribery scandal, as they were escorted from a luxury Zurich hotel. The FBI’s investigation culminated in the US indicting a plethora of FIFA officials on the basis of ‘rampant… and deep-rooted’ corruption linked to (amongst other things) the winning bids awarding the 2018 and 2022 World Cups to Russia and Qatar respectively. The wide-reaching and ongoing inquiry has resulted in 26 guilty pleas and 42 indictments to date, with perhaps the most shocking turn of events being the fall of the then FIFA President Sepp Blatter.

Russia and Qatar have denied any wrongdoing throughout. However, rumours have continued to abound and now it appears that they have not been without merit. In the latest twist to the saga, US prosecutors last month accused both nations of having bribed FIFA officers to secure the coveted hosting spots. Never before has an indictment connected with the scandal been so observably clear.  These allegations were made by prosecutors in an indictment that has charged a range of actors, including marketing company Full Play Group SA and former media executives from 21st Century Fox with crimes such as money laundering and wire fraud for their roles in improperly securing marketing rights and television coverage for both World Cups. The indictment states that the former presidents of the South American governing body, Conmebol, and the Brazil Federation (Nicolás Leoz and Ricardo Teixeira) had received bribes to vote for Qatar. The presidents of Concacaf (the North, Central American and Caribbean governing body) and the Guatemalan Federation were allegedly bribed in respect of casting their votes for Russia. The Fox execs, Hernan Lopez and Carlos Martinez, were named in April’s indictment as having paid Conmebol representatives to secure broadcasting rights.

It now appears that we will be treated to a new development each month, with May heralding the news that Israeli bank, Bank Hapoalim B.M. (BHBM) and its wholly owned subsidiary, Hapoalim (Switzerland) Ltd. (BHS) were also involved in the fraud. Both entities have entered into a three-year non-prosecution agreement and have agreed to pay the Department of Justice over $30 million, after admitting to conspiring with marketing execs, including those at Full Play Group SA, to launder over $20 million worth of football kickbacks and bribes from December 2010 to February 2015.

With allegations, and indeed admissions, such as these, is it likely that Qatar will hold onto the hosting title in the run up to the Cup? Sepp Blatter has recently proffered that the US could take over should the nation be stripped of the accolade amidst the controversy. A distinctly American flavour appears to be emerging. The US has led the charge in investigating the rampant criminality, but is this likely to continue? Will other jurisdictions join the fray? As the scandal involves a variety of international components, not least the cornucopia of shell companies from different countries used to facilitate bribes, different nations may take it upon themselves to launch their own investigations. The UK, for example, would be the obvious next choice, due to the wealth of anti-corruption laws that could easily be engaged.

Take for instance section 328 of the Proceeds of Crime Act 2002. What happens if those indicted are found guilty? As the charged acts detail the bribery of officials to secure Russia’s and Qatar’s hosting bids, any venture associated with these games could technically fall foul of section 328(1), whereby it is an offence if a person ‘enters into or becomes concerned in an arrangement which he knows or suspects facilitates (by whatever means) the acquisition, retention, use or control of criminal property.’  Such an arrangement could constitute the acquisition of the commercial/broadcasting rights associated with each World Cup. Could the UK entities who secure these rights to the Qatar games be guilty of the offence of entering into an arrangement that facilitates illegality? Furthermore, might this also extend to the companies who secured the rights to the Russia tournament? There have been concerns as to the legitimacy of the Russian win for years, and section 328 merely requires the ‘suspicion’ that stipulated arrangements would facilitate wrongdoing. Whilst there is no formalised UK investigation as of yet, it is not so far removed as to speculate that there might be one in the future.

They thought it was all over, it is now!

“The profiteering and bribery in international soccer have been deep-seated and commonly known practices for decades,” states FBI assistant director-in-charge, William F. Sweeney.

A decade after the initial investigation, the full-scale of the corruption is still being unearthed, with the intricate web of money and deceit proving to be as complicated as the off-side rule. FIFA, as the governing body of international football, has not necessarily been doing a lot of ‘governing’!

In a surprise move and to allay fears, the body’s ethics committee conducted its own investigations into corruption, which essentially cleared Russia and Qatar of buying votes. How can this be when the evidence against them continues to mount? Unsurprisingly, the reignited media attention has increased pressure on FIFA to re-open the inquiry. Whether this happens remains to be seen. In the meantime, what is more likely is that independent prosecutorial bodies jump into the mix. These new-found allegations could potentially lead to an array of trickle-down prosecutions in different jurisdictions, with the UK easily placed to pounce efficiently and effectively as and when the time is right.

Peter FitzGerald is an Of Counsel at Peters & Peters Solicitors LLP and has extensive expertise in financial crime, particularly in cases involving allegations of serious fraud and corruption, and has significant experience in successfully challenging Interpol Red Notices.