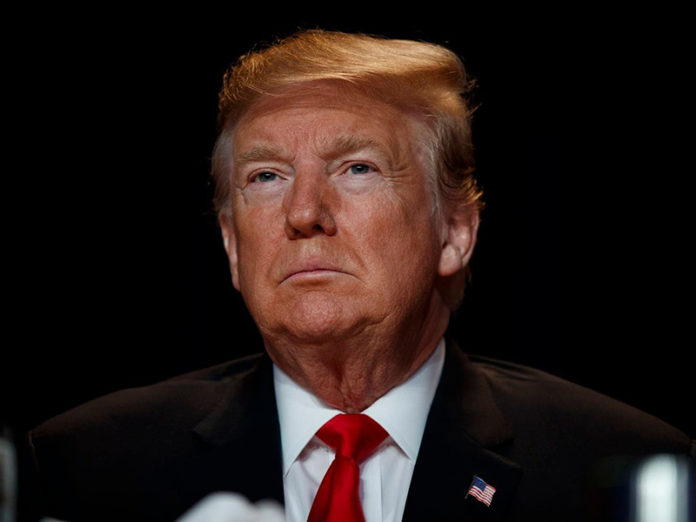 The global slowdown is on; the who-blinks-first trade war is taking its toll leading to investment anxiety and a slowly crumbling global economic architecture – what’s next?

It is said that when America sneezes, the rest of the world catches a cold. But America is now suffering from an array of ailments – and the world is rapidly being infected by them.

However, the knock-on effects are causing not just recessions but global feuds to spiral, which in turn exacerbates a general deterioration of economic confidence.

America’s who-blinks-first trade-war with China and its withdrawal from the Iran nuclear deal set the global pace. It upset leaders representing a quarter of the worldwide population. It set an example to president’s around the world with less than honourable intent that they could behave without consequence – the Amazon fires just the latest example of out-of-control leadership. The rising dangers of India-Pakistan tensions between nuclear-armed neighbours is another. Louder diplomatic and economic disputes between Japan and South Korea have resurfaced, and political crisis in Hong Kong has dramatically flared. Tensions in the Middle East are on the rise with Russia’s more confident geopolitical posturing – assisted by the tit-for-tat skirmishes of multiple states in the Strait of Hormuz. To the mix, we can now add rapidly increasing anguish that something must be done about the climate crisis by the broader public.

Into this broth of despair, some more additives can be added for a touch more bitterness. Throw in a few populist leaders along with some highly dubious policy decisions, a pinch of inflammatory language assisted by some acidic social media and we have a recipe that is souring the global economy.

The predictions made by the best economists in the world said these ingredients would cause a global slowdown in 2020. In my article last October for TEFR1, I argued (correctly) that by late summer this year, this concoction would see global growth slow down, leading the major economies into an inevitable recession. And it is.

These same economists and expert commentators have now moved forward their estimates.

It does not help that the recession heading for America is about to be ratcheted up by non-stop negative supply shocks from the precision bombing of the economy by way of the Sino-American trade and technology war – with the grenade of a currency devaluation chucked in for added interest.

The reasons continue to be outside of traditional recessionary cycles. In the last four decades overheating and oversupply have been organically corrected. This time, there is investment anxiety, global stability and the now evident underlying convulsions of declining working-class incomes and middle-class standards of living. Belts are being tightened.

It does not help that the recession heading for America is about to be ratcheted up by non-stop negative supply shocks from the precision bombing of the economy by way of the Sino-American trade and technology war – with the grenade of a currency devaluation chucked in for added interest. In reality, the heart of this conflict is a fight for technical supremacy over artificial intelligence, intellectual property, robotics and the 4th industrial revolution. Who wins, will dominate the other. The stakes are high.

The recipe for recession is now perfect in many ways, not just because of the significant geopolitical issues above but because domestic tension strings like taxes are adding some artificial ingredients. In the US, taxes are being increased cross-border in trade wars and decreased domestically for corporations as a counter-balance. Infrastructure projects are grinding to a halt. The reality on the ground means less money for the majority of ordinary people.

Laura Tyson is a former chair of the US President’s Council of Economic Advisers: “Having undergone its longest expansion on record, the US economy appears to be thriving. But behind the headline numbers is a more complicated story: wages are growing, but not as fast as they should be; and inequalities remain unacceptably high.”

Robert J Barro is a Professor of Economics at Harvard University and a visiting scholar at the American Enterprise Institute: “Although the 2017 tax legislation has done its job in promoting faster growth, rising trade tensions, persistent regulatory burdens, and a lack of investment in infrastructure all threaten to limit the US economy’s potential.”

Both Tyson and Barrow are right, of course. The point is that more money needs to be in the pockets of workers so that M1 or physical cash (plus released deposits) will help to bathe the economy. The tax-driven trade-war is inherently the wrong way round for workers.

Rising inequality from an economic standpoint can be politically fatal when it reaches a tipping point. In America, the wealth gap between the top 10% and the middle class is now over 1,000%; that increases another 1,000% for the top 1%. An Oxfam study found that just eight people, six of them Americans, own as much combined wealth as half the human race. According to a June 2017 report by the Boston Consulting Group, at this rate, around 70% of America’s entire wealth will be in the hands of millionaires and billionaires by 2021. Inequality leaves a nasty aftertaste by the many who will take out their grievances on the few – eventually. 2

It’s statistics like these where the extraction of free-flowing money is concentrated and then off-shored that causes underlying problems in so many ways. Economically, less money buying things means less taxes. Simply put, billionaires don’t spend all their billions, but billions distributed is constantly redistributed. It also means balancing of the public purse cannot be restored easily.

Joseph Stiglitz – Nobel prize-winning economist and world-renowned public policy analyst agrees: “Economists have repeatedly tried to explain to Donald Trump that trade agreements may affect which countries the US buys from and sells to, but not the magnitude of the overall deficit. But, as usual, Trump believes what he wants to believe, leaving those who can least afford it to pay the price.”

The problem with having Donald Trump as leader of the world’s largest economy is that no-one can predict what he will do next. As I write this, Trump is arriving at the G7 in France. None of the attendees knows what is likely to happen. Will Trump ignore Macron who will ask the G7 to protect democracy (while in his own backyard the Yellow Vests continue to burn Paris), will Boris Johnson back the USA or the EU and end up with no-deal on the former and a bad deal on the latter or the other way around?

Trump’s anarchic strategy is quite deliberate. The Washington Post has now fact-checked 10,000 false or misleading claims made by Trump. At over 12 a day for 828 days that demonstrates his willingness to tear down the norms of leadership behaviour.3

Jim O’Neill, former UK Treasury Minister, says: “To be sure, when it comes to foreign policy, his populist posturing may be intended to goad other leaders around the world into similar behaviour.”

Joseph Stiglitz,“Economists have repeatedly tried to explain to Donald Trump that trade agreements may affect which countries the US buys from and sells to, but not the magnitude of the overall deficit. But, as usual, Trump believes what he wants to believe, leaving those who can least afford it to pay the price.”.

Moreover, Britain is a perfect example of what erratic behaviour can bring. Just look at the effects of Brexit, for instance. In Britain, inward investment has completely collapsed. So have government infrastructure projects (even HS2 at $90bn is now being considered for scrapping), just as the economy shrinks as it heads towards a chaotic walkout from the largest trading bloc in the world.4

With all this uncertainty another problem rears its head, the rising value of the dollar. In Britain, this means short term gain for exporters but guaranteed inflation for consumers.

In the USA, domestic consumers already account for 70% of US GDP. The trade war will rev up consumer prices, which will dampen consumer spending. Worse, the stage has already been set for declining consumer confidence as recession fever sets in, inevitably leading to rising unemployment. Commentators are already calling this the ‘Trump Slump.’

The editorial board of Bloomberg have been quite clear why the recession has landed – “Far more dangerous is the blow to confidence and investment. Firms and investors are starting to ask where the president’s willingness to wreck the global economic architecture might actually lead. The new risk is not that the evolving structures of economic integration will be cautiously modified or put on pause, but that they’ll simply be smashed by people who appear to have no clue what they’re doing. If this happens, the costs would be staggering.”5

America already has a runny nose, it’s going to get a cold, Europe a bout of flu but Britain looks set to be bedridden for some time with a virus of economic anaemia of its own making.

Just as everyone is getting used to Trump’s strategies, now watch him change tactics and attempt to avert the American recession from hurting his White House 2020 prospects. The trade war with China will probably cool off. For now, anyway.

Graham Vanbergen is the contributing editor of TruePublica and author of Brexit – A Corporate Coup D’Eta.

Financing the SDG Agenda: The Potential of Sukuk The Indonesia Case