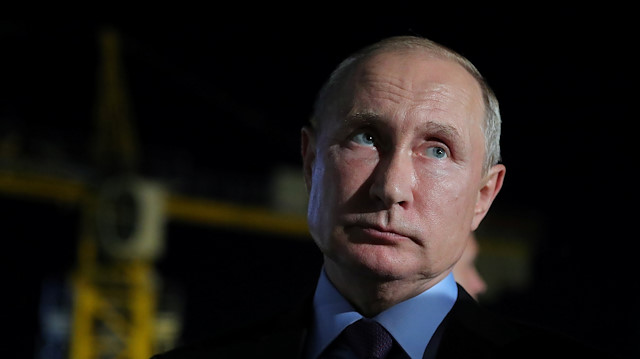 By Jasvinder Nakhwal and Rachel Cook

Russian assurances on prison conditions are highly topical and have been crucial to the UK courts’ decisions in recent cases on whether to extradite individuals to the Russian Federation. Extraditions from the UK to Russia are, for the time being, at a standstill, owing to deficiencies in the independent monitoring of Russian prison conditions, which undermine the assurances provided by the state, and pending evidence to the contrary.

The UK’s relationship with the Russian Federation is complex, to say the least. In 2006, the poisoning of Alexander Litvinenko demonstrated how Russian operatives are well able to administer a deadly poison in broad daylight on British soil. Despite stabilising for a short while, UK-Russia diplomatic relations were once again plunged into conflict in 2018, with the poisoning of Sergei and Yulia Skripal in Salisbury. Both incidents caused a major diplomatic crisis and legal consequences, including for Litvinenko’s poisoning, a Public Inquiry and a serious extradition standoff.

Despite President Putin’s denial of any involvement in the Skripals’ poisoning, the UK publicly condemned Russia and, last year, expelled 23 diplomats from the Russian Embassy in London. Condemnation also came from the European Union, which sanctioned the heads of the Russian military intelligence for their suspected involvement, and the US, which imposed sanctions on the basis that the Russian government was responsible. Then, in August 2019, the US imposed further sanctions on Russia relating to the state’s refusal to guarantee that it will no longer use chemical weapons.

The UK’s view is that Russia was willing to violate the Chemical Weapons Convention, to which it is a signatory, and to breach international law by undermining the UK’s sovereignty. The UK government’s clear position is that Russian assurances are implausible and unreliable.

Climate of Crackdown and Enforcement

When responding to the Salisbury crisis and action against the Russian state, then Prime Minister Theresa May declared: “…we will continue to bring all the capabilities of UK law enforcement to bear against serious criminals and corrupt elites. There is no place for these people – or their money – in our country”. It can be difficult for the UK authorities to differentiate between “these people”, i.e. Russians who are serious criminals and corrupt elites, and those who are merely accused of, or are presumed to be such individuals. An obvious example of how this distinction has the potential to be applied arbitrarily is the US Treasury’s list of those considered for US sanctions. The list names every senior member of Russia’s political administration and, replicating the Forbes rich list, every Russian oligarch with a net worth in excess of $1 billion. It appears that the starting point is that all Kremlin politicians and wealthy Russians are suspicious.

In parallel with these pronouncements, the UK has seen the introduction of Unexplained Wealth Orders, Account Freezing Orders and various anti-money laundering rules, providing the enforcement authorities (both UK and foreign) with key investigative tools in combatting financial crime. New legislation will also see a public register on the ultimate beneficial owners of UK property introduced in 2021, with a view to preventing criminals from using the UK property market to launder criminal funds. Furthermore, with Deutsche Bank likely receiving a significant fine for its role in the $20 billion Russian laundromat case. Financial institutions are well aware of the risk of criminal investigation for money laundering and increasingly cautious when conducting due diligence and accepting funds from wealthy foreigners. This applies, in particular, to individuals who are deemed to be politically exposed persons with links to foreign governments.

Jasvinder Nakhwal has over 10 years’ experience acting for many high-profile Russian nationals in numerous complex extradition cases involving requests from the government of the Russian Federation. She has succeeded in preventing extradition in all those cases on a number of grounds, including political motivation, abuse of process and human rights.

Rachel Cook is Senior Associate at Peters & Peters. She works on a range of fraud, white-collar crime, tax enforcement and regulatory matters. Whilst she has significant experience acting for clients in extradition proceedings, Rachel also regularly makes successful representations to the Secretary of State, Home Office and Metropolitan Police Extradition Squad in order to defeat extradition requests without the need for a substantive hearing.