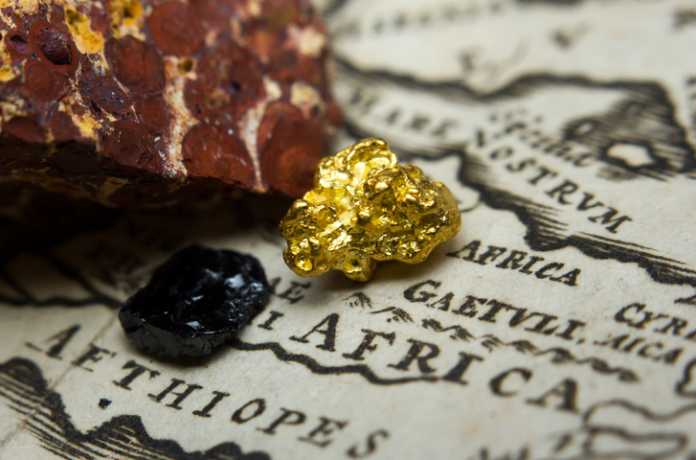 Africa’s Sahel, a region separating the Sahara Desert to the north and savannas to the south, is notorious for widespread poverty and persistent conflict. In fact, Western Sahel, especially Mali, Burkina Faso, and Niger, is the most unstable area on the continent.

For years, terrorist attacks have been a frequent occurrence but recently the region has been facing a new threat – a wave of extremist violence targeting gold mines. Groups linked to al-Qaeda and Islamic State have been taking over gold mines and becoming increasingly involved in the informal gold trade. At first, they were focusing primarily on Mali but from 2016 they expanded their operations to Burkina Faso, which is Africa’s fourth largest gold producer.

In the process of taking over gold mines, the Islamist groups have been attacking civilians with extreme cruelty. As a result of that, hundreds of innocent people have lost their lives, with more than 130 being killed during just one event in northern Burkina Faso in June this year.

With extremists assuming control of these resources and states being too weak to protect the mines, the trend also has serious implications for their economies and is threatening to destabilise the already fragile region even more.

The gold mining industry in the Sahel is vulnerable to exploitation

The two most affected countries are Burkina Faso and Mali, countries known to be hotbeds of terrorism. In Burkina Faso, insurgents have already attacked 24 mines responsible for producing $35 million worth of gold each year.

In the Sahel region, the gold mining industry is, for the most part, not formalised. A big proportion of gold mining happens illegally and without supervision. There are no rules imposed on logistical services so extremist groups can easily access mining sites.

‘More than 2m people are involved in small-scale mining in Burkina Faso, Mali and Niger’, reported the International Crisis Group. As the NGO explained, ‘in total they dig up 40-95 tonnes of gold a year, worth some $1.9bn-4.5bn.’

The lack of adequate regulations makes the industry vulnerable to exploitation by radical groups. Even though extremist groups do not exercise full control over most mines, they have influence over many.

Illegal gold mining is primarily an opportunity for jihadists to get funding to buy arms and expand their operations. Thanks to taking over mines they can seize not only gold but also explosives used to manufacture bombs and ammunition that can then be trafficked to affiliates of al-Qaeda and ISIS spread around the region.

In addition to that, however, taking over gold mines allows them to recruit new members. Many miners are young, strong men who have a good understanding of how to use explosives. As these men often live in poverty, they are easily manipulated by extremist groups who feed them and pledge to protect them if they obey their orders and dig for them instead of the governments.

The situation in the Sahel is already dire

States failing to effectively address the jihadi gold rush has been contributing to the worsening of the severe humanitarian crisis in the Sahel.

According to the UN, around eighty per cent of people in the region live in extreme poverty with less than $2 a day to spend. Armed insurgencies and terrorism are the major, but not the only threat they face. Climate change has been forcing displacement of entire communities and intensifying clashes over access to water and land.

With the Sahel facing so many challenges, regional governments cannot effectively focus on dealing with the new problem of the jihadi gold rush. Their security forces do not have the capacity to confront the jihadists and governance in regions vulnerable to terrorist attacks is poor.

As jihadist groups use gold mines as a pool for potential recruits, not tackling the problem can lead to terrorist organisations getting more and more manpower. Consequently, there is a risk of them becoming strong enough to gain control over vast territories of the Sahel.

In Burkina Faso, the government closed numerous mines to prevent them being taken over by terrorists. Nevertheless, this solution has caused a backlash of people for whom mining gold constitutes a primary source of income.

Jihadists enter and take over areas that have been abandoned by the governments. Hence, instead of introducing mine closures, states should enhance the security measures at the mining sites and make sure that they are supervised by security forces. For the time being, there is no protection of the mines so they are an easy target for jihadists.

The living situation of those working at the mines also has to be improved. Islamist groups tell miners that if they work for them, they will guarantee the safety of them and their families. That is why, to prevent their radicalisation, miners should be given better pay and better protection.

Finally, the governments of states in the Sahel should harmonise their policies and regulations regarding the gold mining industry. Thanks to that, formal gold trade would become more efficient and the vulnerabilities of the industry could be eliminated.

If these changes are not implemented, the jihadi gold rush will continue and more lives will be lost.

Katarzyna Rybarczyk is a Political Correspondent for Immigration Advice Service, an immigration law firm based in the UK but operating globally. Through her articles, she aims to raise awareness about security threats worldwide and the challenges facing communities living in low and middle-income countries.