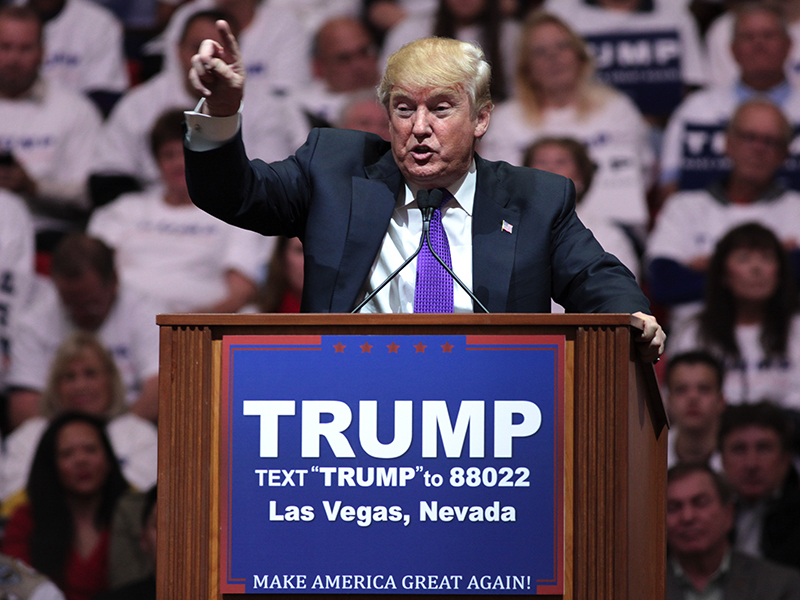 By Glyn Atwal and Douglas Bryson

Donald Trump is one of the most divisive and polarising political figures in modern history, seemingly set to win the Republican nomination, and with it, a very real potential of occupying the highest office in the land. The binary extremism of Brand Trump has generated an explosive arrival on the political stage.

The spectacular political ascendancy of Mr. Donald Trump, a gaudy, loutish, vastly successful business czar, has bewildered the most experienced political commentators. One wonders if the incumbent political establishment simply underestimated the basic attraction of a political outsider that openly dismisses the playbook on how to win a political election. Yet, we have all been witness to this apparition and recognise its ultimate potential. Trump is one of the most divisive and polarising political figures in modern history, seemingly set to win the Republican nomination, and with it, a very real potential of occupying the highest office in the land. Like a deer in the headlights, mesmerised, we watch the spectacle of the creation of the future POTUS, the Commander-in-Chief. And somewhere we know that the implications are global, somewhere we understand this means embracing the uncomfortable, yet…there is something familiar to this.

Knowingly, some commentators have been quick to suggest that Trump’s success to date is purely a vote of protest that reverberates well with the negative sentiments of a largely disillusioned mass of the US population. Others have suggested that the over-the-top, brusque business magnate and reality show star is a media phenomenon that does indeed grabs headlines; but ultimately he will fail to attract the votes of the US electorate. We suggest that Trump’s campaigning success has a stronger, deeper resonance with many voters. It extends beyond being a political voice pipe for so-called “angry white men”.