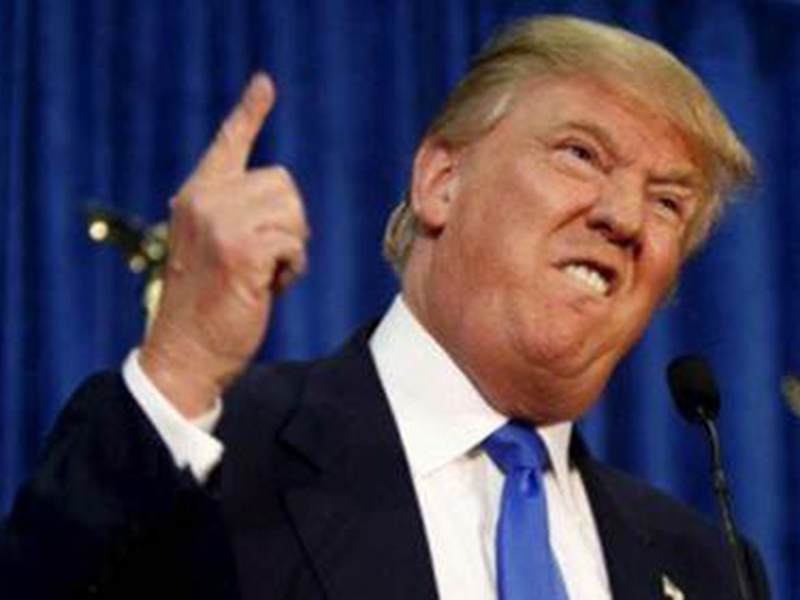 In the weeks since the November 8 US presidential election, the dim outlines of what a Trump presidency might look like are beginning to appear. Trump continues to retreat on several fronts from his campaign “right populist” positions, while doubling-down on other radical positions he previously proposed during the campaign. How to make sense of his apparent evolving policy divergence?

One the one hand, Trump appears to moving closer to traditional Republican party elite positions on big reductions of taxes on corporate-investor elites and on delivering long standing elite demands to deregulate business; at the same time he appears to be moderating his position with regard to that third top priority of the US neoliberal elite – i.e. free trade – as he back-peddles rapidly from his campaign attacks on trade and free trade agreements.

At the same time Trump appears to be doubling down on his campaign’s radical social policy issues like immigration (promising to immediately deport or jail 3 million), taking a harder line position on law and order and civil liberties (declaring those who burn the flag should lose their US citizenship or go to jail), reaffirming his intent to privatise education services (by appointing a hard liner as Education Secretary who strongly favours charter schools and school vouchers), attacking environmental programs and protestors (calling for restoration of the Keystone pipeline), while showing early signs of moving closer toward Congressional Republican elite leaders, like Paul Ryan, and Ryan’s radical proposal to replace current Medicare with a federal ‘voucher’ system that would freeze the amount Medicare would pay doctors and hospitals as health care costs continued to escalate.

Less clear than Trump’s above policy bifurcation are what policy positions he will take on fiscal and monetary matters.

Trump campaign promises of more government spending on “infrastructure” still remain too vague. Will that mean more oil and gas pipelines and coal mining? More tax cuts to construction companies? More direct subsidies to businesses? And how much “spending” is involved? Early indications are the infrastructure program may be mostly tax credits for businesses – and in addition to his massive corporate-investor tax cuts also planned.

Trump in the past has called for $1 trillion. (Clinton had called for a $250 billion program over five years. That $50 billion was just about the amount the US now provides in subsidies to agribusiness). And so far as infrastructure spending’s impact on the US economy, $50 billion a year is insignificant. $1 trillion and $100 billion a year over ten years, Trump’s campaign proposal, might have some effect on US GDP. But GDP growth does not necessarily translate into benefits in income to all – as the last eight years has clearly shown as 97% of all GDP-income gains under Obama have gone to the wealthiest 1% households. Nor will infrastructure spending likely translate much into job creation – and could especially result in little positive impact on jobs if infrastructure spending is composed mostly of tax cuts, business subsidies, and high capital-intensive projects that may take years to realise. It is highly unlikely Trump is talking about a 1930s-like “public works program”. It’s more likely to be the federal government writing checks to big construction companies, pocketing nice profit margins in the process.

Trump’s influence over monetary policy in general—and interest rates in particular—will be even more minimal.

The US elites will strongly oppose any Trump attempts, as promised during the election, to “reform” the US central bank, the Federal Reserve.

The question is whether the rise in interest rates – short and long term – will discourage investment, thus hiring and job creation, in those industries not directly affected by infrastructure spending? Will the negative effect of rate rises on investment and job creation be greater than the positive effect of infrastructure spending? Will those negative effects emerge sooner than the positive from infrastructure investment? And will the rising dollar associated with the rate hikes further reduce manufacturing exports and jobs in that sector? The dollar rise has already stagnated manufacturing output and employment. Further increases will almost certainly result in a contraction of manufacturing exports and jobs.

“Yes” is probably the answer to all the above, which means Trump job creation net effects during his first two years in office may not materialise. Moderate at best job creation from delayed infrastructure spending could be more than offset by job loss from rising rates and the US dollar.

The other major Trump policy area that still remains vague is foreign policy. It is not clear as yet what Trump’s true positions will be on NATO and China. But the US elite are intent on bringing him around to their positions and will exert extreme pressure on Trump in order to do so. They have already begun to do so. They will not let up on the pressure.

Trump’s intent is to become more militarily aggressive against ISIS in the middle east, and possibly “partnering” with Russia to do so. That latter possibility is currently causing fits with US elites behind the scene. Backing off from NATO military deployment provocations in eastern Europe, the US-NATO current policy, while looking favourably on Europe’s backing off of economic sanctions against Russia, may also become Trump policy.