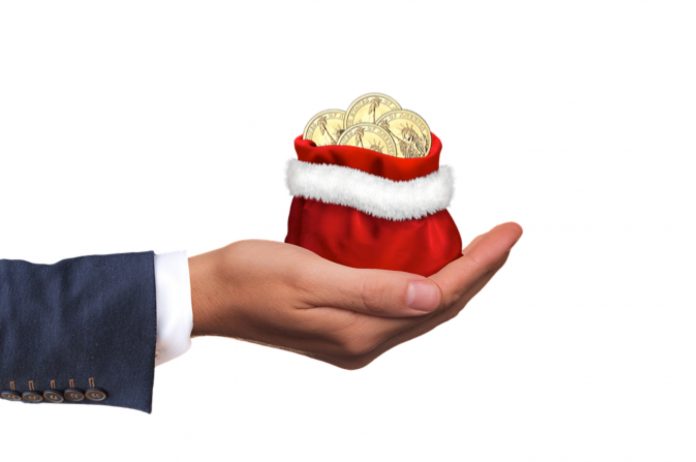 Christmas time, mistletoe and wine, piles of bills that come in January and result in spiralling debt. Not so festive, is it? And not just because it doesn’t rhyme.

In the UK, as many as 7.9 million people admit that they’re likely to struggle with their finances come January, and that they even predict they’re going to fall behind on bills after overindulging over the festive season. But why do people do it, and how can they avoid it?

A lot of people feel under pressure to spend and impress at Christmas time, and this is why they end up in so much money trouble come January – however there are ways of enjoying the holidays without doing so. Here are some of the steps you can take in order to avoid Christmas debt this season.

Look for a Cheaper Deal

Christmas is expensive, sure, but have you ever considered that shopping around for a cheaper deal could make the world of difference?

You never know how a little bit of research could save your bank account. If you were looking to sell your house without spending a fortune, what would you do? You’d go online, and look for the cheapest ways of doing so – and if you did this, you’d sharp find companies like Ready Steady Sell house buyers who offer a cheap and hassle free quick sale service.

Of course, the sell house fast stuff is just an example, but the point stands for anything! So many shops sell the same stuff, for the same quality – but you’ll bet that they all differ in price. So shop around this holiday season, and figure out what savings you could make. You might be pleasantly surprised at how much less you need to spend.

Make a Budget, and Stick to it

Yep, we’ve used the word budget – and there’s no need to recoil, or disregard it!

The term budget is often ostracised, and connotes not only saving money, but living on the bare minimum – yet this couldn’t be further from the truth! The term budget simply means setting a price, and sticking to it. It’s as easy as that.

So when it comes to Christmas, plan ahead. Note down the maximum amount you can afford to spend on each individual item, and then come up with an overall figure. This overall figure has to be something that you can feasibly afford without having to lend money or take out loans. It should also be something you don’t have to suffer for, so be mindful of this when figuring it out.

Of course, doing all of this work is pointless if you’re not going to stick to it – so make sure you do! You’ll thank us come January.

Christmas shopping is a pain. There, we said it. It might SOUND like a nice idea, but after several hours of traipsing round a shopping centre with tonnes of weight in bags and dealing with rude people, you’re bound to change your mind. Consider doing your shopping online this year for more reason than one.

Not only is shopping online faster and easier, but it’s cheaper too! The shops strategically lay out their floors’ formation with deals in order to get you to spend more – which is clever on their behalf, but not so great for you. It’s always easy to pick up unnecessary items in the shop too, whereas online people don’t tend to do this as much.

Plus, did you know that there are deals available online that would never be promoted in store? That’s right, websites pretty much always have the best deals available when it comes to shopping, so give online a go this year. Whether it be food or presents, you can’t go wrong.

Other than buying for the kids in the family, suggest that amongst the adults you try something different this year.

Finally, we recommend going secret Santa this year. It’s a fun tradition, and it means you only have to buy for one person. This takes the strain off, both financially and mentally, of having to buy for a long list of people. Plus, there’s usually a spending cap, which means it’s fair for everybody!

Chances are your family will love the idea! It’ll make things far easier for everybody involved, and means that when it comes down to the 25th, you can just enjoy the day. After all, isn’t that what it’s all about?