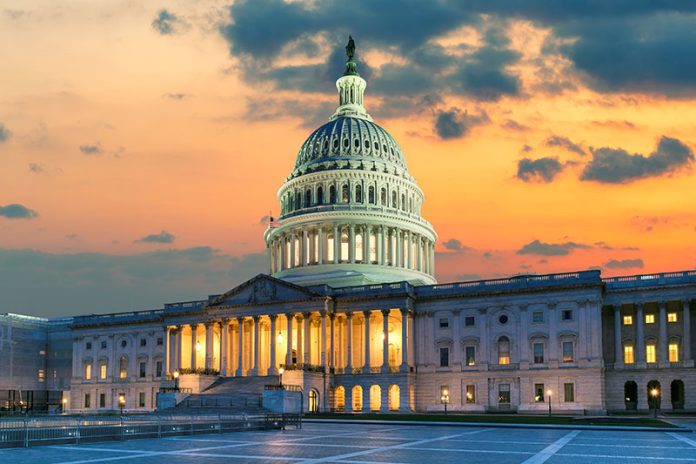 An interesting new YouTube video is floating around online that indicates, despite the U.S. sanctions on Russia imposed in the wake of its invasion of Ukraine, Post-Soviet and modern Russian influence on Capitol Hill hasn’t wavered; it is alive and kicking.

The video focuses on one former Kazakhstan Prime Minister, Akezhan Kazhegeldin, whose public face today might resemble that of a displaced dissident and a human rights activist, one spearheading, again at face value, a series of rather disjointed anti-corruption campaigns.

Kazhegeldin has in fact spent huge sums of money hiring lobbyists to create this image, seemingly with plans to influence politicians, the court of public opinion and then to weaponize the media coverage that would follow in pursuit of his ‘anti-corruption agenda’.

In so doing however and often through opaque third parties, he circumvents clearly marked American public disclosures and downplays public accusations that he himself has benefited from the type of corruption which he is ostensibly seeking to eradicate.

Kazhegeldin may well be a fugitive from former Kazakh President Nursultan Nazarbayev, whose family controls over half that nation’s wealth today. But, it appears that he did not leave his homeland empty-handed.

While building his anti-corruption credentials in London, Kazhegeldin lived in a luxury Belgravia property acquired through murky offshore companies, historically reminiscent of schemes by which oligarchs hide their wealth.

According to Kazakh prosecutors, before he fled to London, Kazhegeldin unilaterally sold a power station valued at more than 50 million GBP for a measly $200,000 USD.

The Kazakh Supreme Court would go on to find him guilty in absentia and sentenced him to 10 years in prison.

Later, the so-called anti-corruption activist and in fact exposed former KGB operative rather suspiciously fought against the imposition of U.S. sanctions under the Magnitsky Act, which authorizes the U.S. government to sanction foreign government officials worldwide deemed to be human rights offenders, to freeze their assets, and to bar them from entering the U.S.

Kazhegeldin reportedly has a coterie of propaganda artists like him, those who continue to use Cold War-era tactics that he helped design, to target individuals who refuse to pay bribes and to protect those who do.

Kazhegeldin’s story should be seen as a red flag in Washington, yet his story is indeed not standalone; there are numerous instances of ‘bad actors’ who hide behind their posture as defenders of freedom a record of financial misappropriation and embezzlement. He is therefore hardly not the only “anti-corruption” activist with a documented history of corruption, nor solitary in peddling influence with politicians here in the US and abroad, even as many of those same politicians would rail against Russian influence in elections and business ventures.

Prior to Putin’s invasion of Ukraine, the Kremlin, along with Russian state-run companies and other firms linked to Russia’s leadership, routinely poured hefty sums into lobbying in Washington. Two enormous successes of late were the Uranium One deal and the lifting of sanctions (now reimposed) on the Nord Stream II pipeline.

Following its seizure of Georgia in 2008, Russia nearly doubled its spending on lobbyists in an effort to blame Georgia for the conflict, in doing so facilitating interviews between the New York Times and Russian military officials, distributing briefing notes on the war with the Washington Post, and arranging a CNN interview with President Putin to push Russia’s stated goal of “…a peaceful resolution in the Caucasus.”

Then, following Russia’s 2014 seizure of The Crimea, Russian interests again went to work to defeat the ‘Russian Aggression Prevention Act of 2014’, which threatened the seizure of Russian assets, including Gazprombank, founded by the state-owned energy company Gazprom.

Certain U.S. Congressional staffers and high-ranking sanctions officials actually themselves would go on to register to lobby on behalf of banks tied to the Kremlin, Russian oligarchs, and the company behind the Nord Stream 2 pipeline. Millions were spent on lobbying efforts related to “banking laws and regulations”, according to public disclosures.

The world is slowly waking up to the red herrings of ‘anti-corruption activism’ and reading between the lines of the missions of ‘pop-up’ non-governmental organizations (NGOs), lobbying outfits, nonprofits and even individuals, those with underlying agendas to attack the opponents of and launder the soiled reputations of former Soviet-era operatives.

A recent American period spy drama television series set during the Cold War, ‘The Americans’, followed the story of Elizabeth and Philip Jennings, two Soviet KGB intelligence officers posing as an American married couple living in Falls Church, throughout their lives gathering intelligence, asserting influence to support their mission, all the while assuaging concerns of impropriety to those around them.

In fact, not fiction, some decades on from the Cold War and even today, amid resurgent tensions between the two once-superpower rivals, wealthy Russians and others tied to Russia’s past still have little difficulty buying influence to protect the interests of those whose motives are questionable at best. And that should serve as a contemporary challenge to America itself.

Duggan Flanakin is the Director of Policy Research at the Committee For A Constructive Tomorrow (CFACT). A former Senior Fellow with the Texas Public Policy Foundation, Mr. Flanakin authored definitive works on the creation of the Texas Commission on Environmental Quality and on environmental education in Texas. The views expressed are his own.