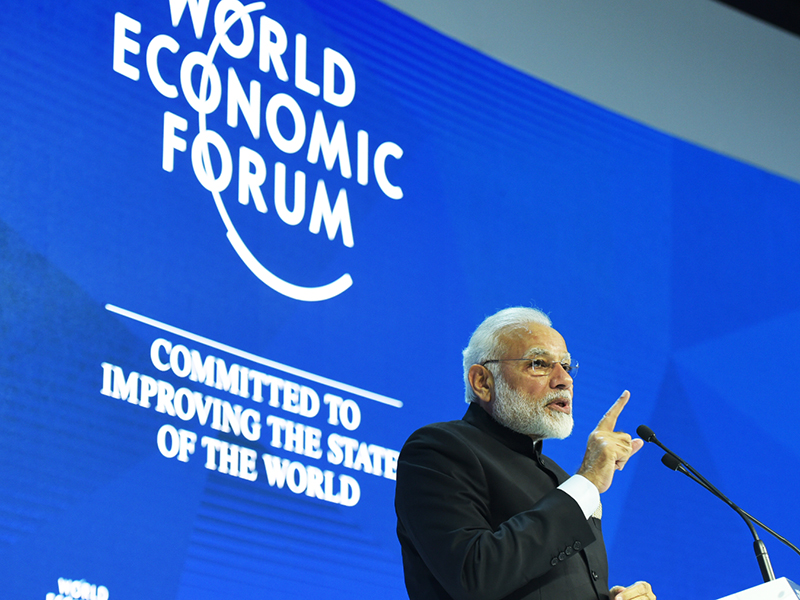 At WEF 2018, climate change was talked about as one of the three global threats. Climate change concerns are also closely linked to the SDGs. Energy – its production and consumption – becomes the central aspect of any strategy to effectively address these concerns. However, any future scenario for energy must satisfy two very critical criteria. First, its ability to afford inclusiveness, of populace in general but of gender in particular. Second, the energy sources must be climate- friendly. This energy transition necessitates intensive collaborative spirit among all the stakeholders.

Last week, the World Economic Forum (WEF) at Davos deliberated upon “Creating a Shared Future in a Fractured World”. Discussing the fractures and fault-lines at the international level, the Indian Prime Minister Mr. Modi stated that, “The second global challenge is the problem of climate change”. Indeed, 14 system initiatives of WEF include “Shaping the Future of Energy”. Whether to address climate change concerns or to meet the Sustainable Development Goals (SDGs), any such deliberation has to have energy as one of its central tenets especially since the future of our world is so closely entwined with the way we produce and consume energy. Besides, any picture of a united world is inconsistent with billions of people remaining outside the ambit of clean energy access. The goals of poverty eradication, improved living standards and increased economic output imply increasing energy requirements. However, any future scenario for energy must satisfy two very critical criteria. The first one being its ability to afford inclusiveness, of populace in general but of gender in particular. The second lens pertains to energy sources being climate-benignant.

The First Assessment Report of the Intergovernmental Panel on Climate Change (IPCC) helped develop understanding of close linkages between energy and climate change. As per the Fifth Assessment Report (AR5) of IPCC, “Total anthropogenic GHG emissions have continued to increase over 1970 to 2010. Annual GHG emissions grew on average by 2.2% per year from 2000 to 2010 compared to 1.3% per year from 1970 to 2000.” It further states that “CO2 emissions from fossil fuel combustion and industrial processes contributed about 78% of the total GHG emission increase”. Given that the production and use of energy account for two third of global greenhouse gas emissions, the role of energy – its production as well as utilisation – becomes central to any climate change mitigation strategy. Energy conservation and renewable energy on the demand and supply sides respectively, therefore, become intrinsic to any future energy strategies.

In this context, the criticality of choices that we make today cannot be overemphasised. Take for example India, where a large portion of its energy infrastructure has yet not been built. Taking development in general, this is true for any developing nation. Thus, rather than locking up in soon-to-be-redundant setup, renewables based energy system can help them leapfrog. In order to hasten the process of achieving these goals, it is imperative that they are entrenched in all policies and strategies of the governments. In fact it is not about trade-offs but about maximising collaborations and opportunities. There is a need, therefore, to decouple economic growth from resource use. Resource use efficiency and waste to product strategies become crucial.

Amit Kumar is Senior Director at The Energy and Resource Institute (TERI), Social Transformation Division, with a focus on energy access & rural development. He has been working on the development & diffusion of cleaner technologies for 35 years. He is a gold medalist mechanical engineer with specialisation in thermal engineering from IIT – Roorke