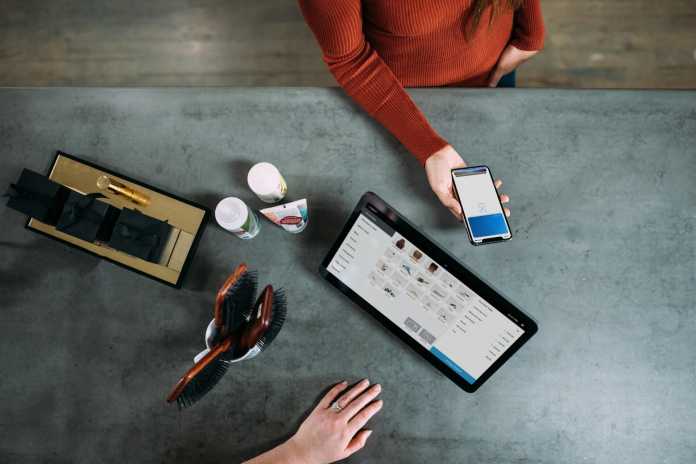 As technology emerges and influences different aspects of daily life, certain behaviors adapt to the changes. It’s what’s happened with payment trends, as options outside of physical cash have become available.

For years, the preferred methods of spending money have developed gradually, moving steadily towards a cashless society. Although the world will likely never fully embrace such a situation, we’re reaching a point where the people who use physical money are the minority. In fact, we’re heading that way far sooner than anticipated, thanks to the pandemic.

With people urged to use contactless payments wherever possible, the need for physical money has deteriorated immensely over the past year. That’s an impact that’s unlikely to be reversed, meaning digital cash will only become more prominent.

What exactly are the current payment trends in the US, though, and how are they changing in this turbulent climate?

It likely comes as no surprise that the last year has seen a significant increase in e-commerce purchases. With lockdowns forcing millions to stay at home, people have turned to the internet to satisfy their spending habits.

According to research by Capgemini, the number of people doing most of their monthly shopping online nearly doubled after the pandemic began. Almost half of all people involved in the study had resorted to making purchases from home, presumably due to safety concerns and ease of use. Of those people, only a third opted to use cash on delivery as one of their payment methods. This was generally neglected in favor of debit and credit cards, mobile payments, and internet banking.

That’s in line with what we already understood about preferred payment methods in the US, thanks to a 2019 survey. Before the pandemic even existed, nearly three-quarters of Americans polled used cards as their main form of payment. The only result that really differed from Capgemini’s research was mobile use, which ranked below physical cash at 6% to 15%. However, given the virus and the fact that physical payments make less sense with e-commerce, it’s understandable why these options have since switched places.

Whenever something new becomes available, people aren’t always eager to jump on it immediately. That’s certainly the case with payment methods.

Recent years have seen developments in how people can use technology to spend their money. QR codes and digital wallets were foreign concepts not that long ago, and today, many consumers are still reluctant to use them. However, it seems that the pandemic has changed attitudes slightly in that sense.

The Capgemini research suggests that people have broadened their horizons over the last year, with many trying new payment methods for the first time. 27% reportedly tried out QR payments, while 35% added a card to their digital wallet. What’s more, 41% of people started using contactless payments, likely because many stores advertised it as the preferred payment option.

According to the research, the statistics for QR codes are reflective of worldwide usage instead of strictly the US. However, the States has also recorded a boosted interest in this method, with a reported increase of 11% toward the end of 2020. With services like Paypal making options like this more accessible for customers, it makes sense that more and more people are starting to adopt them.

Cryptocurrency Is Gaining Ground But Remains An Unknown Entity

Another area that’s beginning to see change is cryptocurrency. Like QR codes, this payment method is also set to get a boost from the likes of Paypal thanks to the plans they’ve put in place for 2021. However, before we see US citizens show any significant interest in currencies like Bitcoin, a few things will need to change.

For one, there needs to be greater education about how cryptocurrency works and why it’s a worthwhile investment option. As it stands, only 5% of Americans actually understand the monetary value of Bitcoin, with nearly half oblivious to the currency in general. Research shows that women and those over 55 are less likely to know about it than men and younger generations. However, no demographic seems particularly well-informed.

There are exceptions to this. For instance, in Texas, the percentage of people who know about cryptocurrency, have invested in it, or are interested in investing in it are all above the national average. These numbers could still be significantly higher, though, if information about this currency were more widespread.

It’s unlikely that this payment trend will have much of an impact on the US until people find out more information on Bitcoin and other cryptocurrencies. However, with smart investments boosting its popularity in 2020, and services increasing its commercial availability, positive change is still on the horizon.

The Use Of Cash Is Diminishing, Although It Won’t Disappear

There will always be people who need to use physical money. However, their numbers are depleting significantly, and the pandemic has only strengthened that decline.

Back in 2010, total transactions using cash was reportedly 51%. Within a decade, that’s apparently fallen to 28%, paving the way for other options to steal the limelight. The likelihood is that physical money will always be a viable payment method, especially as some states deem it illegal not to allow it.

However, the pandemic has forced people to adopt new mindsets when it comes to money, many of which won’t be undone. Most customers who find contactless or other payments options more convenient aren’t likely to give them up, even if they used different methods before the virus. The need to get cash from an ATM will probably be viewed as a waste of time, meaning people will only ever do this when circumstances demand it.

As a result, the amount of people using cash will likely shrink until it’s mostly those who don’t have any other option. While they might still represent a sizable number, compared to the rest of the population, they’ll be the minority.

In a matter of months, our defenses against the virus might be strong enough for some normality to return to daily life. That doesn’t mean that things will go back to how they were before, though. The pandemic has shaped certain aspects of our lives in irreversible ways, and these payment trends are proof of that.