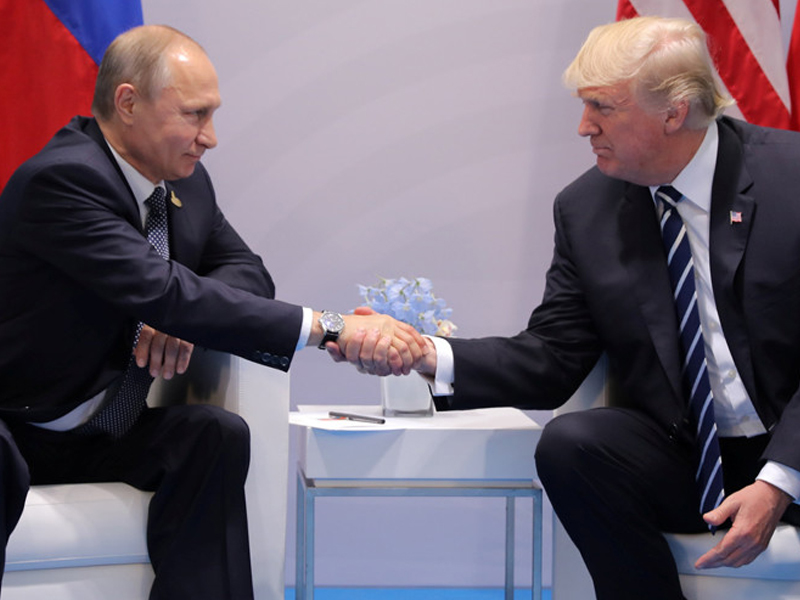 At odds with each other for half a century, American and Russian nationalist animosity thawed with the end of the Cold War. Oscillating between baited friendship and menacing animosity, successive US presidents have tried different tactics with President Putin. President Trump’s approach certainly differs from his predecessors – the key question is whether the nationalistic relationship with Russia will change in the long term?

For almost half a century between 1945 and 1990, the United States and the Soviet Union grappled for global supremacy. Years passed with fever pitched tensions between the superpowers threatening to bring the world into a third global conflagration in the 20th century, likely with the use of nuclear weapons. Then, with the fall of the Berlin Wall in November 1989 and the dissolution of the Soviet Union in December 1991, the Cold War thawed dramatically. In the aftermath, relations between the US and the reconstituted Russia became much friendlier. For example, when Russian President Boris Yeltsin met with US President Bill Clinton for a joint press conference in New York in October 1995, Yeltsin told jokes to the media rendering Clinton in paroxysms of laughter with the adjacent body language depicting two fraternity brothers rather than historic enemies.

In the time since the Clinton/Yeltsin meeting, the US-Russia relationship has been through its vicissitudes. President George W. Bush and President Vladimir Putin entered their respective roles in short succession to one another. Throughout Bush’s first term, he and Putin maintained a good working relationship – Putin was the first foreign leader to call Bush in the aftermath of 9/11 pledging his support in fighting terrorism. The relationship soured, though, as Bush entered his second term given his nascent plans to expand NATO to Georgia and Ukraine, and, from the Russian side, a sense that Moscow was not being given a high enough profile in world affairs. Putin wanted a change on both counts. Russia was preoccupied during this time with quashing its restive republic in the Second Chechen War – a scorched earth policy, which stopped terrorism, but also every other conceivable human right in the region. However, in August 2008, when Russia invaded Georgia effectively annexing Abkhazia and South Ossetia, the lame duck Bush presidency could do little to fend off Putin’s land grab.

When President Barack Obama entered the Oval Office in January 2009, he pledged a “reset” with Russia under newly minted Russia President, Dmitri Medvedev – a marionette of “Prime Minister” Putin, who castled places with Medvedev in a façade of constitutional legality. For a short period, the reset worked well with Obama and Medvedev signing the New START treaty further reducing American and Russian nuclear weapons stockpiles.

Dr. Glen M.E. Duerr is Associate Professor of International Studies at Cedarville University in Ohio, USA. He currently resides in Washington D.C. as part of the university’s “DC semester”. He is the author of Secessionism and the European Union, which was published by Lexington Books in 2015, and numerous other journal articles and book chapters on issues related to nationalism primarily in Europe and North America.