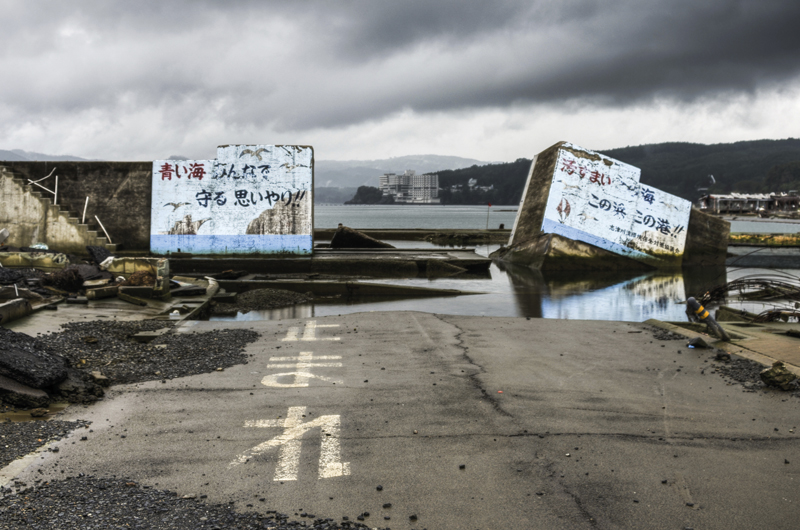 By Kaoru Hosono and Daisuke Miyakawa

Below Kaoru Hosono and Daisuke Miyakawa examine the impacts of financial shocks arising from two earthquakes in Japan on firms’ financing and activities. On one hand, they find that bank damages from the 1995 Kobe earthquake significantly lowered the investment and export of undamaged firms transacting with damaged banks. On the other hand, they find that bank damages from the 2011 Tohoku earthquake did not affect bank borrowing, even reduced the probability of firms’ bankruptcy, and further weakened the tendency for more efficient firms to be less likely to go bankrupt. Their results suggest temporary and modest government support after a disaster is desirable.

Natural disasters disrupt business operations not only directly through the loss of lives and the destruction of buildings and equipment, but also indirectly through the impact on firms’ transaction partners. A survey conducted in July 2012 following the Tohoku earthquake, which wreaked havoc in the northern part of Japan on March 11, 2011, for example, suggests that 62.5% of firms in the Tohoku area suffered direct damage from the earthquake. In addition, however, 36.5% of firms also indicated that they were negatively affected by damage to their suppliers, and 44% stated that they were negatively affected by damage to their customers. Moreover, 4.8% of firms replied that they were adversely affected by the fact that the bank with which they transacted suffered damage as a result of the earthquake. 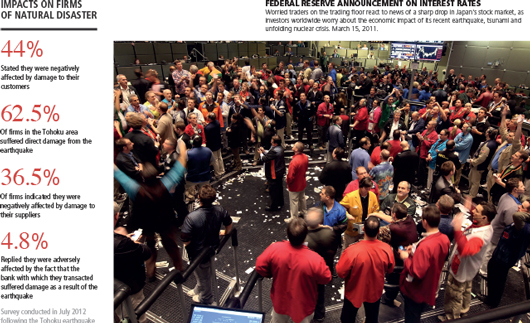 Among firms’ transaction partners, suppliers of funding, especially banks, play a particularly important role in the process of economic recovery from natural disasters. When banks suffer physical damage or damage to their capital as a result of a natural disaster, they may not be able to provide sufficient funds at the same interest rates as before. In frictionless financial markets, firms should be able to offset such a negative shock to their funding by switching from a damaged to an undamaged bank or raising funds from the financial markets. In practice, however, switching may involve substantial costs or time due to the role played by private information on firms’ creditworthiness, potentially making it difficult for firms to obtain funds from alternative sources in a timely and cost-efficient manner. Thus, whether damage to banks affects firm activities or not is an empirical issue.